There's nothing better than newness. Here are a few of my favorite new things:

My hand-studded Converse. My pair is actually olive green, but you get the picture. I got mine on eBay for about $45, which is lots cheaper than the ones that Converse sells directly. I like that the studs dress up my favorite shoe and give them even more rock-and-rollyness. And I like the idea of wearing them with lace tights. 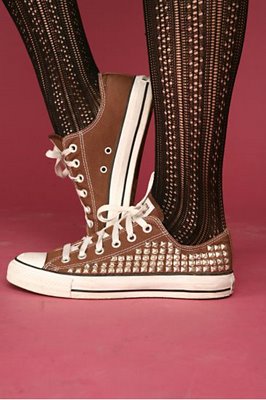 Then again, I may also just have a thing for studded shoes in general. Last year I bought these sweet pink Capezio ballet slippers from Bonadrag.com. I love them and have worn them tons. 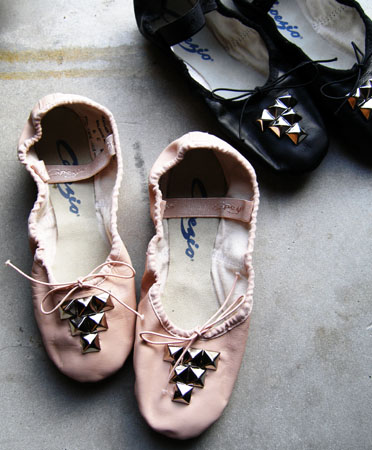 In other shoe news, about a month ago I got the Kybele shearling bootie from Nine West's Vintage America Collection. I'm 5'10" barefoot so I'm literally, like, 6'3" in these shoes, but I love them SO MUCH and they're the most comfortable heel I've ever worn. (Probably because of the bedroom slipper shearling.) That's not saying a lot though; I almost never wear heels. I hate that teetering I'm-taller-than-every-hot-guy-in-the-room feeling. I'll make an exception for these babies though. 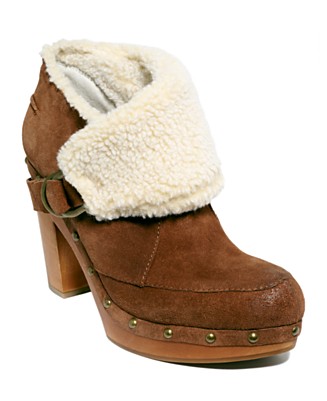 I also scooped up a couple of Shi Shu Baby blankets for Tessa on sale from Gilt Groupe. One of my favorite bloggers--James over at Bluebird Vintage--professed her love for them. I haven't received them yet, but I hope they're as to-die-for as she says. Cuddling with Tessa is tops on my list of things to look forward to this winter. 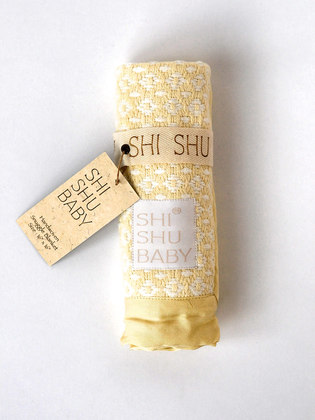 Bleubird's James has given me major hair envy. Because of her I'm inspired to keep growing, growing, growing. Several times a week she does a "What I Wore" feature. This was her over the weekend, draped in a vintage velvet cape and showing off her incredible mane and perfect profile. See more of her rad hair and outfit here. 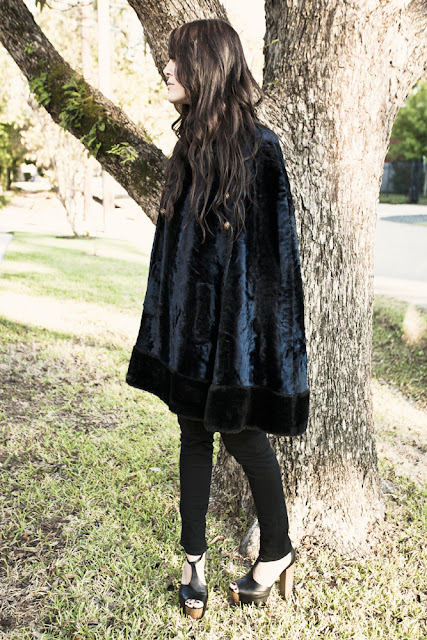 And last but not least, I finally got an original Emily Leonard painting. She's a Nashville artist who specializes in landscapes, but I'm a fan especially of her portraits, which are startling in the way they  capture nuance. Emily embarked awhile ago on a year-long endeavor she's called The Pasture Project, whereby she puts one painting or drawing up for sale each week through her email list and her Facebook. Half the proceeds go to charity. This is mine. It's called "Jen On Her Porch." I love her. 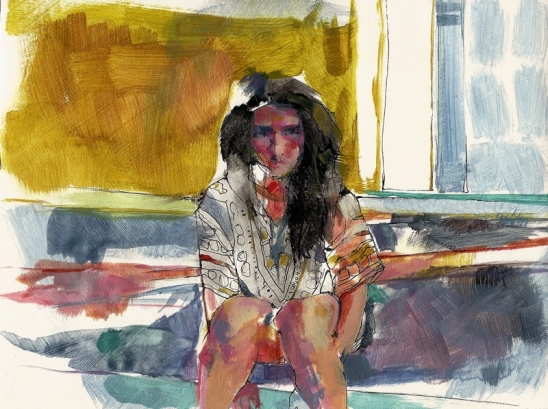 Posted by Ellen Mallernee Barnes at 9:24 AM