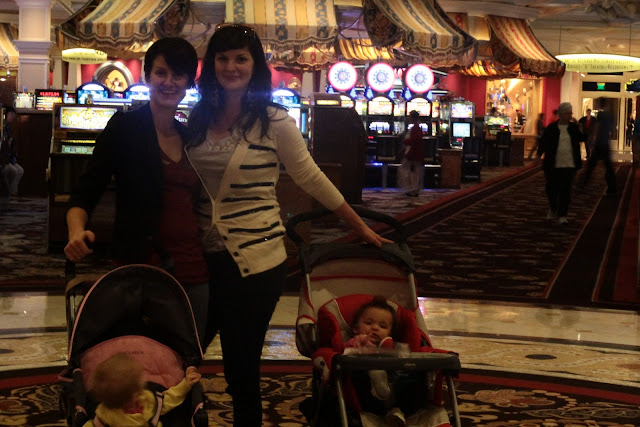 In Las Vegas, we stayed with our sweet friend April, who moved there from Nashville eight months ago. Tessa knew that she was in a city that never slept so she hardly did. Refused naps and woke up at 4 a.m. both mornings. Sure, babies are adaptable, but not to time zones. So we didn't go out to the casinos either night, but we did stroll the babies around during the day. I got to go into Chanel and Dior and Balenciaga. And the largest H&M in the world. It was nice.

I was so happy to see Tessa get to play with another baby. She does much better with babies that are a little older than her because she can be so dominant with younger babies -- pulling their hair, pinching their faces, tackling them and licking them. April's daughter, Piper, is older and wiser than Tessa -- by four months. She showed her some of the tricks of the trade. 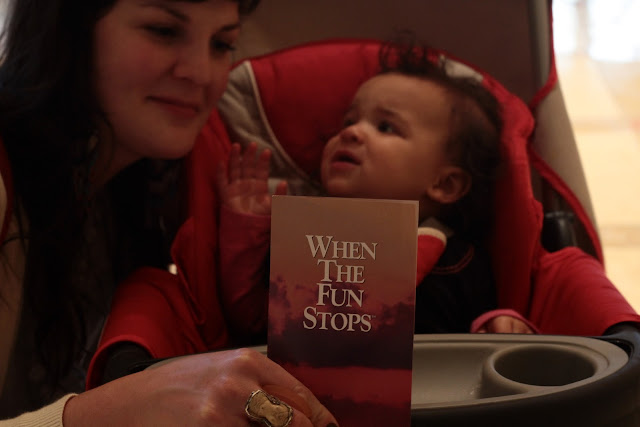 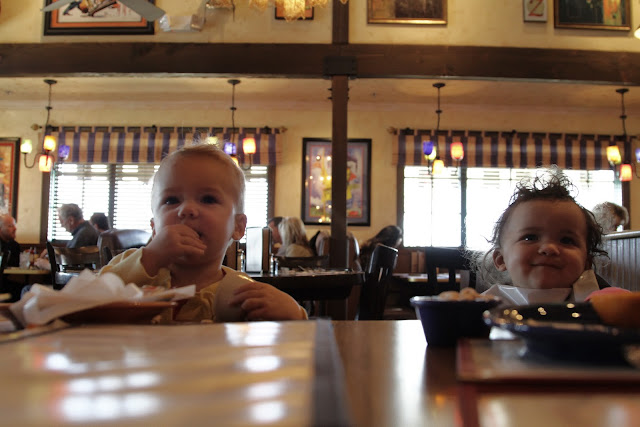 Posted by Ellen Mallernee Barnes at 9:52 AM