We've covered a lot of ground the last few days. On Monday we spent the day soaking in Sedona -- hiking (as best you can hike with a 20 lb. baby on your hip) and driving around the area. We also had pictures of our aura colors taken; we felt the need to do something new age in the Capital of New Age. I'll have to upload those pics later on because they turned out really cool.
Despite the gorgeous scenery, the Sedona locals we talked to kept using the word "boring" to describe the place. Just goes to show that it's easy to take things for granted, no matter where you live. It was off season, and at a 7:30 dinner that night Nekos and I were the only people in the entire restaurant. We hired a babysitter (a little old lady named Carol) to watch Tessa sleep while we went out to dinner. It was really nice to have a respite from the baby, who is even more hands-on now that we're on vacation. Traveling with her has been so much easier than I anticipated but it's also, honestly, been a real pain in the ass. Mostly because of the way the time changes have messed with her pretty rigid sleep schedule. This morning in Vegas she woke up at 4 a.m., happy as a clam and refused to go back to sleep. I am bone tired. That said, I am so very happy to have her with us. She has been such a trooper and I would miss her so much if she weren't with us. This is just one of many trips for our little family.
Tessa was terrific in the car yesterday, and we were in the car for a looong time, driving from Sedona to Flagstaff and then on to Las Vegas. The trek from Sedona to Flagstaff was all uphill. Our car climbed a snow-covered mountain, with snow piled a foot high on the side of the streets. We stopped in Flagstaff for lunch and bummed around for a few hours. It is such an adorable winter wonderland. And I discovered a beautiful white coat from the '60s in a vintage store there (you can sort of see it in pics below). I needed that coat, too. It's been cold!

On the way in to Las Vegas, we stopped and hiked up to Hoover Dam. A staggering sight. Hard to take in the enormity of it. I was cracking up because everyone on that bridge acted fidgety and nervous -- like they were afraid someone would toss them over the edge.

Here was our last two days: 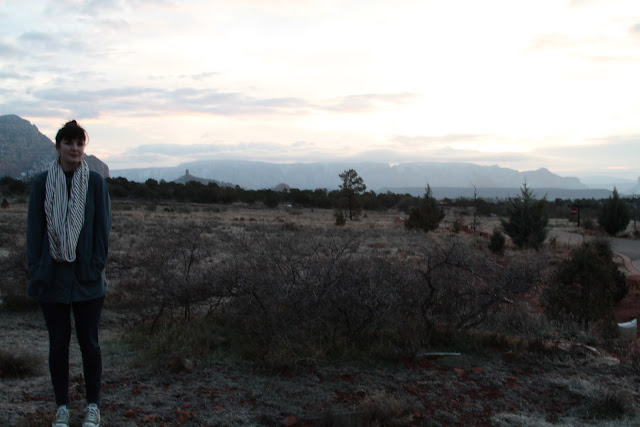 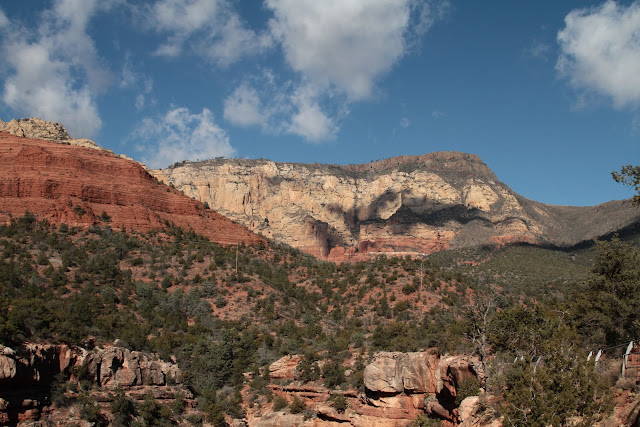 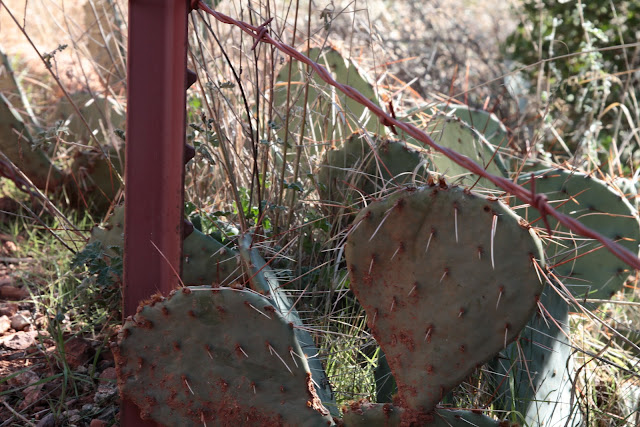 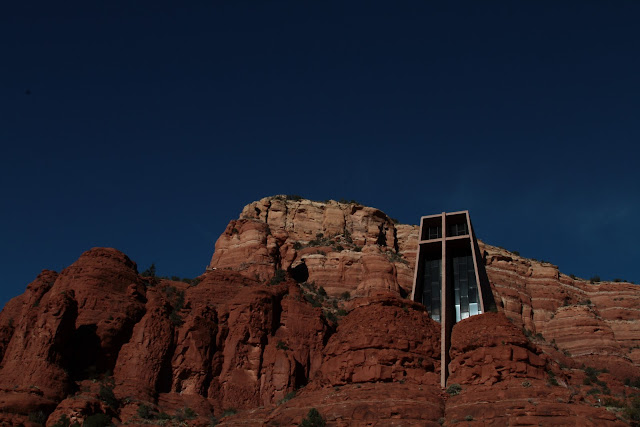 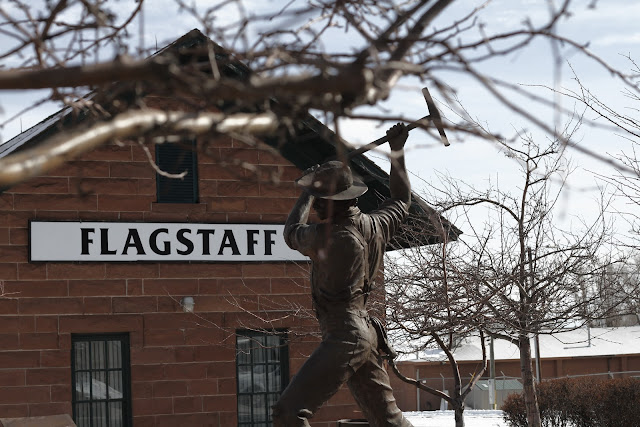 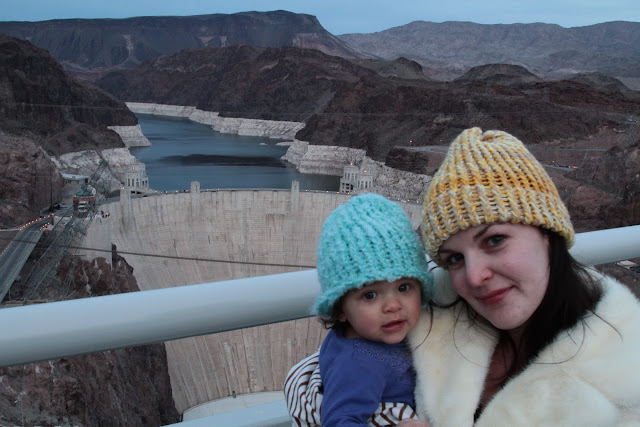 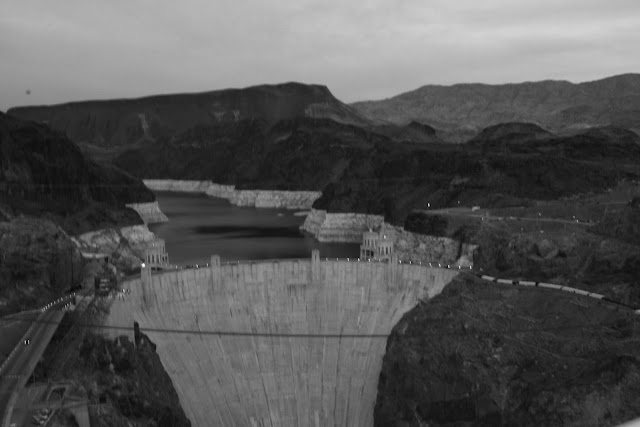 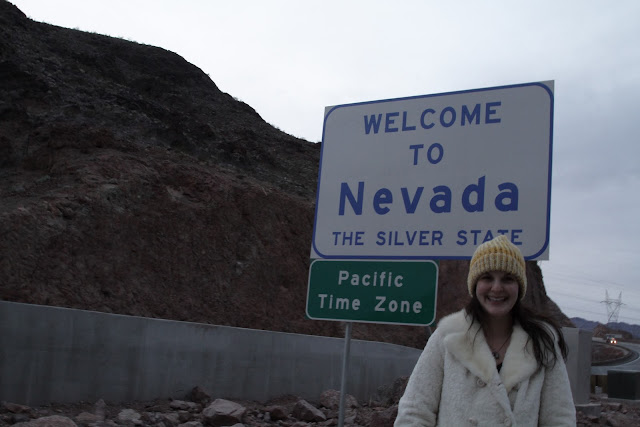