This was me almost exactly 11 months ago. It's hard to believe now.  I was soooo ready to have this baby. Now I see what all the fuss was about; Tessa Jean is THE BEST. 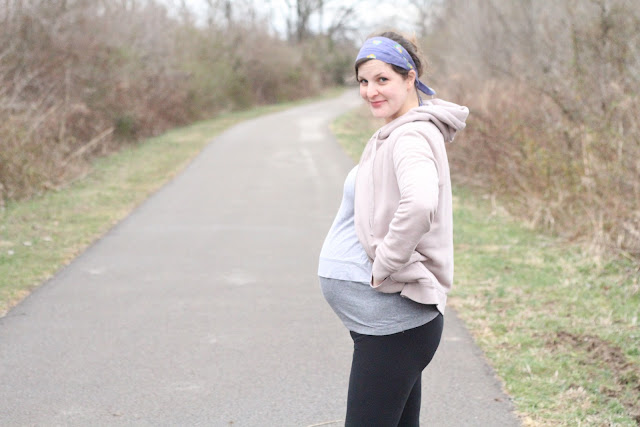 On Monday night after Nekos got home from work, he put on a Stevie Wonder record and was sort of stomping his feet to the beat. I was in the kitchen making dinner, and he called me into the dining room because Tessa had just stood up all by herself. We think she wanted to stomp her feet too. She'd already stood up on her own a few times over the last month, but we were still getting excited about it because it's surreal to see her on two feet. It just doesn't compute in our brains; it's like if one of our dogs suddenly started talking.

Then, with both of us watching her, she staggered forward on foot, then another and another -- taking three steps before she plopped back on her booty (the world's cutest booty). I scooped her up in my arms and squealed and may have gotten teary eyed. I was so glad that Nekos and I had both been there to see her take those first steps, and she was so excited that she'd pleased us so much.

Today she's 11 months old. My absolute favorite new thing about her is that she's started bringing me her board books to read to her. Then she gets herself situated in my lap and helps me turn the pages. It's one of the few times I can get the wiggle worm to sit still.

Here are some new pictures of our big girl: 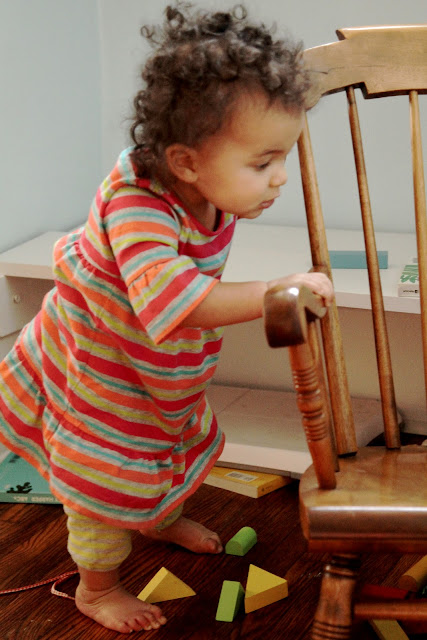 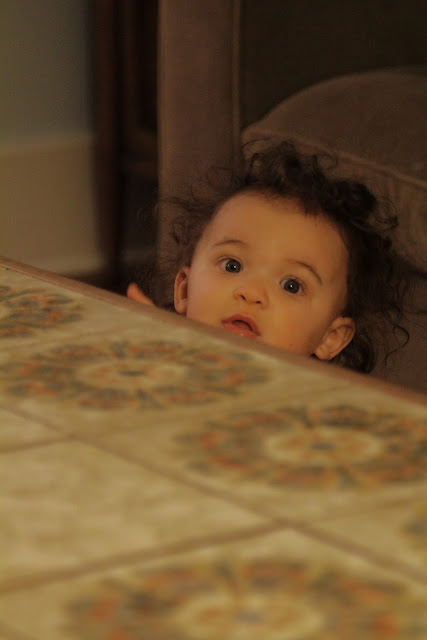 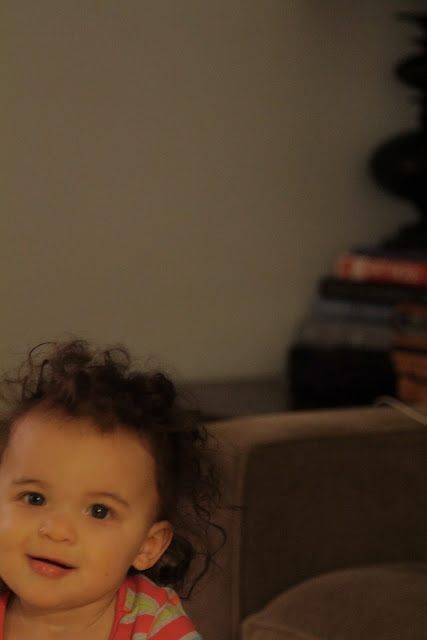 Posted by Ellen Mallernee Barnes at 10:02 AM