I had a big writing deadline over the weekend (yay for moola!) and didn't get a chance to do any blogging or much of anything, really, other than camping out in various coffee shops. So I haven't actually made anything, done anything, gone anywhere, or seen anybody in the last few days. Thus, nothing to blog about. That's also why this post title has no meaning at all other than it's a Bon Iver lyric from a song I was listening to while writing this post.

But! I have cell phone pictures! Yeah, I know, that's may-jor. 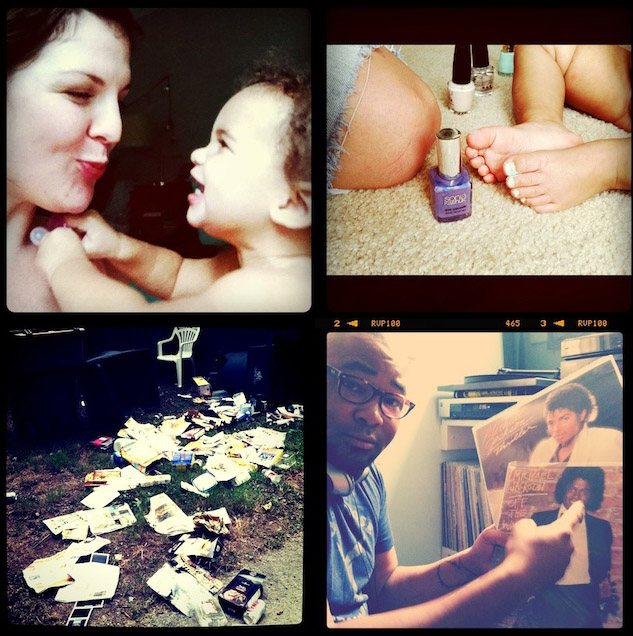 Clockwise captions:
1- Mother/daughter love fest. When she kisses, she makes the mmmmm sound like it's satisfying something deep in her soul. It kills me.
2- Tessa's first pedicure. Half of it ended up on the carpet.
3- Some neighborhood kids knocked over both of our full bins of recycling.
4- Nekos pointing out to me that something happened to MJ between Off the Wall and Thriller. Oh! And he's wearing his new glasses, which he had to get after losing his other ones this weekend. He lost them on Friday night when the same neighborhood kids yelled "Fuck you, old man" over our fence at him while he was grilling our dinner. He took off after them, hopping fences and yelling things like "I know where you live!" and lost his hat and glasses in the process. So yeah, that's my man and you can't have him. 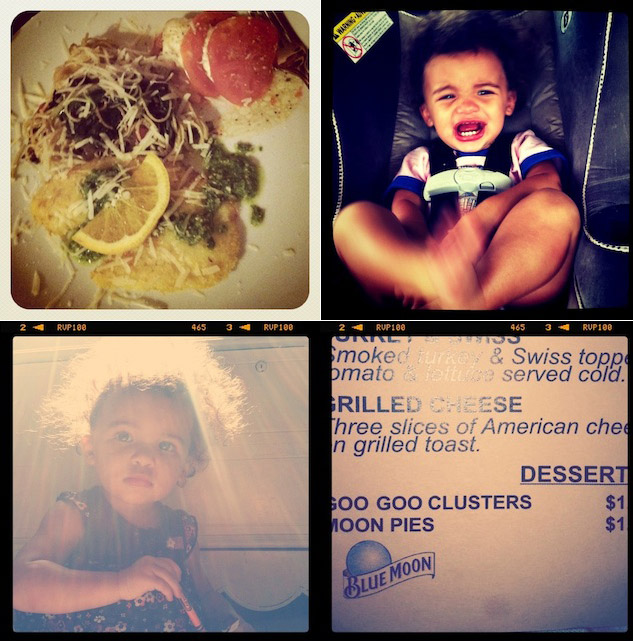 Clockwise captions:
1 - Super delicious tilapia dinner at friends' house.
2- Sixteen months into this life of hers and she still hates being strapped into a carseat. I've somehow learned to deal with the screaming in the car.
3- Coloring in our sunny office.
4- A dessert menu only in Tennessee: Goo Goo Clusters and Moon Pies.

Posted by Ellen Mallernee Barnes at 11:48 AM