It doesn't take a lot to give me a thrill. Here was today's: 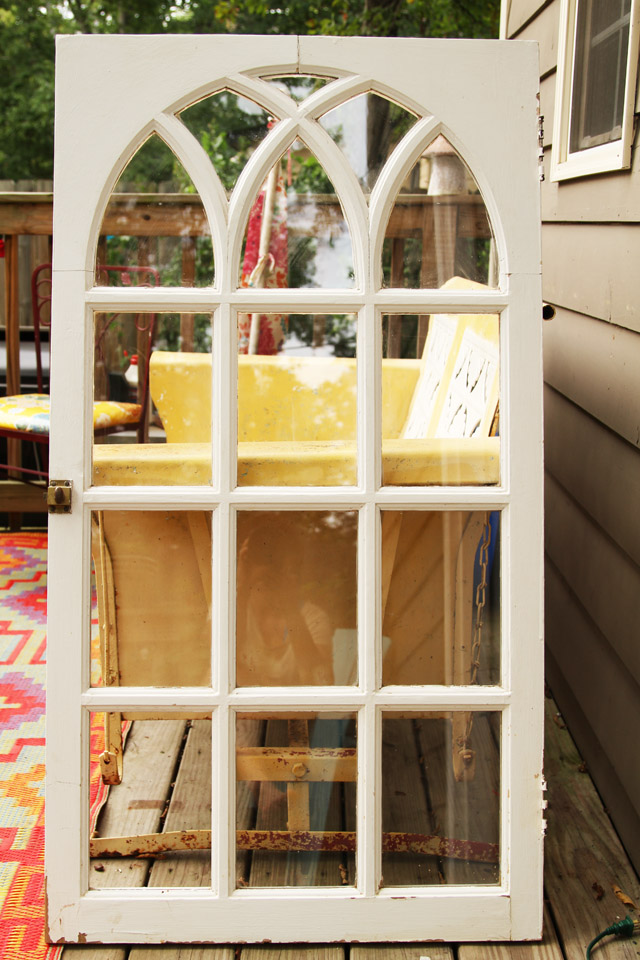 I scored this window at the Habitat for Humanity building supplies store on Division Street (thanks to Squirrel Pearl for the heads up about that place!) and as soon as I saw it, my heart did a roundhouse kick. The window had just been carried in by a sweaty guy and didn't have a price tag on it yet. When the sales guy considered it for a minute and then told me it was ten dollars, I said "I'll take it" so quickly that he laughed.

I was really still on the hunt for the perfectly beaten-up door to use as a headboard but turns out it's hard to look through doors when you're holding a baby who's asking for crackers (over and over and over again). I need to save that for a solo mission later on, I suppose. But also it seems windows are occupying the same place in my heart that doors did last week. Just have a look at these "old window" ideas on Pinterest. 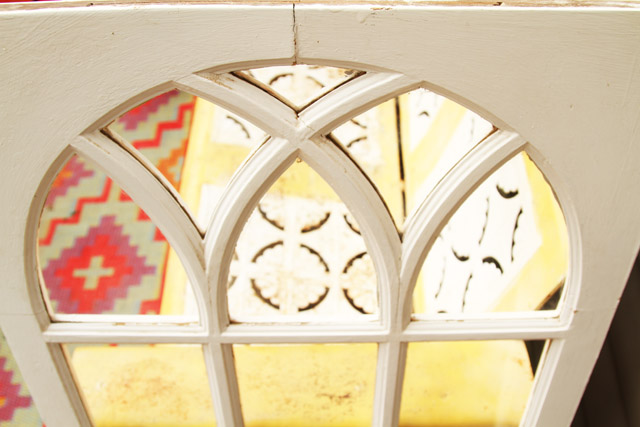 I broke the very bottom left pane of glass as I was putting the window into the car. Figures. But where I ended up putting it you can't even tell. Tessa took great pride in helping me Windex the glass, just so's you know. 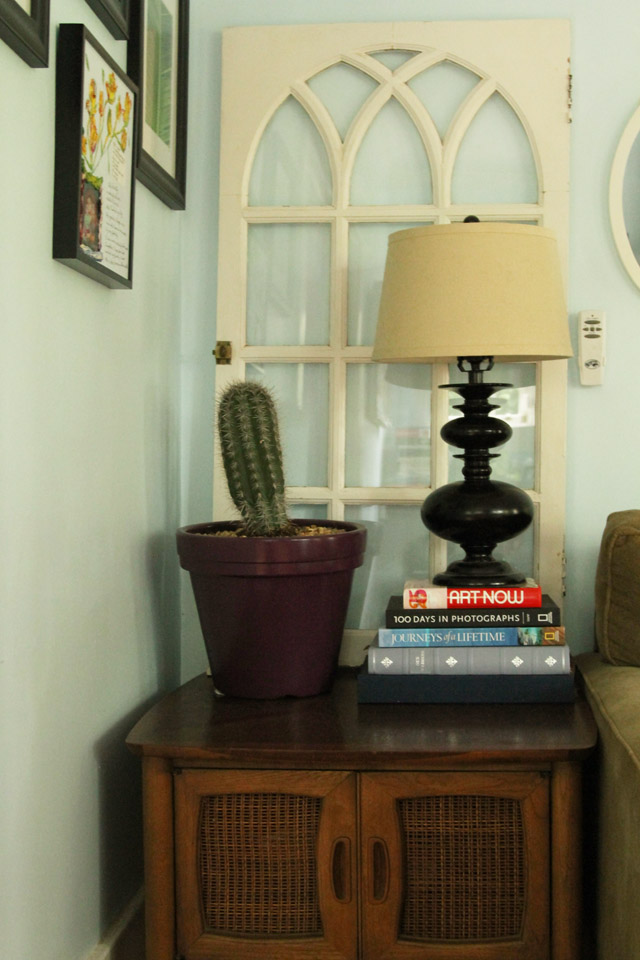 Anyone have a clue what this style window is called? Or what time period it might be from? I'm clueless. 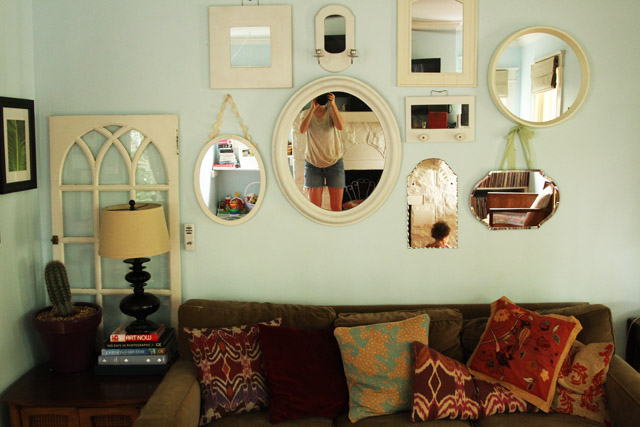