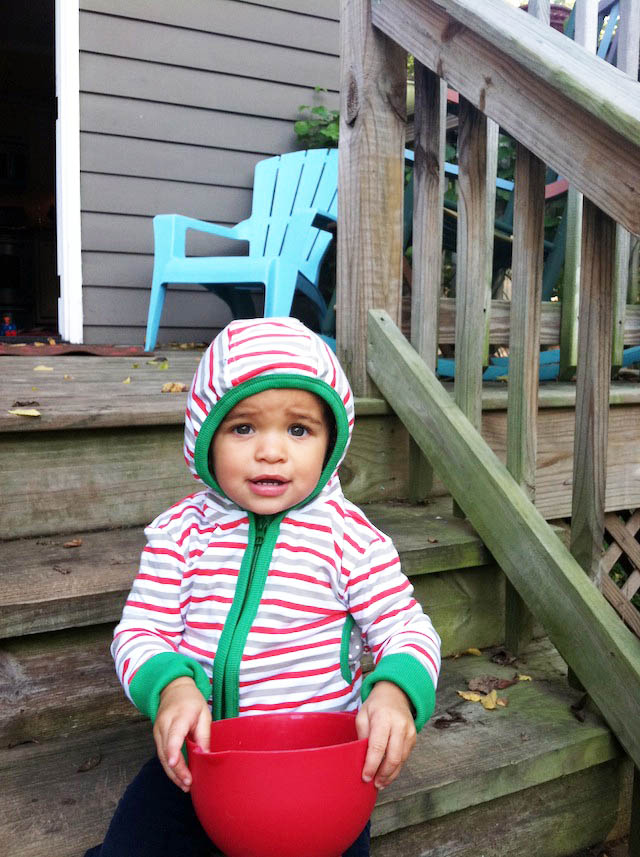 "Sometime in the future if you are young, you may want to be a parent. You will convince yourself that you will be a better parent than your parents and their parents have been. But being a good parent is not generational, it is deeply personal, and it all comes down to this: If you can bring to your children the self that you truly are, as opposed to some amalgam of manners and mannerisms, expectations and fears that you have acquired as a carapace along the way you will be able to teach them by example not to be terrorized by the narrow and parsimonious expectations of the world, a world that often likes to color within the lines when a spray of paint, a scribble of crayon, would be much more satisfying."

--Anna Quindlen, from Being Perfect
(Just wanted to share that quote because I love it so.)

I'm a couple days late on my monthly Tessa update because I had a dear friend in town over the weekend and because, prior to that, we had a mini-medical emergency with Tess. Last Saturday when changing her diaper I noticed a few red spots on her belly that I wrote off as mosquito bites, but 24 hours she was wallpapered in angry red-and-white whelps. A long emergency trip and doctor's visit later, we were told that she's allergic to penicillin. She'd been taking amoxicillin for an ear infection, and it was her third time taking it because she and ear infections are like peas and carrots. So we were surprised that the allergy just now reared its ugly head. Anyhow, all is well now, but it sure did worry my worrying heart.

So, 18 months. Ask me today and I'll tell you that Tess at 18 months is the best thing ever—better than peanut butter and jelly. Ask me tomorrow, and it could be a different story. Especially if I can't talk her into eating anything other than raisins and goldfish. True story. She doesn't even like peanut butter and jelly. Sometimes I literally can't think of a thing that she might eat.

Her temper tantrums have cooled off now that she can communicate some things. They're not lasting as long or happening as often, and my heart's no longer lurching into my throat when she has one. Instead, I normally have to turn my head so she won't see me cracking up at her beat-the-floor insanity. Plus I've learned important temper tantrum avoidance tactics like: Never, ever, not even once, don't you dare forget the crackers. I've also mastered oddball skills like how to pour milk from a gallon jug into a sippy cup while driving. Not safe. I know. But necessary. You would think so, too, if she were shrieking into your ear when all you want is beautiful, calm driving.

Nowadays she's all about playing outside. That's what she's doing in the photo above; picking berries off this vine we have growing on our deck and collecting them in the bowl. Her imagination has kicked in because now she'll take those berries and dump them onto a plate and pull up a chair to the little table outside like she's having a tiny, one-baby tea party.

You guys? I love this kid. I am so lucky.