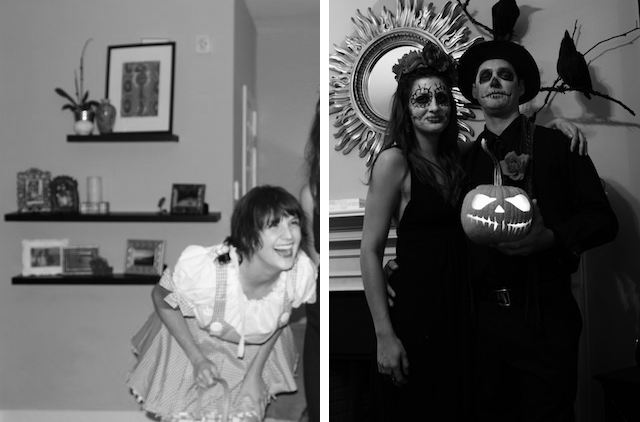 Happy Halloween!
We did some celebrating last night (too much celebrating) with our friends Jack (zombie dude), Brooke (zombie chick), and Marscha ("just married" car). Nekos was the cowardly lion, and I was a sexpot Dorothy (you know he picked out my costume, right?). Along the way we also met up with a Justin Bieber and his No. 1 fan. I somehow forgot to get a picture of my ruby red slippers, which were spot-on.
Tomorrow Tess will be the scarecrow and our cairn terrier, Garp, he'll be Toto. When it comes to the tin man, we're out of luck. We considered spray-painting our other dog silver, but that probably wouldn't fly really well with her.
One note about these pictures: Isn't Nekos the scariest looking cowardly lion ever? I could hardly look at him last night without getting the heebie jeebies, which sort of seemed to offend him. It was all the makeup's fault. Without the makeup, he looked like an especially adorable lion, but with it, extraordinarily, ickily, terribly creepy.
I was out of the house when he was getting dressed, and he says Tessa watched him carefully as he sat at my vanity and applied all of his lion makeup. When he put her to bed he was wearing his costume and had on a full face of makeup. She was totally unphased, and didn't cry at all on her way to sleep. Wuh? When the babysitter arrived, he answered the door and the babysitter didn't cry either. One friend told us that Nekos looked like a "black Rod Stewart on a bender." Hilarious.
Check back in tomorrow for the Halloween, Kid Edition post, where there will be fewer scary hangovers and way more adorableness. 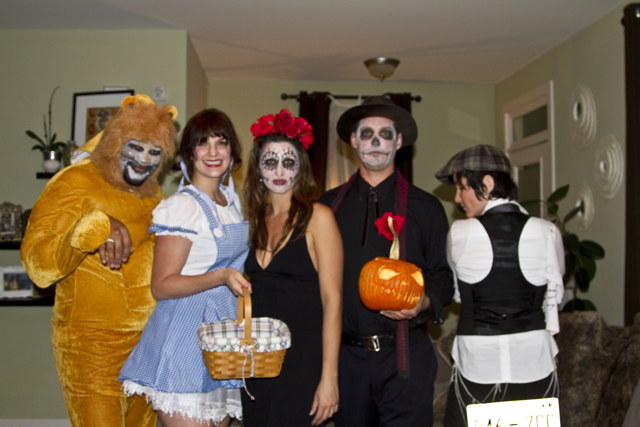 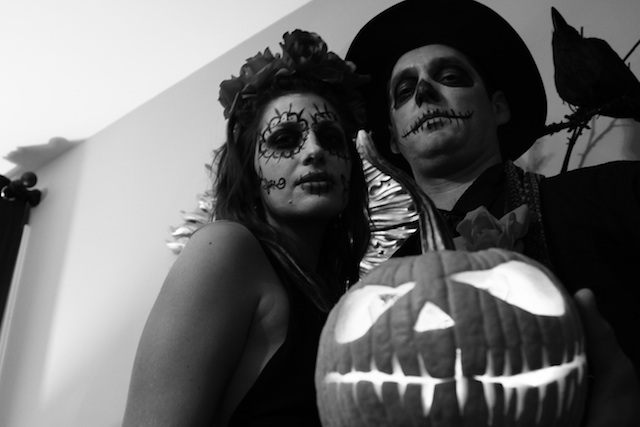 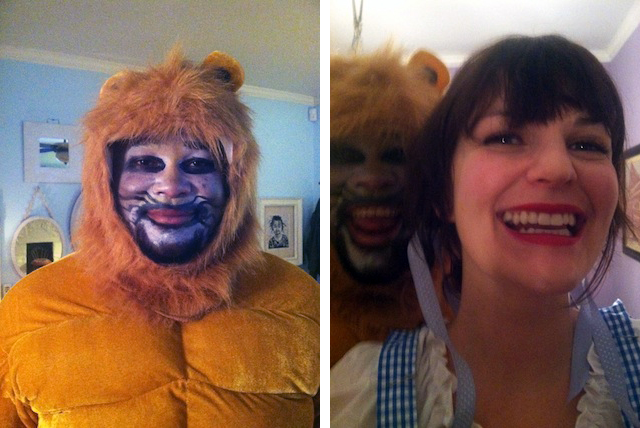 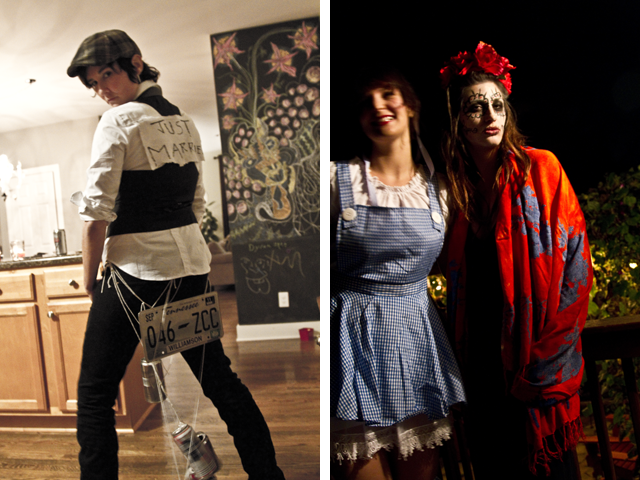 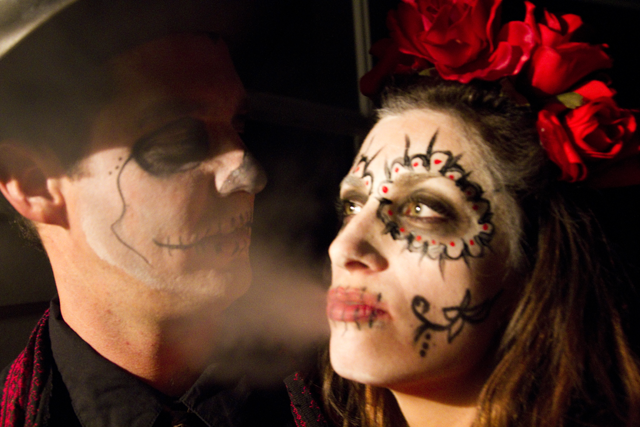 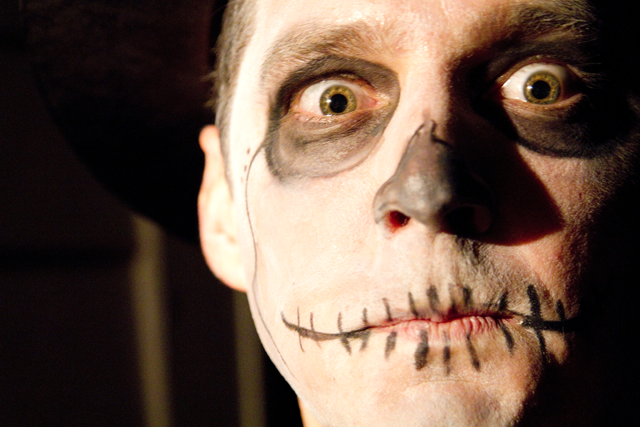