I'm making a conscious effort to spend less money on my "crafts" because all those trips to Jo-Ann's, Michaels, and the local fabric stores can really add up, which defeats the whole purpose of trying to do something on your own. (Except for the self-satisfaction part, which let's admit is pretty much priceless.) This little project is evidence of my renewed thrifty efforts because I spent exactly $0. 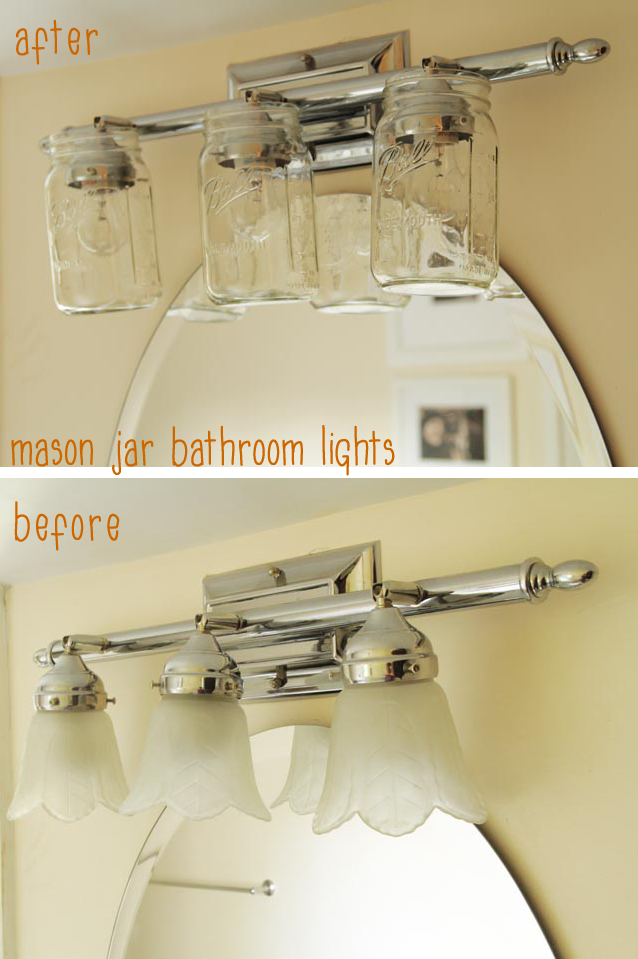 For a long time, I've fretted that our upstairs bathroom light fixture was too hokey. It was the tulip-shaped sconces that did it for me. Turns out, though, that they're pretty ubiquitous because that's about all I could find at hardware stores when I was looking to replace them. But then I thought about trying mason jars as sconces. We have a ton of them in our laundry room, but none worked exactly, size-wise, so that I'd be able to screw them into these fixtures. 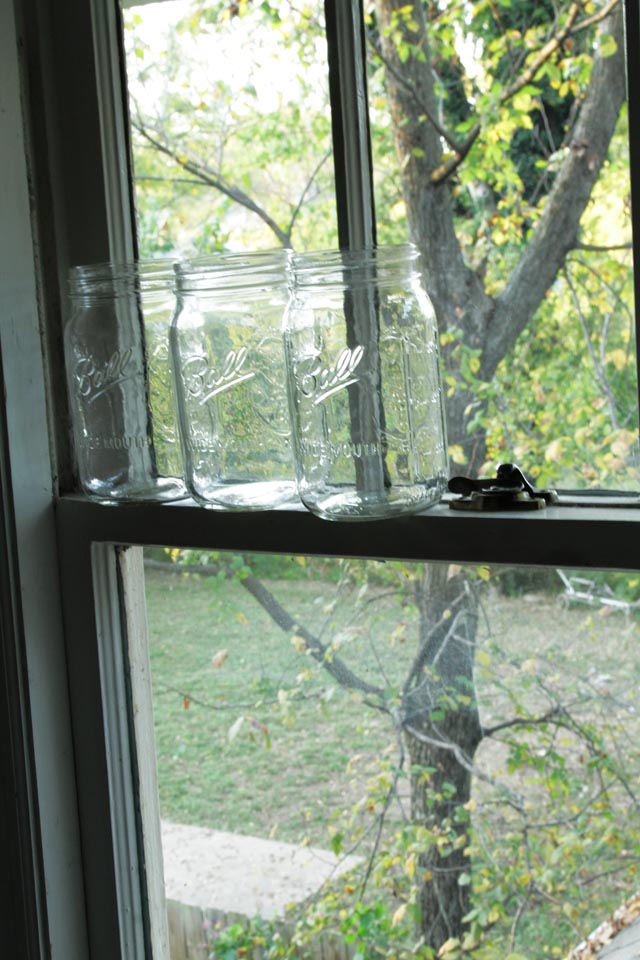 In the end I chose the widest-mouth mason jars we had and slipped them over the bases that the light bulbs are screwed into. I held them in place by unscrewing each screw as far as it would go, after I put the mason jar on it. This took a little bit of maneuvering and tippy-toe standing, but it worked. They're not going anywhere. That is, until I need to change a bulb, and then I'll just have to do some more maneuvering. Hope you like!