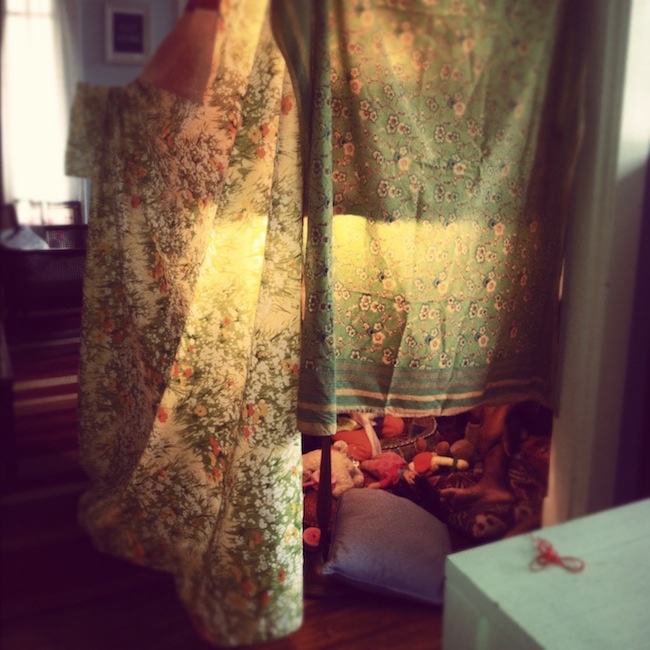 This weekend gave us some unusual down time. We hosted a play date over here Friday night with Tessa's two best friends, I did a lot of sewing, and Nekos built a fort in the living room on Sunday while it snowed (but didn't stick). We had a lot of time, just us three. On Saturday night we went out to dinner at a local spot, and there was a jazz band playing. We had a table right up front. Tessa asked to get down from her highchair and went straightaway to grab the fedora the band was using to collect tips. She emptied out the dollar bills and put the hat on, dancing and hopping around with it covering her eyes. She would stop long enough to tilt the hat off her eyes and make sure we were watching—which we were, of course, raptly—then she'd giggle, cover her eyes again and continue dancing. I was so genuinely happy then and there. And I had a realization that night that felt big.

We've planned all along to try to conceive again this summer. We decided over a year ago that we wanted to space our kids out by three years, and I've felt myself getting ready again for the idea of pregnancy and a newborn. Three of my girlfriends have decided that they'll try to get pregnant this summer, too. But watching Tessa on Saturday night, I thought, "This is enough. More than enough. For now." She's at a magical age. I'm pretty sure the "terrible two" thing is a misnomer. Never have I gotten more affection from her. There are extended cuddles on the couch, intense kisses on the mouth, and tight hugs around the neck. When I picked her up from my mom's after our vacation, we were sitting in the kitchen crunching on bowls of cereal together and she looked up at me and said, "I missed you." She says "I love you" now, too, and is interpreting feelings—her own, her friends', ours. And she makes me laugh; when I was putting cinnamon on her cereal yesterday, she said, "No pepper, please." And when we were explaining to her that boys have penises and girls have vaginas, she looked at us and very matter-of-factly said, "I want penis, too."

We've had nearly two years with just her, and I'm not sure I'm ready yet to say goodbye to her time as our only. Newborns are like the richest dessert—sickly sweet and well-deserved after so much preparation, but this toddler of mine, she is the main course. She is filling and all-consuming and gratifying, and I think I may need to hold off on the dessert for right now. I've eaten too much. This lil dish is too delicious. 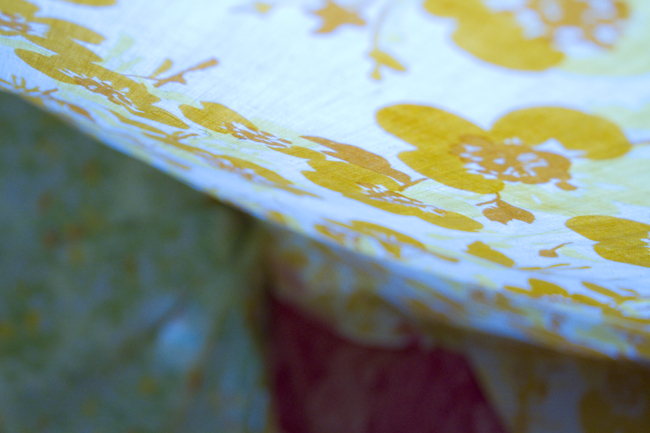 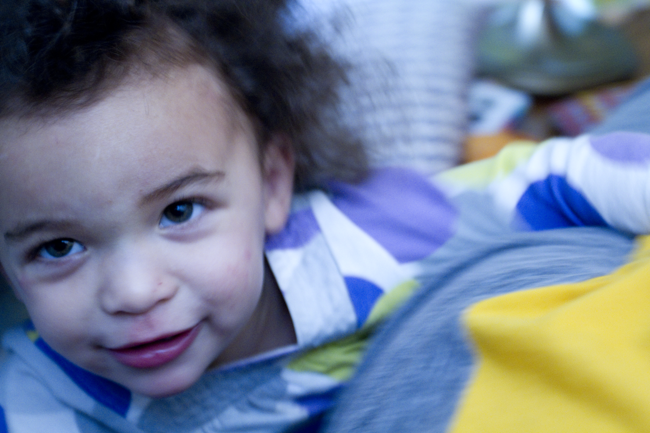 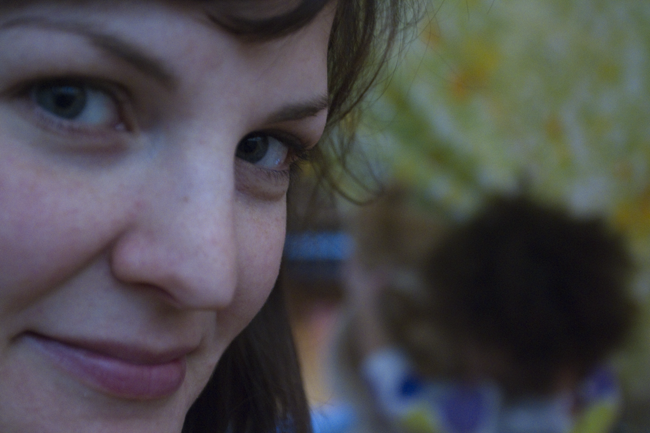 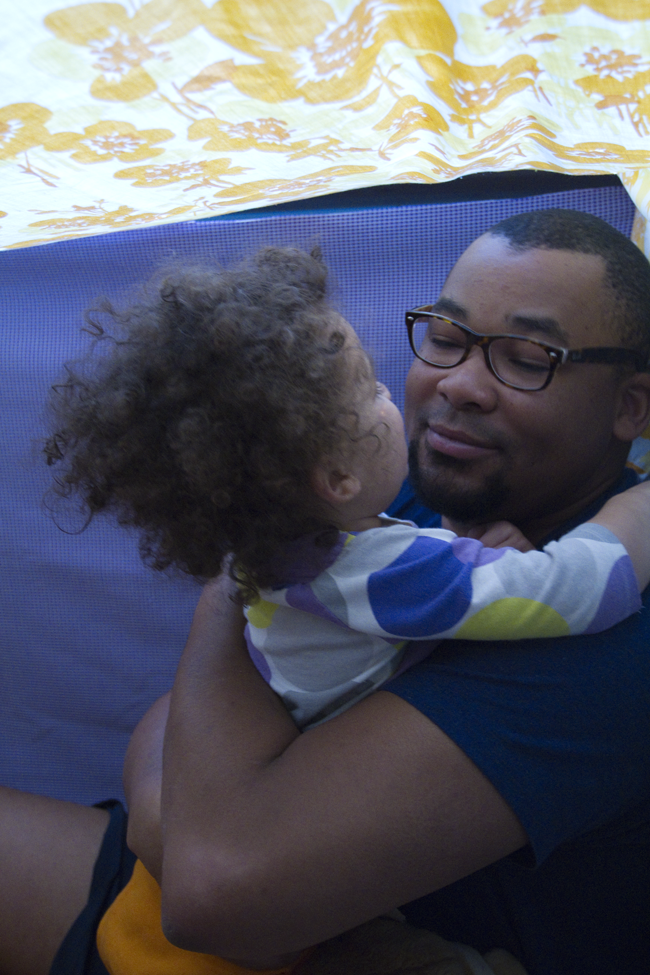 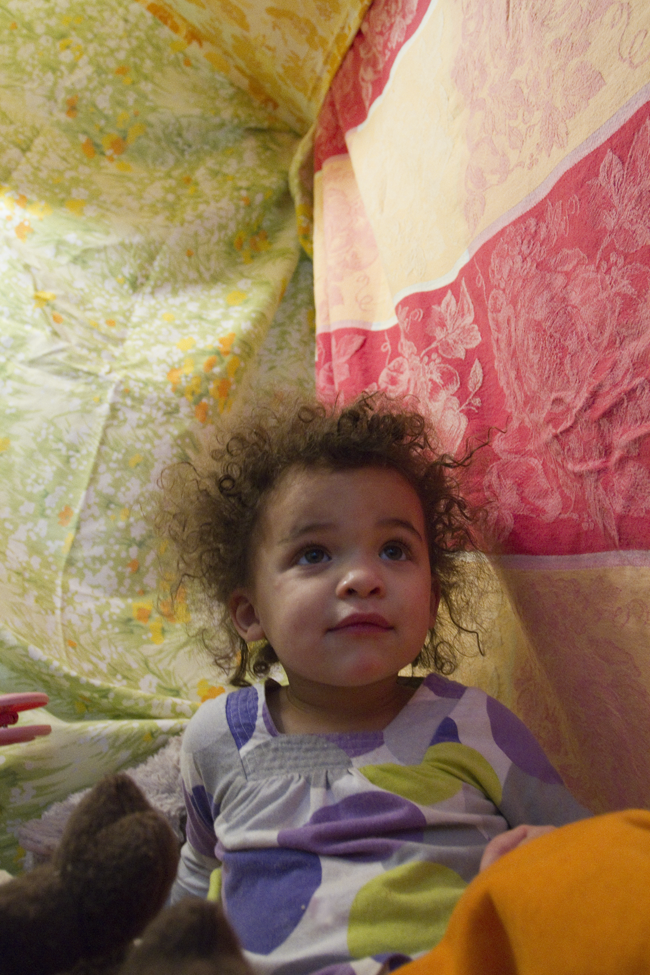 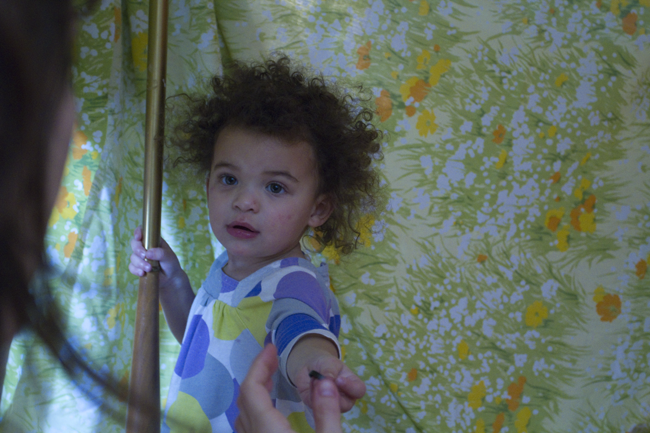 Posted by Ellen Mallernee Barnes at 9:03 AM