My almost 2-year-old has a very frustrating palate.

Not only will she not eat most fruits and vegetables, but she also refuses lots of kid staples like macaroni and cheese, peanut butter and jelly, hamburgers, and chicken nuggets and fingers. Lately, when she says, "Eat" and looks at me with those eyes, I've been feeling dread well in my throat. I go to the refrigerator and stare blankly into it and have no clue what to make her.

What does she like? Dairy. Eggs, cheese, milk and yogurt are her favorites. This does not a balanced diet make, nor is it good for a kid who gets runny noses and ear infections like it's her job. Mostly, she likes things that are fast. Patience isn't yet her thing. Our struggle with what she eats is nothing new; I've been trying to convince her to eat vegetables for a long time now. And I've noticed an outbreak of "What I Feed My Kid" posts on blogs; these posts are all crammed with stuff that my kid would throw across the room or feed to the dogs. Example A: Drea's What Marlowe Eats. Example B: James's Bird Food.

This week, to distract myself from how crazy this all drives me and to pretend I have even an iota of control of Tessa's food intake, I decided to try some new purportedly kid-friendly healthy recipes that Nekos and I wouldn't mind eating if she rejected them outright. Here are the first two.

I found this recipe on Pinterest, and liked the sound of it because there's very little sugar and no butter. Just lots of pumpkin and cream cheese goodness. My bread, however, looked nothing like the picture. Not sure what I did wrong. 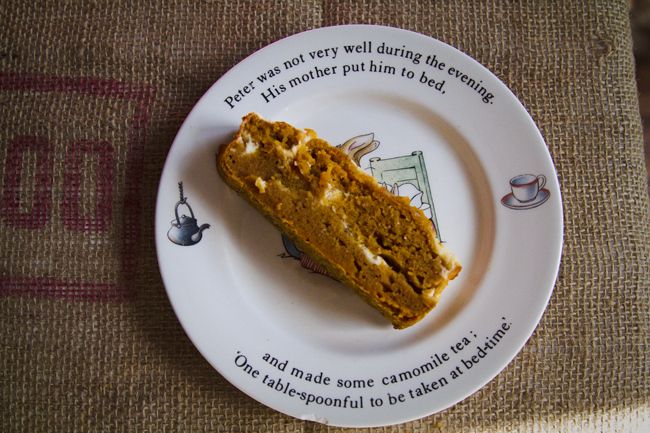 The verdict: Though she was worried at first bite, she was ultimately into it and was excited to watch me make it from the sidelines. "Punky bread!" she kept exclaiming. I personally thought it tasted pretty bland, so next time (if there is a next time) I'll add more nutmeg, cinnamon, and vanilla. 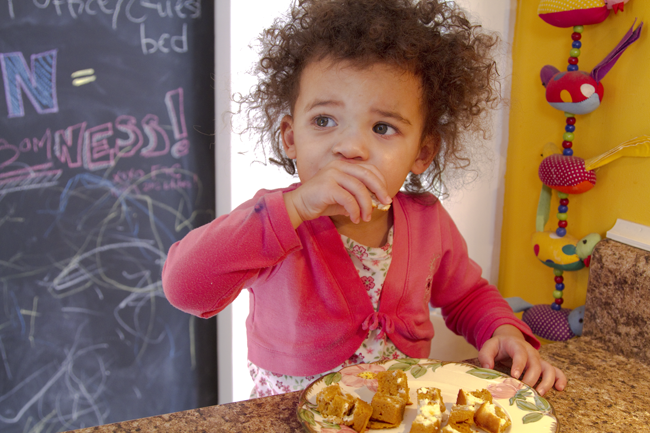 Another Pinterest find, this casserole is meant to be a substitute for traditional broccoli and cheese casserole, swapping the rice for quinoa. 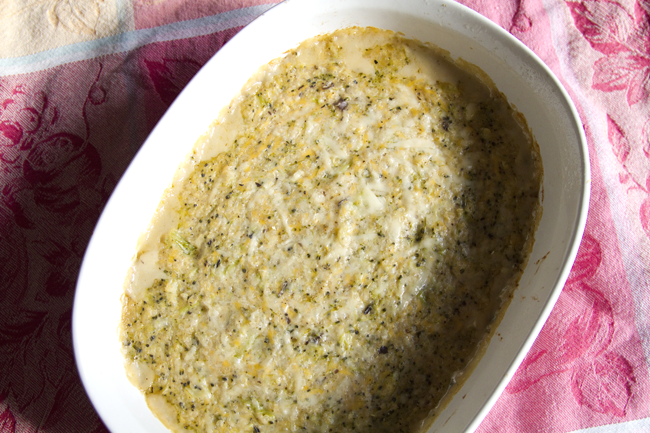 The verdict: Tessa's face below says it all. She took one bite, then pushed her plate away and said, "No, no, no, no, no, no!" I, on the other hand, think it rocks. 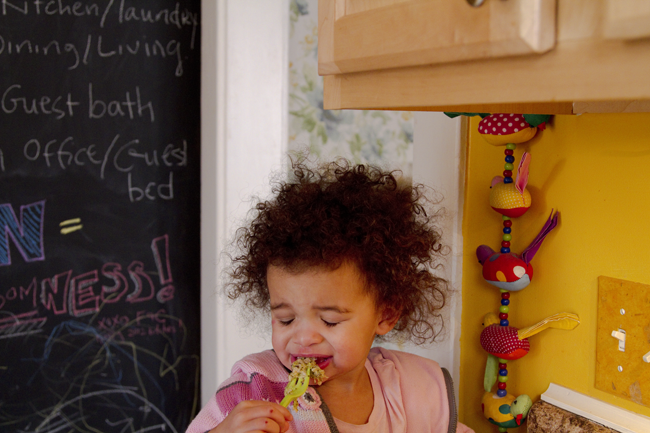 Posted by Ellen Mallernee Barnes at 8:50 AM