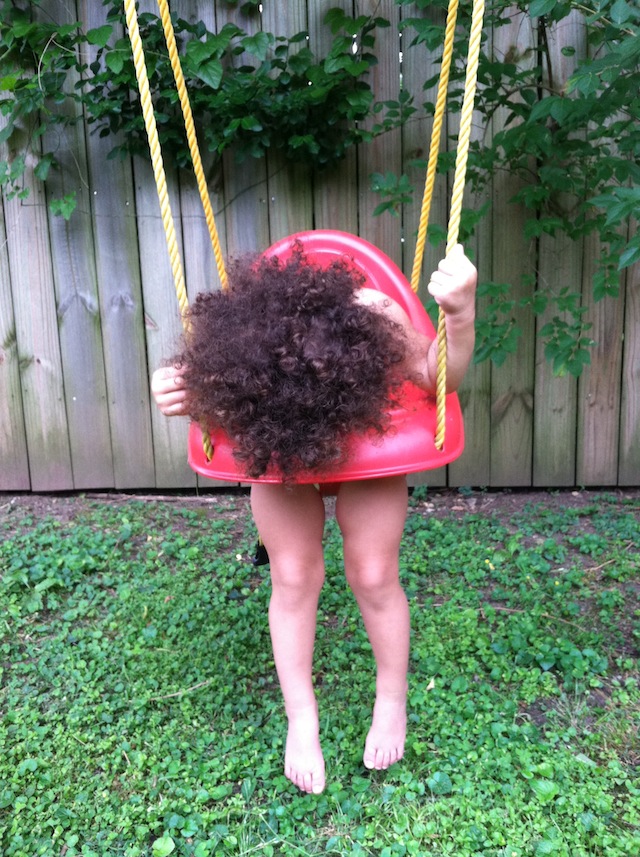 Oh, hey, two weeks ago I wrote a post about how awesome two-year-olds are. This week I'm going to retract that and say the exact opposite thing, OK?

This week with Tessa has been terrible. She's made me mad before, and she's worn me out and she's frustrated me, but she's never actually said or done anything that hurt my feelings to the core ... until now.

It started with a quick road trip that we took to Memphis last weekend to visit Nekos's 95-year-old grandfather. We thought it would be good practice for future road trips with her because we'd decided we want to travel more with her, and dream of taking her to Grayton Beach in Florida, to Louisville, to Charleston, and on and on. She didn't nap on the way there, and also, she didn't want me to nap. As soon as I would doze off in the passenger seat, she'd command me to wake up. By the time we got to Memphis, she was in a rage, was mean to Nekos's grandfather, and threw a fit so heinous, so loud and so hysterical at a BBQ restaurant that Nekos and I both embarrassed ourselves by losing our cool with a two-year-old. We had to take our food to go, and we let the incident put a damper on our whole weekend. Who is this little person? we wondered. Why is she so pissed off?

And then, on Monday, when I told Tessa, "Oh, Tessa, I love you," like I do 95 times a day, she looked at me and said, "No. I don't love you." I told her to never say that again, and she must have seen the hurt in my eyes because she's pulled the same sentence out for use over and over again this week. It's her artillery, and when I get pummeled with it, I have to pretend it doesn't hurt. It does. It hurts so bad. And she only says it after I tell her I love her so I guess I should just stop that for awhile? She also started saying that she doesn't like me this week. And she repeats herself, just so she's clear about it.

Other things have happened throughout the week. There was a tantrum in the car when I was driving on the interstate. She started slapping herself in the face and screaming and there was nothing I could do but bite my lip and cry.

And for the first time, there was a time this week when she preferred that my mom hold her instead of me. This didn't bother me too much because I adore my mom and I love the relationship she and Tessa have. But when Tessa fell down last night at a playground and started howling and refused to let me comfort her--instead going running into the arms of one of my girlfriends--I felt totally dejected.

And then there was today. I always have a babysitter on Fridays so that I can go get some work done at a nearby coffee shop. But this week we had to have a new girl come, not her usual 'sitter. And Tessa wasn't pleased with the personnel change. She threw the worst fit I have ever seen her throw, and that's saying a lot. She was kicking and hitting the babysitter. And when I left, I could hear her hurling herself against our front door screaming bloody murder.

I drove only a block away from house before I pulled over to cry. Again, who is this little person? Why is she so pissed off? And, of course, What am I doing wrong?

Tessa's feelings scare me. But so do my own. This whole week I've felt terrified by the thought that I don't like my own kid. I love her, but I haven't liked her, not this week. I really, really hope next week is better.