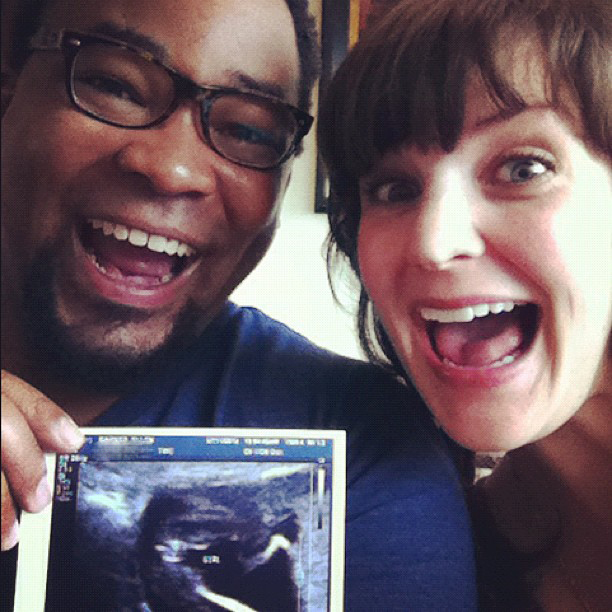 This morning felt like Christmas morning. Well, way better than Christmas morning. I woke up with anticipation so intense that I skipped my morning coffee because I thought I otherwise might stroke out. How many days in your life hold so much importance as the day you find out whether you'll have a son or a daughter ... for the rest of your life?

Over the past four and a half months, I've wavered so much about whether I wanted a boy or a girl. And after pulling for a boy for the first few months, I'd had a change of heart recently and gotten way comfortable with the idea of either. I could see the pros and cons of both. And, as an only child, I'd always wished either for a protective older brother or a sister who I could tell everything to. I went in this morning wanting whatever we were having ... but dying to know either way.

The ultrasound technician told us that the baby had its foot near its private parts, and that it was hard to see the gender. But I saw. When she moved her foot, I saw:

We are having another girl!

I don't even want to say "another" because this little girl deserves a spotlight all her own. She isn't second. She's first in her own right, and I'm so excited to see how her looks and personality and spirit will be different from Tessa's.

I cried, of course, and felt a huge rush of relief and joy, a 'this is exactly right'-ness.

Afterwards I picked Tessa up from Mother's Day Out. This was her non-reaction reaction involving "rainbow fish":

Oh, well. The rest of us are thrilled!