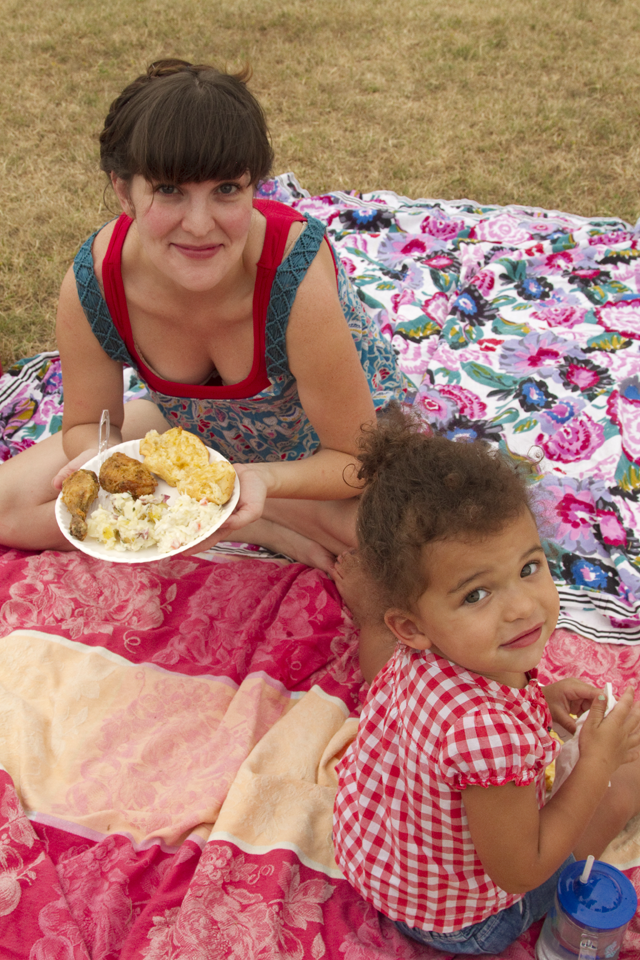 After lots of hemming, hawing and hand-wringing, we declared yesterday "Independence from Pacifier Day." The hesitation was because I mean, really, what is the harm of a two-year-old using a pacifier for her naps and at night (and also, occasionally, when she is screaming insanely in the car and making me want to die inside)? And because why woud I ever take something away from my daughter that helps her (and us!) sleep, longer and deeper? But Tessa's pediatrician said it had to go because it would, if it hadn't already, begin to affect her teeth. And this kid doesn't just let her pacifier languish inside her mouth; she sucks on it vigorously all night long, her bubble-gum pink lips pulsing around the edge of it. Many a night have I watched her sleep and meditated on the miracle of that little mouth. This is one of the reasons why I was very emotional about what had to happen yesterday.

In the morning she and I gathered up all of her trusty pacifiers and put them into a Ziplock bag. We carried them out to the mailbox; Nekos lifted her up and she put them proudly inside and we "mailed" them to a friend's newborn baby who "really needs the Yayas." "Yaya" is what Tessa has always called her pacifiers. It's also what she calls my mom, incidentally. Sources of comfort all around.

Afterwards, I took Tess to Target with the intention to buy her a reward for being so brave. In my immense pride (and terror for her upcoming pacifier-less nap time), I went overboard. We came home with lots of rewards: Candy Land, a new doll stroller, a rainbow of Play Doh colors, a new swimsuit, and a Big Bird stuffed animal. Also, bubble gum and Goldfish crackers. I know.

At naptime, there was no crying, just a little fretting, which I tried to soothe with a lot of "You're a Big Girl" B.S. And then, after I closed her door, there was silence. Deep, sweet silence for three hours. And last night, after we were home from the fireworks, I lay in her bed and we did "nose kisses" for an inordinately long time, and I said, goodnight angelpieloveofmylife, and then there was that silence again, extraordinary and surprising. It was that easy. I can't believe it. All my worry for nothing. And isn't that the way it always is?

One other note about yesterday: We took Tessa, who is the textbook definition of a social butterfly, to the park near our house for a good vantage point of the fireworks downtown. We packed fried chicken and biscuits with honey and potato salad and watermelon and cole slaw. And Tessa was everywhere, running between families, tossing fist-fulls of dust from the baseball field into the air, tagging along with older girls who flashed Tess impatient eyes that she's still (thankfully) too young to register, moving and flitting faster than I could follow. I tried to relax and trust and let her be. Until I looked for her and couldn't find her. By then, it had grown dark and there were probably a hundred families at the same park. We dispatched the friends who were with us to fan out and search for her, and Nekos and I separated and went to look for her. We looked for the orange glowstick bracelet around her wrist and the pink glowstick in her hand, for the unruly, stubby ponytail and the gingham shirt. It took five minutes to find her. FIVE MINUTES. 300 WHOLE SECONDS. By the time a friend of mine came up carrying her, having collected her from a group of strangers nearby, I burst into tears. I would leash her if I could. But the kind of girl Tessa is can't be leashed, just watched more closely, watched closely while she's still mine. Posted by Ellen Mallernee Barnes at 9:39 AM