That Time I Tried to Go Back to Work. 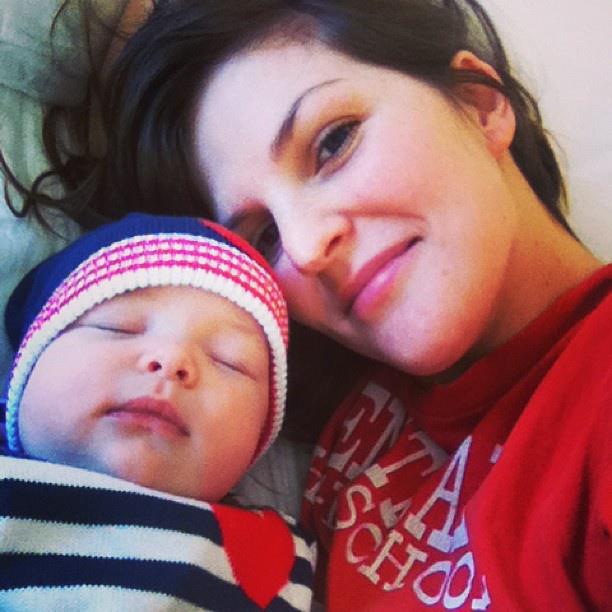 I haven't blogged in a while because these past two weeks have been a roller coaster. Good news: I was offered a great part-time job at a newspaper I really respect here in town, and it would put me in an office with adults doing something that I love and that I'm good at. I'd get dressed every morning, and my co-workers wouldn't spit up on me, and I wouldn't have to wipe their bottoms. Bad news: I can't actually take the job because childcare costs so much that I'd pay several hundred dollars more for it a month than I'd actually take home.

I've been doing freelance writing and editing from home since Tessa was born in March of 2010. When she was a little over a year old, she started going to a Mother's Day Out program two days a week, and in August she started to go to another program, too, so that she now goes to "school" from 9 to 2 four days a week. (She loooooooves it.) Before Livvy was born my mama life and my work life had a nice rhythm. Basically, while Tessa was at school, I worked, either from home or at a coffee shop here in east Nashville, and then we'd spend our afternoons together. But since baby Livvy was born 11 weeks ago, I've had an especially hard time getting it all done the way I like to (tending to my freelance work, to the laundry, to my friendships and my marriage, to myself). I've felt unmoored, and I've been trying to just go with it, trusting that everything would settle down and that life would fall back into a comforting routine.

It hasn't helped that I'm exhausted from getting up two or three times a night to feed the baby and don't always get back to sleep easily after those feedings. Some days it seems like I never went to sleep at all because the sleep I'm getting is so spotty. That means the days bleed together, and I feel as if I'm just putting one foot in front of the other, eating too many peanut butter sandwiches and not drinking enough water and doing the best I can to cut myself some slack. What I haven't felt exactly is ... happy. What also hasn't helped is that we've been having a not so easy time making ends meet, and we only have one car. Not having as much money as I'd like and not having a vacation to look forward to, not having enough sleep, my life can too easily seem to stretch before me, a parade of sippy cups that need to be filled with milk and diapers that need to be changed and tangles that need to be combed.

I started thinking that a solution might be for me to go back to work in an office setting where I can get away from my kids and concentrate on my "career" and on contributing more to our checking account, instead of squeezing my work into the spaces that naps and bedtimes and cartoons allow. (I work about 25 hours a week right now, mainly for two clients who are so dear to me and who I appreciate so much for trusting me to tend to their blogs and their businesses and for letting me bring a newborn to every meeting.) Maybe working from home wasn't working out for me so well anymore.

So when a friend emailed about an open position with her company that sounded like a good fit for me, I updated my resume and wrote a cover letter and sent it off on a particularly crummy day with the kids, hoping this would be my escape hatch. I was asked to come in for an interview, and I went to Target and bought a pretty, interview-appropriate dress to fit my post-baby pudgy self. I took a Xanax and swallowed my nerves and went to that interview. But I left with a lump in my throat because even though this was a great job and it would pay great and put me in a bright, shiny office in a challenging role, I'd have to put my new baby in daycare for 50 hours a week. I just couldn't do it. I emailed the company the next day to take my name out of the running.

A week later I came across a job listing for a part-time position at a local paper that sounded right up my alley. Part-time! In an office! I applied for it, and heard back just a few days later: They wanted me to come in for an interview. I swallowed that same little white pill (anxiety is an issue for me, K?), put on that same dress, and went in for an interview. I survived that interview, and then they asked me in for another one, this time with different people. And then I waited. This past Friday my phone rang. It was a day when I'd only slept four hours the night before. I was drenched in spit-up and feeling super weary. I was holding a sleeping Livvy in my arms when the woman on the phone told me the newspaper job was mine if I wanted it. And then I was elated. I put down the phone and the baby and took a bubble bath and felt like a badass. But only briefly.

Then I started crunching numbers and plotting the logistics of where the kids would go while I was at work--who would care for them and how they'd get to and from there and how much it would all cost. The numbers weren't working, not any way I worked them. I'd be making less at this job than I am now working from home. And when I vied for a higher salary, it didn't go very well. Yesterday I had to turn down the job, a job that I would have taken in a heartbeat if I was 25 again, if I didn't have two little girls who look up at me with eyes brimming with trust. It has never felt so hard to be a woman, to be a mother. I've never been more aware of what that means.

So, here I am, adrift again in a sea of domesticity. Does that sound melodramatic? That's just how I feel. I'm mourning that nice job in that nice quiet office, quiet enough where I could hear myself think.

Things will get better. They have to. I'll get more sleep one day, and I'll hire a little bit of help with Livvy so I can get more work done, and I'll find myself again, buried somewhere under the obligations and bills. In the meantime, I'm going to fetch a beer from the fridge and take another one of those bubble baths and then put myself to bed. But not before I check one more time on my beautiful sleeping daughters.