I've been slacking in the blogging department but not in all the other departments, that's for sure. Nekos has been out of town on two work trips this month so I've been winging it as a solo parent much of the time while also juggling some extra freelance writing work in addition to my regular work. (Stress-full. Waking-up-with-a-lump-in-my-throat-at-2-a.m. stressful. Our whopping tax bill did not help with that.) But there's a lot I want to blog about. Like, there's a post I have in mind to write about big and little motherhood insights I've gotten now that I'm on round two ... and another post about how I painted my porch ceiling blue like I've been dreaming about. I also thrifted this rattan chair to go on the porch, and everything with that space has fallen into place, and I love it now. Nekos hung a baby swing out there, and Tessa and Livvy take turns swinging, and it is ah-dorable. I've yet to get my first mosquito bite of the season; I'm sure that will change the way I feel about spending time outdoors. 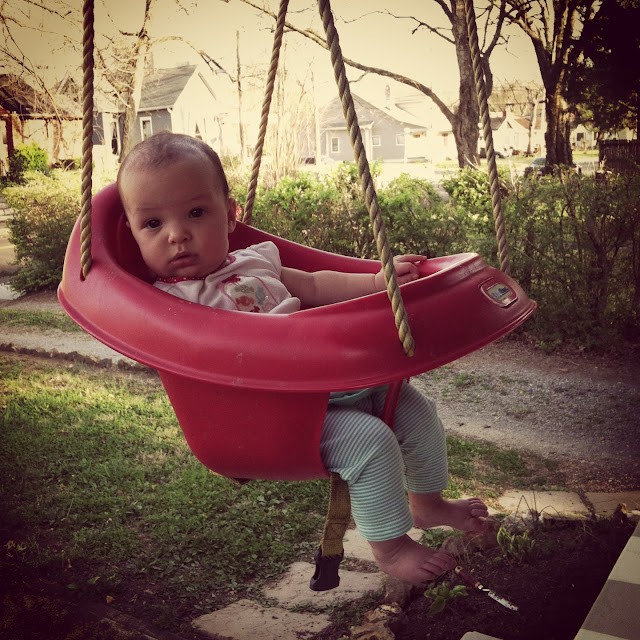 Also, I am just super, uber in love with Livvy right now. I've of course loved her always, since the very first second, but I had some trouble bonding with her as a newborn. She's nearing five months, and has almost stopped spitting up completely, which is a big deal, because it was pretty awful and constant and not at all good-smelling and sort of demoralizing to be getting thrown up on all day. She is also sleeping so much better--waking up either once or not at all at night to eat. To be honest, I really don't mind feeding her once at night. More than that, though, and I am pissed. Most of all, though, she is just so lovely--big, huge smiles that crinkle her nose and spread all the way to her gray-brown-who-knows-what-color-they'll-turn-out eyes. Her epic bald spot is filling in with dark fuzz and the longer pieces are starting to curl around her ears and at the nape of her neck. Who is this little person? I feel like I see so clearly who Tessa is, but I'm still figuring Livvy out, and it's exciting! 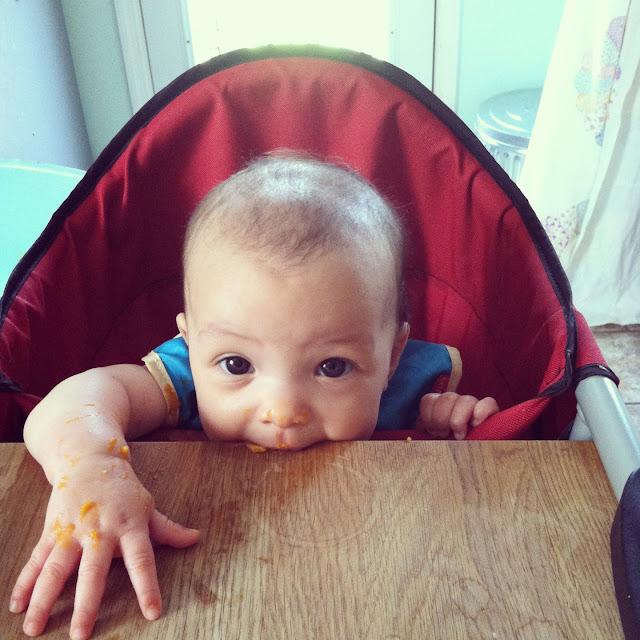 And I'm still doing that green smoothie challenge. Haven't missed a day, not because I'm a very regimented person, but because I love these smoothies. Every single day I am literally eating four times the produce I would normally eat because of these things. I've only lost two pounds, but I'd say that the biggest difference I've noticed is that my sweet tooth is diminished, although not my overall appetite. Nursing keeps me hungry around the clock, which makes me think I probably won't lose the last five or so pounds of baby weight until I'm done with that. And I'm definitely not ready to be done with that. Speaking of eating, Livvy is starting to do it--so far I've made her avocado, applesauce, banana, rice cereal, and sweet potato. Sweet potato has been her favorite. 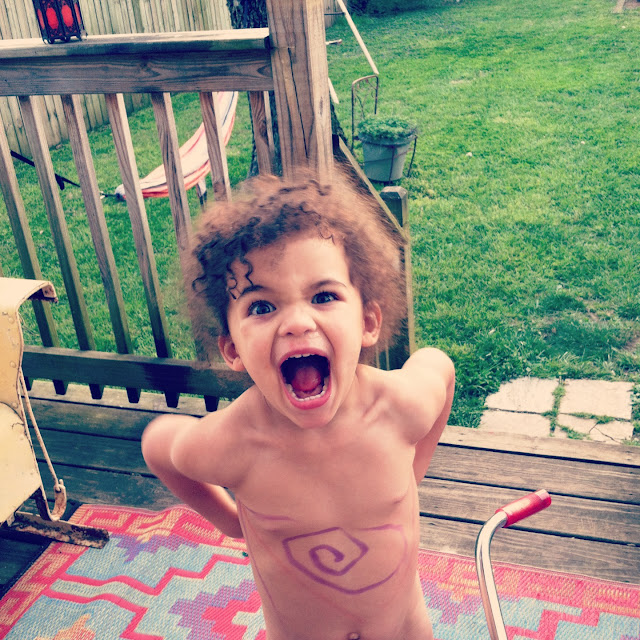 Regarding Tessa, she is such a frigging joy (85 percent of the time). That's part of the reason I decided to only put her in school two days a week this summer (as opposed to her usual four). I may or may not be crazy for doing that, but I just get the feeling right now that I want to drink her up with a straw. I've heard awful, terrible things about three-year-olds, but so far she has been awesomely funny, alarmingly smart, and just take my breath away beautiful. Sometimes--even with the snot-streaked nose and the magic marker on her legs and the hair in pigtails--I get glimpses of the woman she will grow up to be, and woah ... I love her. 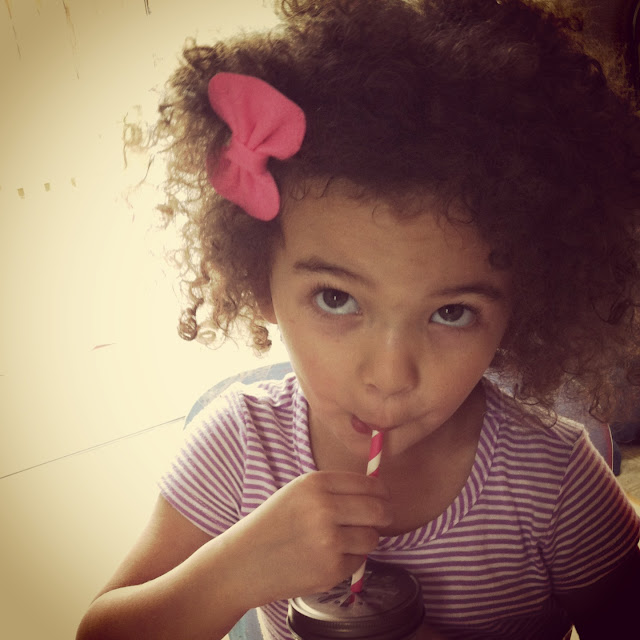 I hope to be back with more soon.