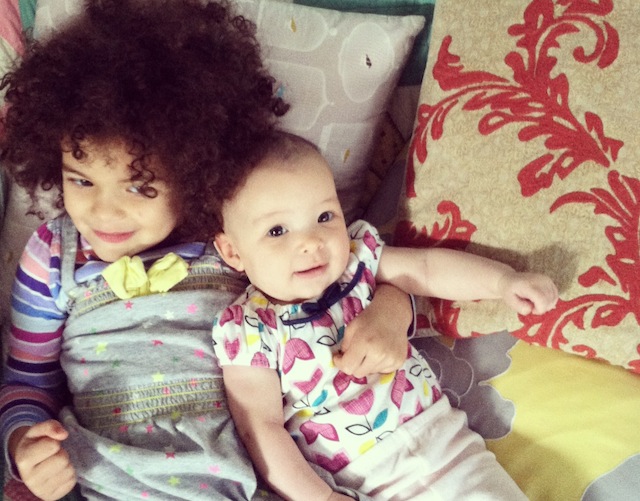 “There were once two sisters
who were not afraid of the dark
because the dark was full of the other's voice
across the room,
because even when the night was thick
and starless
they walked home together from the river
seeing who could last the longest
without turning on her flashlight,
not afraid
because sometimes in the pitch of night
they'd lie on their backs
in the middle of the path
and look up until the stars came back
and when they did,
they'd reach their arms up to touch them
and did.”
― Jandy Nelson, from The Sky Is Everywhere


Nekos and I are both onlys, so raising these little siblings is a brand new thing for us. I always liked the Bon Iver lyric, "I am my mother's only one / It's enough" because how romantic to think I was all the kid my mama needed. But the truth is that there would have been siblings for me if circumstances had been different and my parents' marriage hadn't ended the way it did. I grieve sometimes for my mom that she didn't get to have more children. Because she's a natural mother--giving and open and warm and wise. She assures me that it's OK. She says I'm enough. But she sure does take great delight in the two grand daughters she has now.

I always knew I wanted more than one child, but not because I didn't like being an only. I mostly liked it actually, although I've especially idealized the sister relationship and looked for that sister figure in my best girlfriends. My childhood wasn't the most excellent, so I think that getting to grow up in the bright beam of my mom's undivided attention helped me overcome that. I'm sure, though, that as I witness Tessa and Livvy's relationship continue to develop, I'll come to understand more about what I missed by not having a brother or sister.

Nearly five months in, it's been an unbelievable experience to see these girls become sisters. I like to spy on them interacting, peeking my head around door frames or eavesdropping from another room, because then I get to see Tessa smooching on Livvy or cooing at her, bringing her a rattle or wagging a stuffed animal in her face. It's basically so friggin' adorable that I can barely stand it, and I'm often calling Nekos into the room so he can get a load of the preciousness. And when Livvy goes to stay with my mom overnight, Tessa does a whole lot of heavy sighing and saying, "Mama, I reeeeeally miss Livvy." 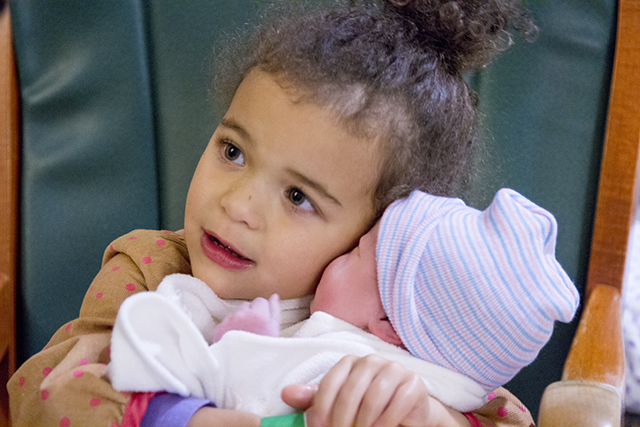 When we first brought Livvy home from the hospital, I said here that I wouldn't trust Tessa alone with Livvy, not for a minute. But now I do, within reason. She has quickly learned the dos and don'ts of babies, how to be gentle and to keep things away from Livvy that could hurt her. We're still working on some concepts; today Tessa asked, "Since Livvy can eat soft things now, she can eat some of my fruit gummies?"

I wonder if Tessa tires of people asking her, "How do you like being a big sister?"

She gets asked that at least once day and usually just says, "Good." Then she snakes her arms around my leg and hides her face against my knee.

But if Tessa was really going to tell you how she feels about being a big sister, I think she would say, "You guys? This is the single best thing that has ever happened to me." She has someone now to watch cartoons with, to watch her dance, and to grin big and crooked at every single thing she says and does. Livvy turns on like a light when I carry her downstairs and she sees Tessa for the first time every morning.

It's so hard not to compare them. They are so stunningly different. First off, they look almost nothing alike. Analyzing their baby pictures has been futile; I can find barely any similarities there. Their hair is different, their eye and skin color, their personalities and preferences, the shape of their little faces. Livvy, for instance, won't take a pacifier, while Tessa clung to hers until she was almost three. The way I feel about them is different, too. I'm learning that's OK.

We are all going to grow up together--me and Nekos and Livvy and Tessa. I am so, so excited about it, but I feel like I have a lot to learn about how to help them be friends and not competitors. I've been reading Siblings Without Rivalry, which has given me a lot of insight about how to nurture Tess and Liv as individuals and not do them the disservice of putting them into roles--like "If Tessa is this way, then Livvy must be this way..."

The book warns, "The mere existence of an additional child or children in the family could signify Less. Less time alone with parents. Less attention for hurts and disappointments. Less approval for accomplishments. . . . No wonder children struggle so fiercely to be first or best. No wonder they mobilize all their energy to have more or most. Or better still, all."

I want to do everything I can to make sure that my two daughters not only love each other but like each other. Here's hoping I can honor their differences without comparing them. Behind closed doors, and in my heart, I may marvel at what different creatures they are, but I'm going to try not to when they can hear. I want them to know that they are always enough, together and apart. 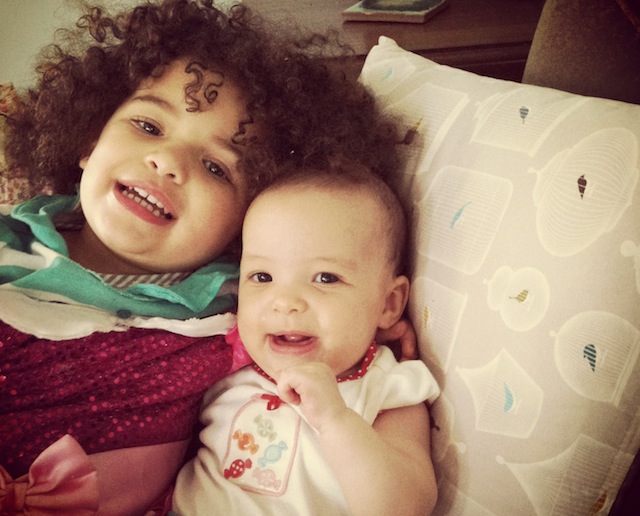