My 3-Year-Old at Bonnaroo. 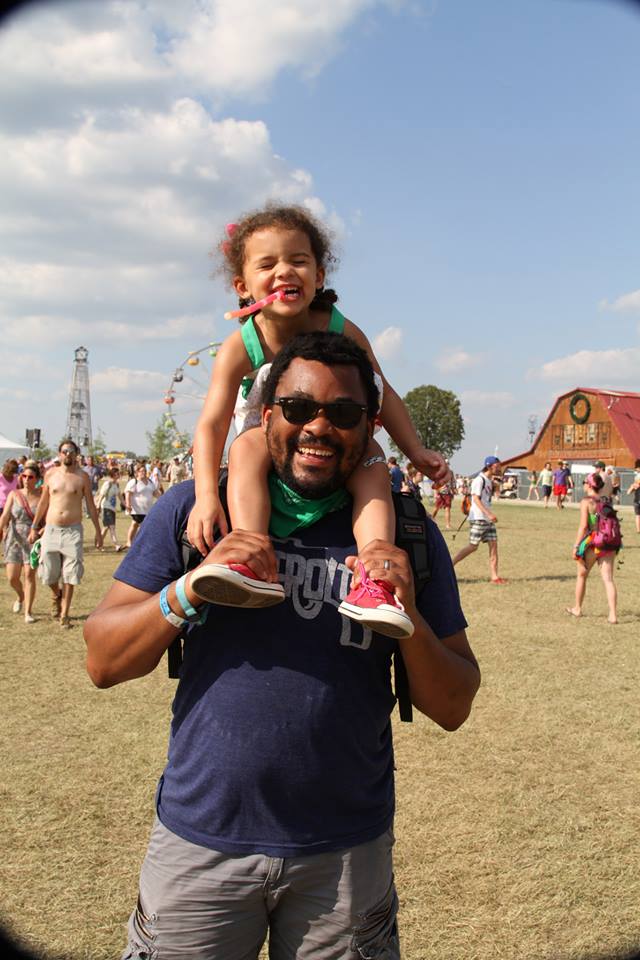 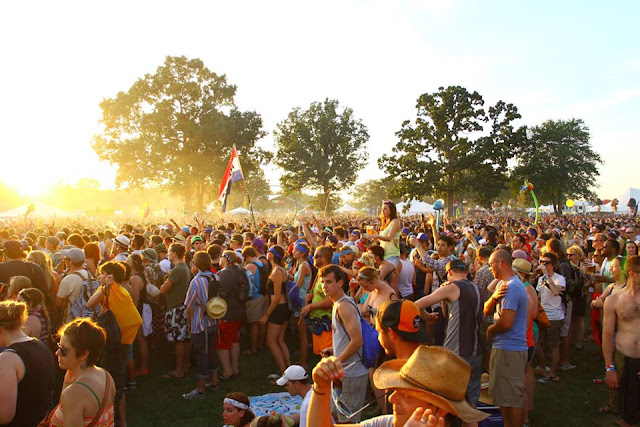 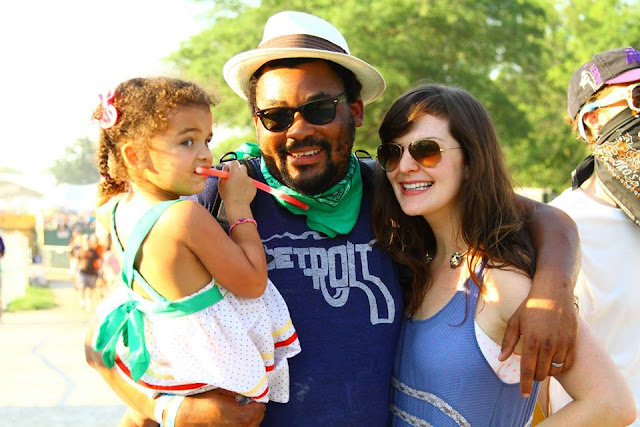 Nekos goes to Bonnaroo every single year. I've been probably seven or eight times, but he has been 11 out of the 12 times it's happened. I think we used to snub our noses at parents who brought their kids to Bonnaroo, but that was before we had them and realized that Bonnaroo is, like, a kid's wonderland times a zillion; it's a great big friendly hot dirty sticky loud and overwhelmingly interesting place where kids are right in their element. It's where grownups come to pretend they're kids. Bonnaroo is woven into the fabric of our 10-year relationship--a brightly colored thread with lots of memories attached. Two years ago we brought Tessa for the first time, and we are excited to take Livvy to Bonnaroo, too, one day when she's old enough. 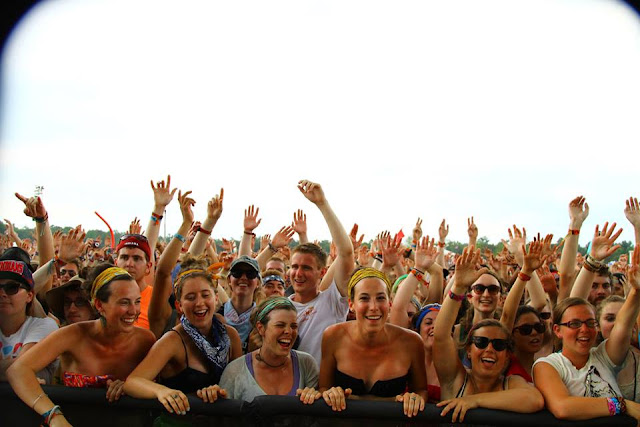 While Nekos is there at the world's biggest, baddest music festival, he works at his friend Justin's poster booth several hours a day; that way he gets an artist pass that allows him to traipse backstage like he owns the place. This is heaven to Nekos, who is a music fan with a capital "F". This year he met Adam from Man v. Food, and he met the Wu Tang Clan and some other peeps, too, probably that I can't remember. All I heard was Adam from Man v. Food because I love Adam from Man v. Food.

Once Nekos is "in" he asks around for a spare pass for me and usually doesn't have much trouble locating one. This year he found me a vendor pass so I got to park in the backstage area (which is still a half-mile walk into the festival), where Port-a-Potties smell slightly less sick, crowds are less stifling, and you may or may not run into someone who makes you almost wet your pants. 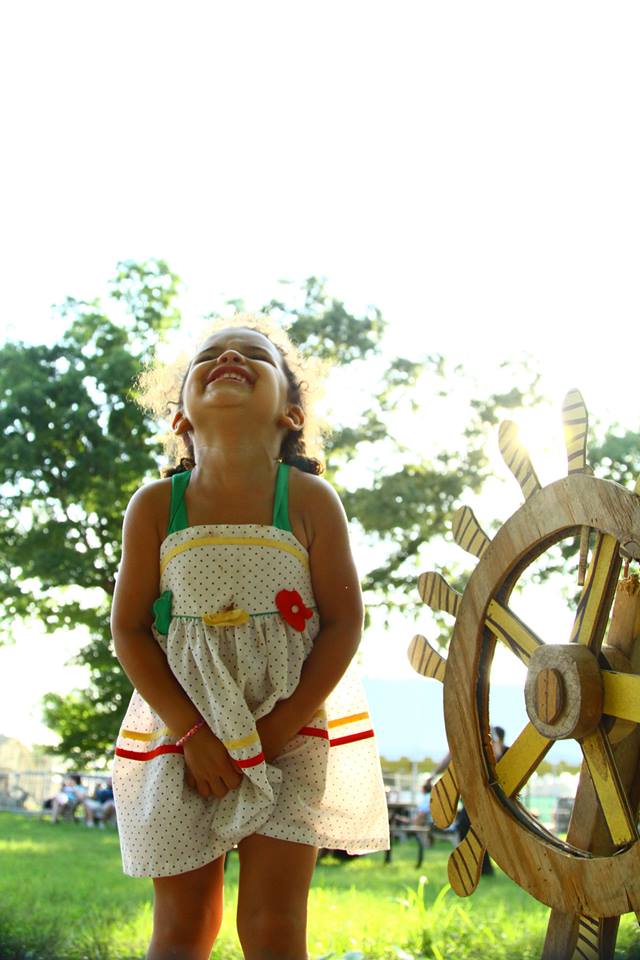 On Saturday afternoon, I made the hour drive to Manchester, TN. (Baby Livvy stayed the day and night with my mom.) Tessa napped the whole way there, and we met Nekos at the Starbucks outside the festival, where she immediately got a chocolate milk to start things off with a bang. Also making things awesome: Jim friggin' James was chilling at a table in Starbucks with the other members of My Morning Jacket, and he was watching when Tessa first laid eyes on her dad, who she hadn't seen in two days. She ran into his arms squealing, "Daddy!" and Jim friggin' James, all goo-goo eyed, stopped us to say, "That was such a beautiful scene." Day. Made. 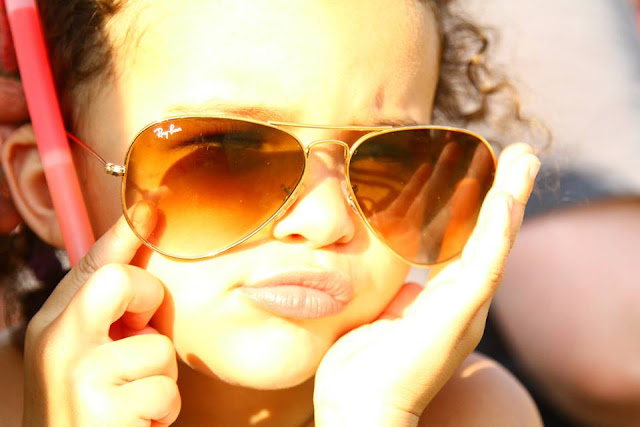 Over the next few hours Tessa got to ride the ferris wheel, hear Cat Power, play in the mushroom water fountain, eat ice cream, paint and play guitar in the kids' tent, and be the recipient of our complete attention. Because there is no taking your eyes off your kid for even a single second when you have her in a crowd that big. In retrospect, I really should have made her a sign for around her neck or a bracelet with her name and our phone numbers on it just in case. Next time I will. I should also mention that this day was great for Tessa because she got to pee outdoors. She loves to pee outdoors. 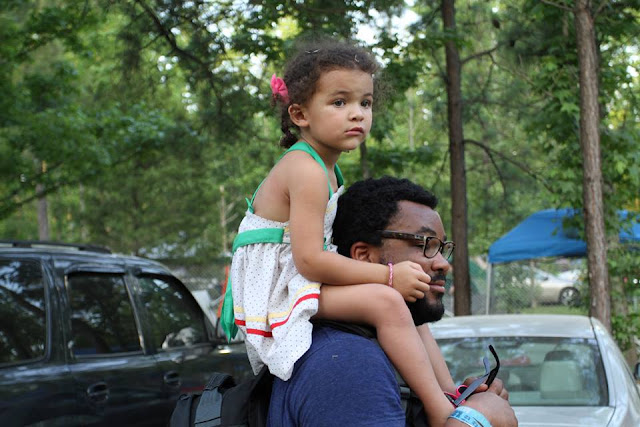 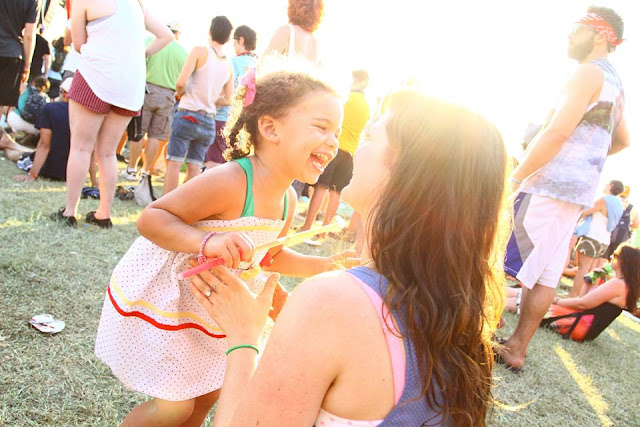 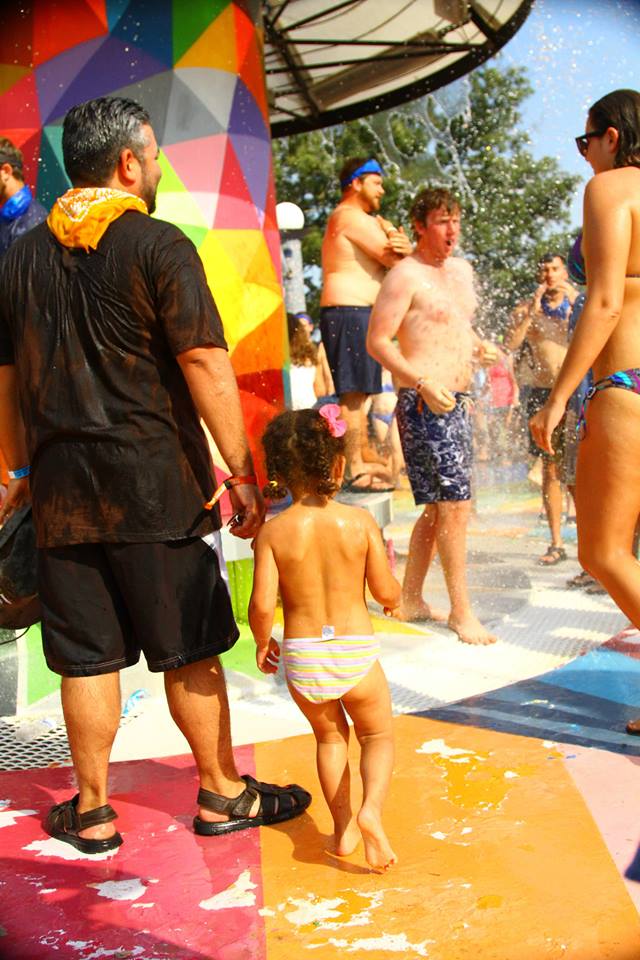 So, it was not the most relaxing day for me because my vigilance was turned up to 10, but I had so much fun watching Tessa have so much fun. And at the end of the day I was grateful to get back in our car and drive back to our clean, air-conditioned house, where my little lady and I curled up in bed together, read some Dr. Suess, and fell fast asleep. I'm not really a camper, and I can't imagine trying to camp with kids. Not kids this young anyway and not ever at a music festival. Nekos came home two days later--dirty and exhausted and still elated. It was good to have him back. Four days of single-parenting (not counting my mom's help with the girls, which was life-saving) had worn me down. I'm happy to have him home and have things back to "normal," but I know I'll remember this fun date with Tessa for a long time to come. Or if I don't remember it, at least Tessa will. She has been talking about Bonnaroo non-stop, telling friends, teachers, and anyone who will listen that she went to Bonnaroo with mom and dad.

Posted by Ellen Mallernee Barnes at 10:25 AM