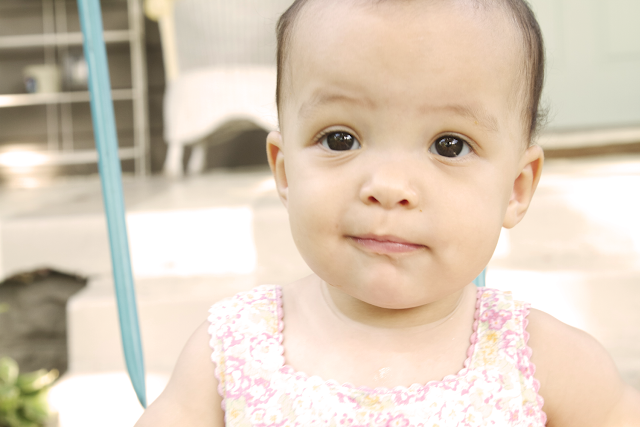 At eight months old, Livvy ("Lou") is incredibly lovely and mild-mannered. She's usually a quiet observer, taking it all in with those cocoa eyes of hers. I'm humbled every day by how much she loves me; I don't deserve it. But there is nothing like the way a baby loves and needs her mother. I love having lil Lou on my hip and in my arms. She is a huge joy, and her smile has a way of reminding me what's most important when I'm all harried and annoyed and over-extended, which I am too often. 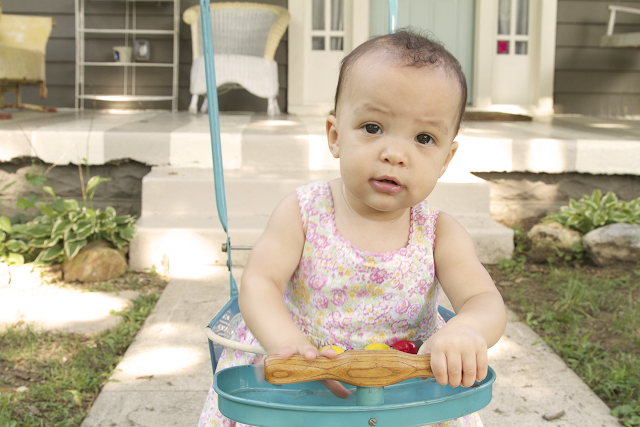 She has seven teeth. She puts everything in her mouth, and I totally roll with that. God made dirt (and paper and shoes and Barbie dolls and leaves and so on), and dirt don't hurt. She usually eats two to three solid meals a day, and we are pretty much done with purees. All those teeth mean she can crunch things up pretty well, so she usually has fruit for breakfast (banana and blueberries are favorites), part of a peanut butter sandwich for lunch, and some rice and veggies for dinner. There are lots of crackers in between, and I'm trying to introduce more protein--things like yogurt and cheese and beans and some meats. 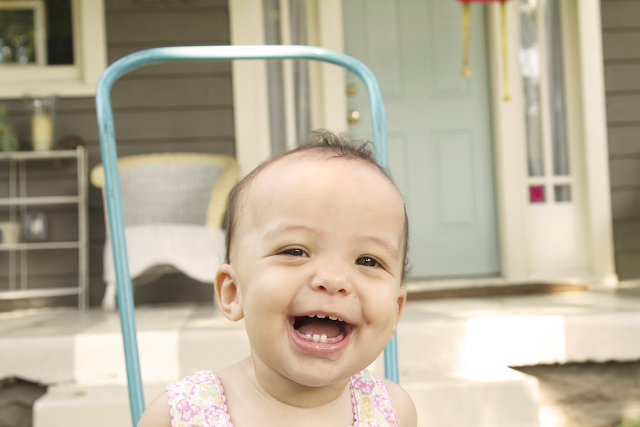 I'm starting what I hope to be a slow weaning process with Livvy. I have completely mixed feelings about this. She nurses still probably four or five times a day, but she has started to get about two bottles of formula also. This started because she would get so distracted while eating that she would hardly eat anything at all, but she can concentrate better for some reason on drinking her bottle. Maybe because it's easier? I normally give her first bottle to her mid-day (like when we're in the car running errands, so she can feed it to herself), and the other she gets right before bed. It doesn't seem to make a hill of beans difference to her whether she gets her milk from a can or from her mama, but I still love being able to nurse her as a comfort right after she gets hurt or when she's sick. Well, I still like being able to nurse her period. I'm not done with it yet. I expect she'll be my last baby, so I know this will be my last time to nurture a baby in this way. I hope that I won't miss it when I'm done because I hope I'll be completely ready to be done. I want to continue nursing her part-time until she's a year old--maybe two to three times a day--and then either decide to be done with it then or continue on for a bit longer. But I don't know ... milk seems to be a fleeting thing. I'm being really careful with how much I supplement so I don't lose it all together. 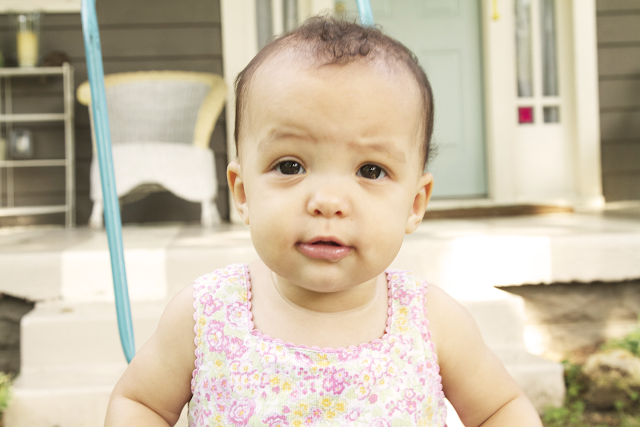 Nekos feeds Livvy her last bottle of the day, and he loooooves doing this and putting her to bed. The last month has been a turning point for Nekos with the way he feels about Lou. They are super bonded now. I'm sure it helps that he gets to help with feeding her and rocking her to sleep because there's about nothing sweeter in this world than hearing a baby gulp down some milk and then settle and melt into sleep in your arms. Tessa and Livvy are even more inseparable now that Livvy can crawl (and fast!) and is interested in toys. The two of them will sit and play in one another's rooms (without my supervision!) for quite a long time now. I don't know who likes the other more; both girls are just crazy about each other, and Tessa has turned out to be my helper in so many ways. I let her pick out Livvy's outfit most days, and she's always happy to entertain her, "read" to her, share her snack with her, and give her kisses. (Are y'all getting bored with these details yet? Well, this serves as Livvy's baby book. Really, I'm going to take all these monthly posts and have a book made, so I gotta write this stuff down.) She usually sleeps straight from 7 p.m. to 6:30 a.m., and she's down to two naps a day. The morning nap is two hours, and the afternoon nap is more like an hour and a half. 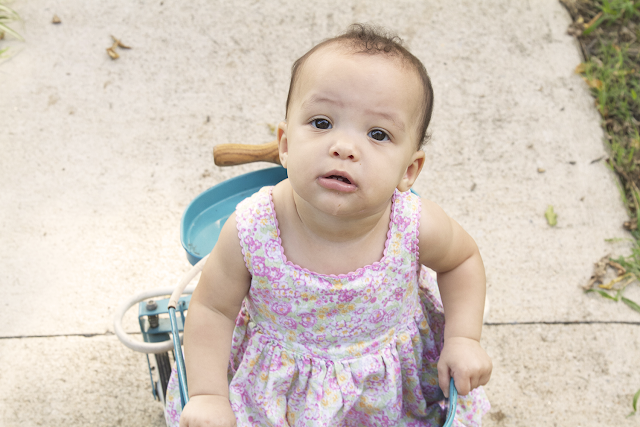 I'm not believing she is eight months already. 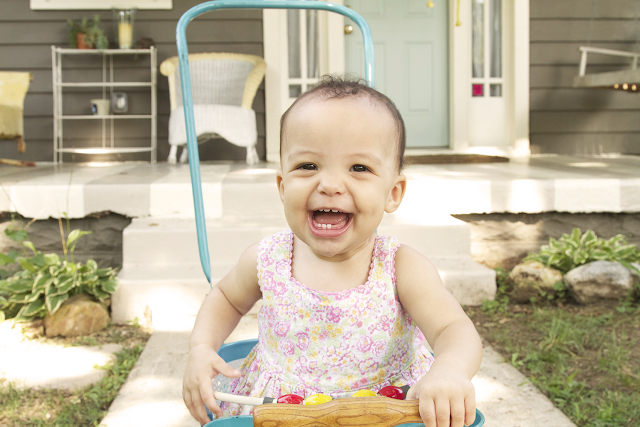