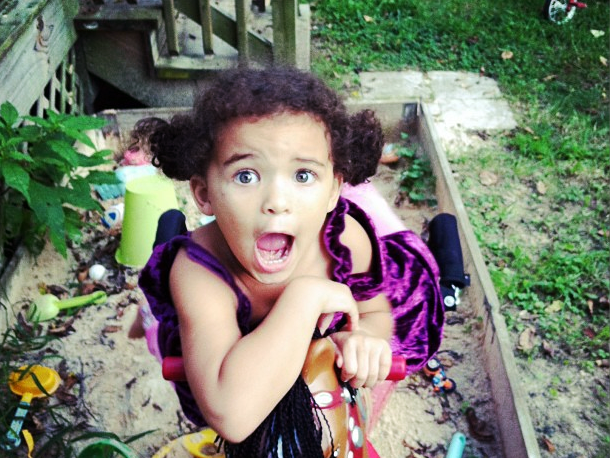 My mom says my last blog post made me sound OCD. Yeah, well, if that's true, then this one reveals how unruly my life truly is. (Maybe it's just that obsessing over paint colors is one of the only things I have any iota of control over. But I think really what it is is: I like paint colors. I think that's pretty much it.)

Anyway, Nekos was in Louisiana last week on business from very early Monday morning until Saturday evening. I had been kind of dreading it for a week ahead of time. It was to be the longest time I had ever cared for the girls on my own, but I knew I would have some relief from the single-parenting workload because my mom would be able to keep Livvy one night. And I could use the YMCA childcare and a drop-in daycare a couple of other times when I needed to get some work done or just have some personal space and peace and quiet. After all, my workload last week was larger than normal; I had gotten a couple of extra freelance assignments (thankfully!), and the deadlines were bearing down on me.

Both kids got snotty noses immediately after Nekos left town. My mom, who catches every bug that comes her way now that she's in her sixties, said she couldn't keep Livvy because she didn't want to get sick. Plus, she was headed out of town herself on Friday. And my normally always-smiley baby who naps like clockwork and sleeps through the night suddenly turned into a needy nightmare. She would hardly let me put her down and wouldn't let anyone else hold her for even a second. When I tried to go over to a friend's house one night, I couldn't even put her down to go pee without her face getting all contorted with crazy cries. When I tried taking her to drop-in daycare, they called me to come get her because she wouldn't stop crying. And twice when I took her to the YMCA childcare I had to leave shortly thereafter because she was so hysterical. After that last failed attempt at getting a moment to myself, I sat in my car with my head against the steering wheel and just cried, feeling so trapped and smothered, old and alone. But then I had to get myself together. After all, I had to go buy some diapers.

The next day I took Livvy to the doctor to see what was up. She had an ear infection. So she's now in the process of killing her first--but certainly not last--bottle of bright pink bubble gum-flavored amoxicillin. (It's done wonders; she's back to normal now.) 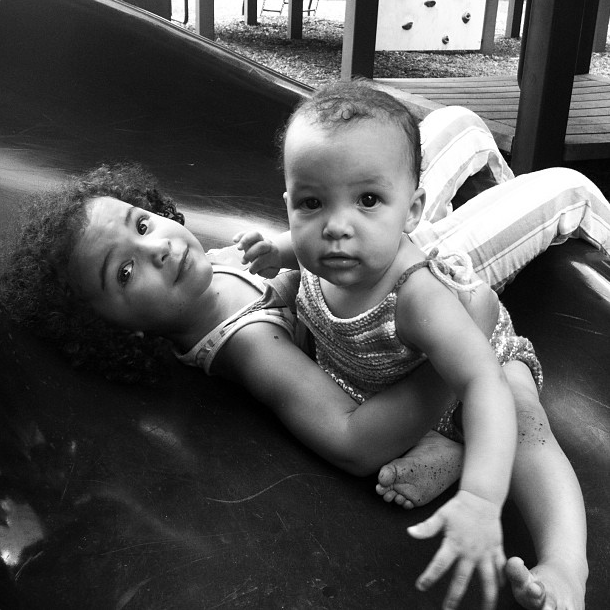 Usually I can always find a way to get a break from my girls when I need one. And boy do I need breaks. That is especially apparent to me now. Even very short intervals away from them--an hour or two--can ground me and return my sanity, make me miss them and crave their sweet, silky, snotty faces again. But as the week went by and all my efforts at eeking out even a little bit of me time failed, I felt myself losing my mind. I spent the last few days of the single-parenting stint essentially miserable. At a Panera on Friday--the day before Nekos came home--I probably appeared to have completely and utterly lost my shit. Tessa started to pitch a fit in front of the order counter and, totally over it, I told her we were just going to leave, which caused her to pitch an even more savage fit. Since I had Livvy in one arm, I couldn't pick Tessa up to carry her out. I told her she would either have to walk out or be dragged, and she opted to be dragged. Picture me dragging a kicking and screaming Tessa out of Panera, up a few stairs, and across a parking lot by one arm. It was traumatic for both of us. After I got both girls into their carseats, I stood outside against my car and wept. I cried the whole way driving home, and I cried at the kitchen table as Tessa and I sat there eating our peanut butter sandwiches. She looked up at me, completely bewildered, "Why are you so sad, mommy?"

Some weeks you just have to do the best you can. Sometimes the best you can is pretty damn heroic, and sometimes you're dragging your kid out of Panera and up some steps by one arm. Sometimes it's your girlfriends and not your husband who are around to keep you afloat. Last week one girlfriend brought flowers and a latte, and another came by with dinner and helped me hold Livvy down and sweet talk her into gulping down her pink goo. There were texts and phone calls and some beers on my back porch with friends that sustained me, too.

I only cried one other time last week: When I picked Nekos up at the airport. Now I know--really, really know--that it's because of him that I get to be a great mother most of the time. When he's gone, I feel haggard and lonesome, totally unglued. When he's here with us, we are a family. I love this family. And I love that bad weeks make the good weeks that much more epic.

Posted by Ellen Mallernee Barnes at 11:27 AM