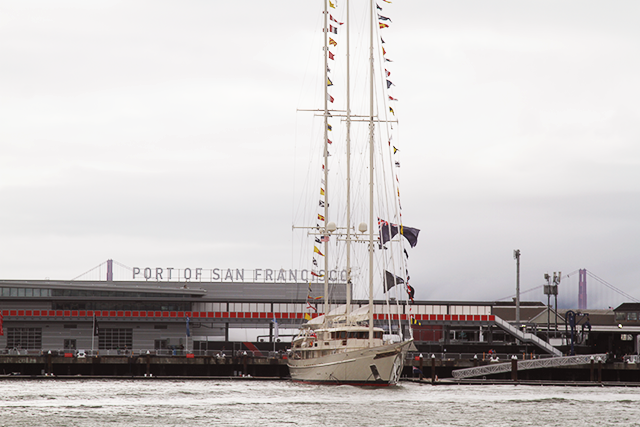 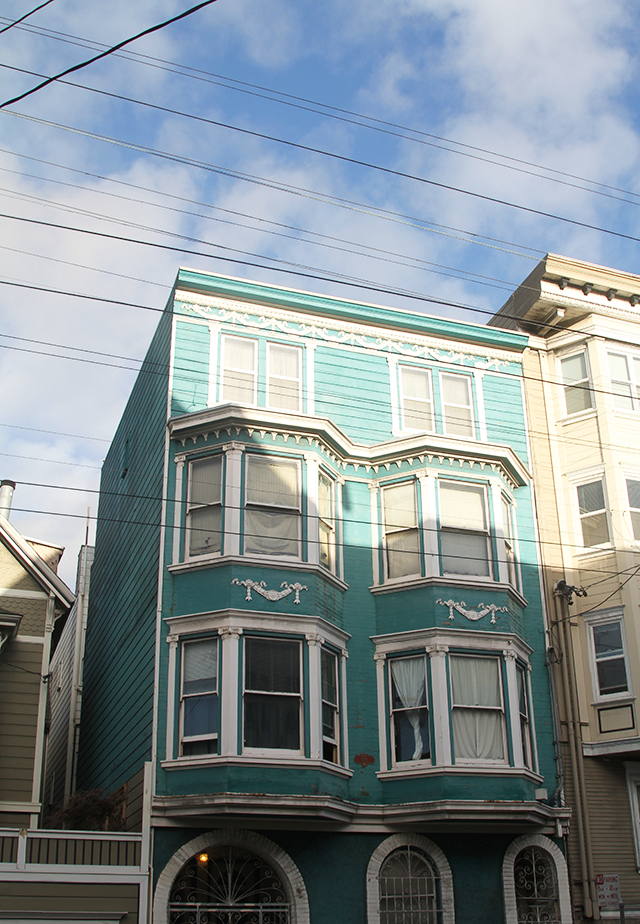 Man, oh, man. It's hard to know what to say about San Francisco exactly.

This past weekend was my first time there. The trip was a badass 31st birthday present from my husband, who knew I'd always wanted to go (and who is going to benefit from the brownie points he incurred for a long time to come), and I went in not knowing much of anything about this city on the bay. I left feeling wistful and a little sulky, craning my neck for one last glimpse of the city from the airplane window.

However, it's quite possible that I was so desperate for a new place to see and to be that I may have been floored by any number of new places. This was my first trip without either Nekos or my kids since Tessa was born three-and-a-half years ago. And as much as I was (at times) craving my kids--the comfort of their smiles, the weight of their bodies in my arms--I was not so anxious to get back to motherhood. Because if I didn't enjoy the break, what was the point of having the break? I even looked forward to the day of travel back across the country all by myself. This kind of alone time never happens to me, and as an introvert, it is so delectable, even if I'm smooshed into an airplane.

I met my friend Brooke in San Francisco. 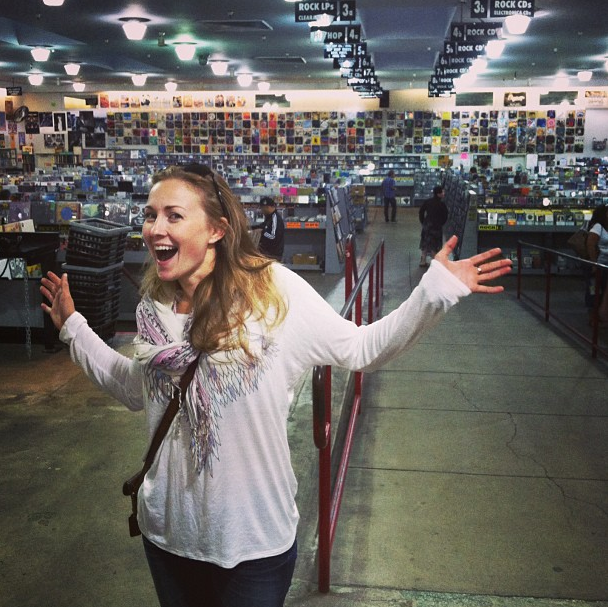 She lives in Spokane, and had never been to San Francisco either. I am wild about her because not only is she a true and loyal friend, and so very much fun, but I can tell her the most outrageously serious and depressing things and not feel one bit nervous about revealing them. For as much as we can do the heart-to-heart thing really well, we can be equally ridiculous, which is equally important. (The first night we were there, we laid in bed and watched this video about 10 times and got hysterical.) I feel truly loved by her. And I truly love her. She is, incidentally, fortunately, the queen of navigating public transportation, and she bussed us all around that city like a boss. This is great because I am worse than terrible at directions and navigation. 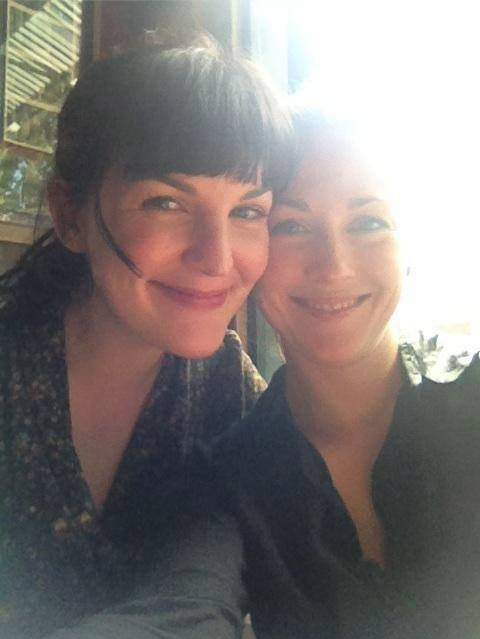 We found a great place to stay on airbnb because all the hotels we looked at that weren't, like, flophouses were hovering around $300 a night. What we ended up with was a room in a girl's apartment in Lower Haight on Fillmore Street. The bathroom, and a kitchen, were down the hallway, and sharing them with roommates turned out to be no biggie. I didn't take a picture myself of our room, but this is one of the ones from Airbnb. We paid $130 a night I think, and I loved getting to stay in an "actual" neighborhood and not some tourist hub. 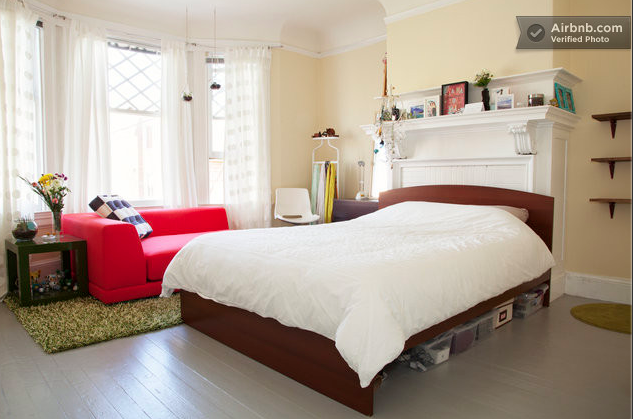 San Francisco was bigger than I thought it would be. It's not like I thought it would be quaint or anything, but I felt like I'd be able to get a good grasp on the place while I was there. Brooke and I gave up on that notion pretty quickly, and realized we'd only be able to do about an eighth of the stuff we'd previously felt convinced we needed to do. Seven miles by seven miles just doesn't sound all that large, but there's a shit ton crammed into that space. And since we were inching along on public transportation with people who had, uh, some memorable odors, it probably seemed that much more endless. It was also, in a word, gorgeous. Some blocks were grimy, sure, but then you'd turn a corner and see a hillside piled high with row houses or the blue of the bay pierced by sailboats. 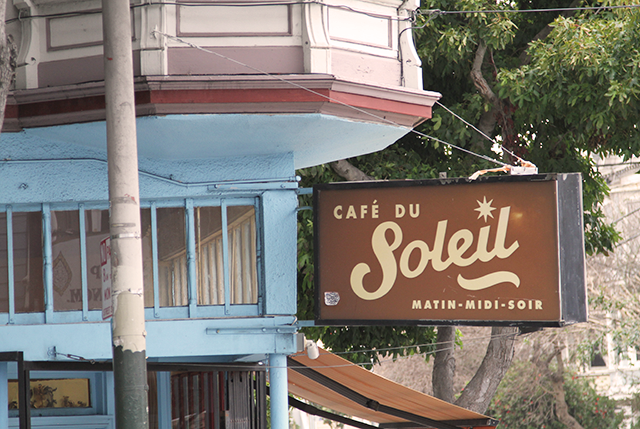 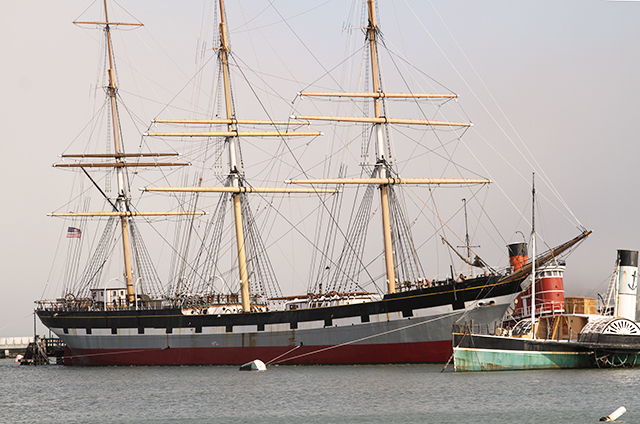 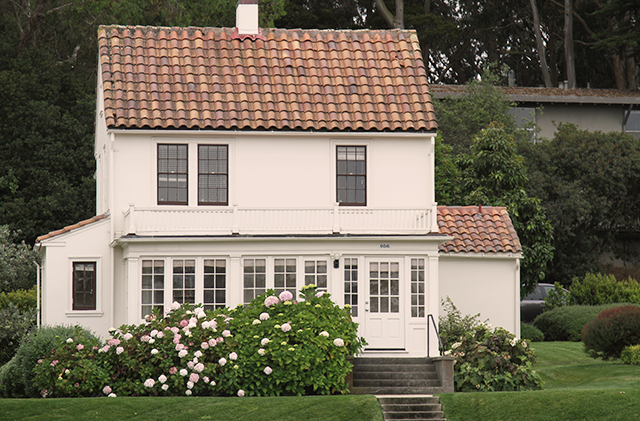 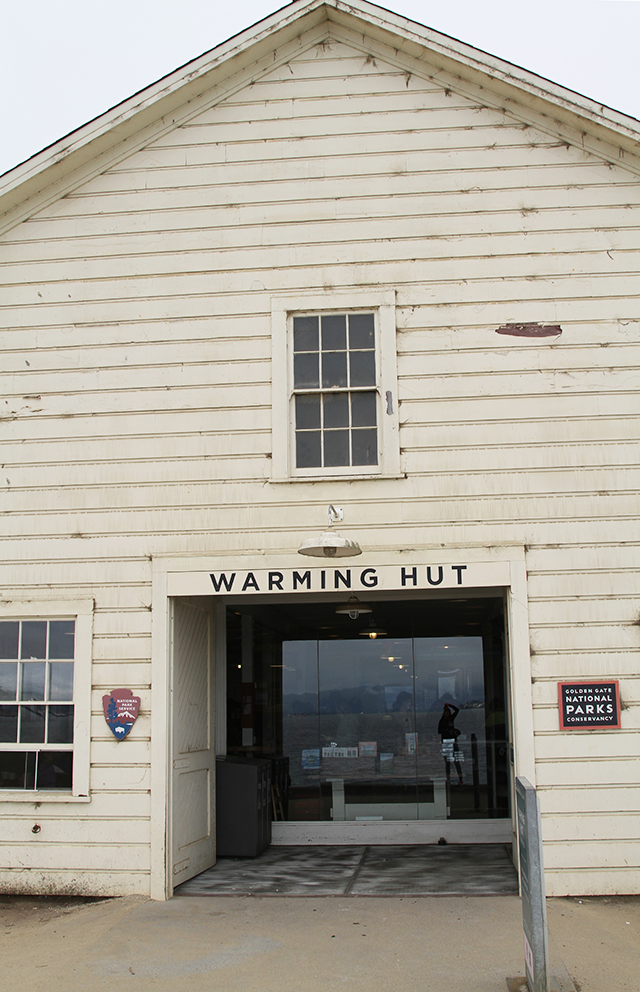 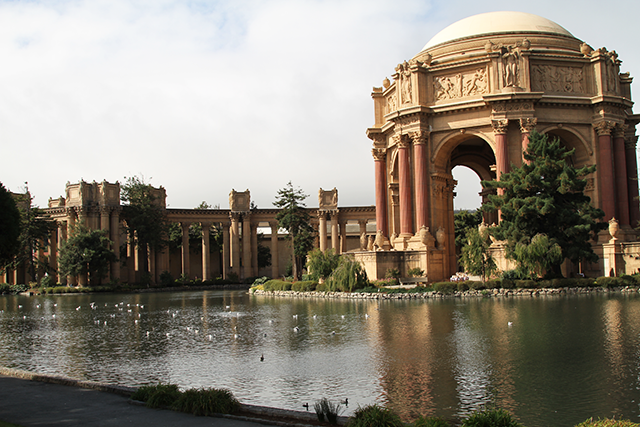 The best thing we did was rent bicycles on Friday and ride them across the Golden Gate bridge and down the hill into Sausalito, which is just too beautiful for words. This experience will probably be the one I remember most clearly because it was so surreal. In Sausalito, we had drinks and burgers and I pumped my boobs for the first time in a public restroom (not cool/very demoralizing), and then we took the ferry back to the city, passing the imposing and somber Alcatraz on the way. We got off and rode our bikes through the Fisherman's Wharf area. We thought the Wharf would be dope, but it seemed maybe too flashy to make us want to go back for another look. 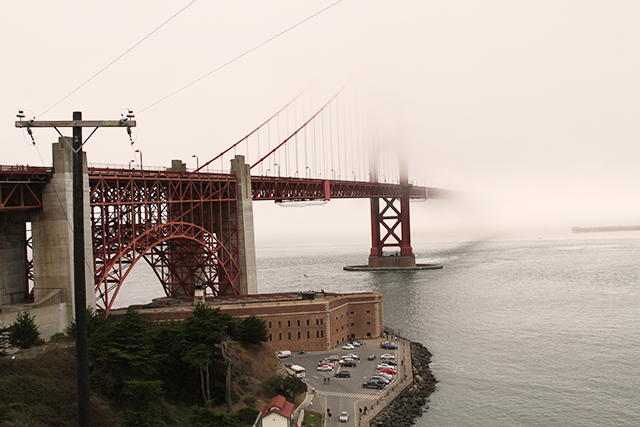 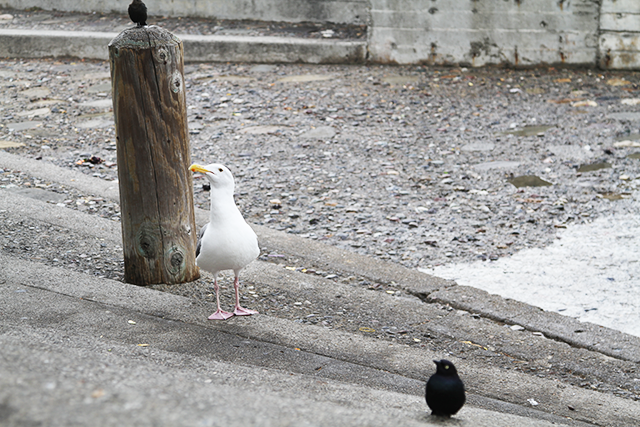 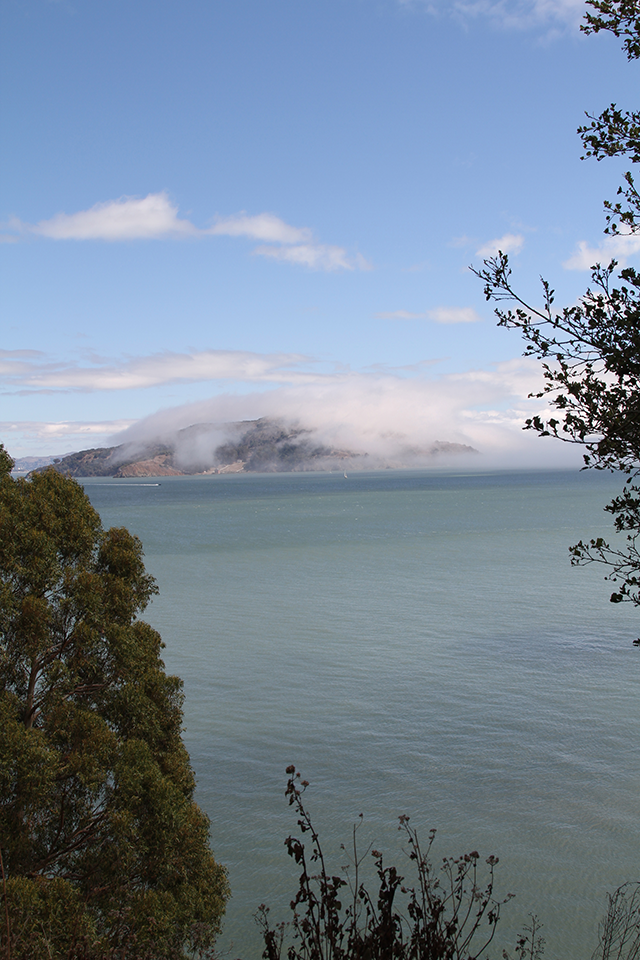 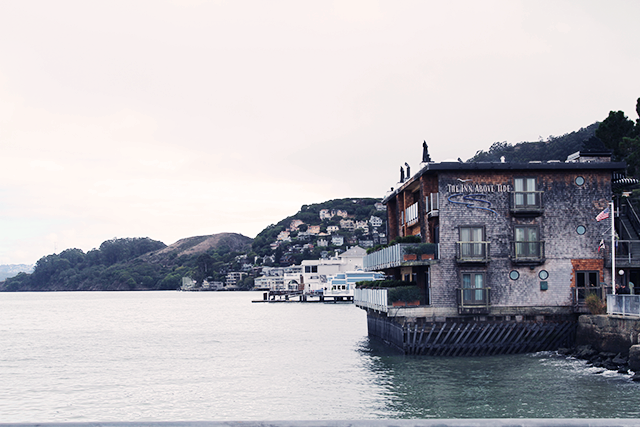 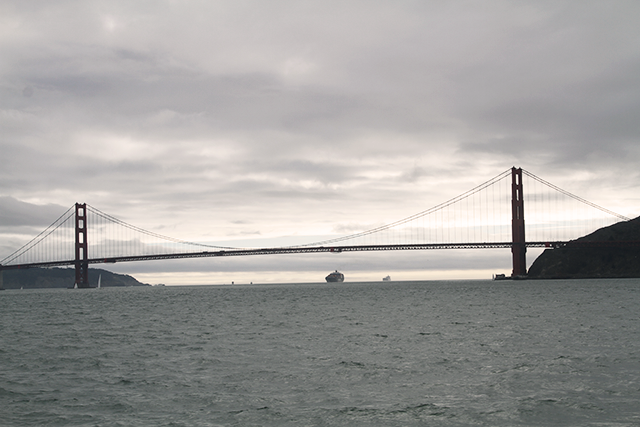 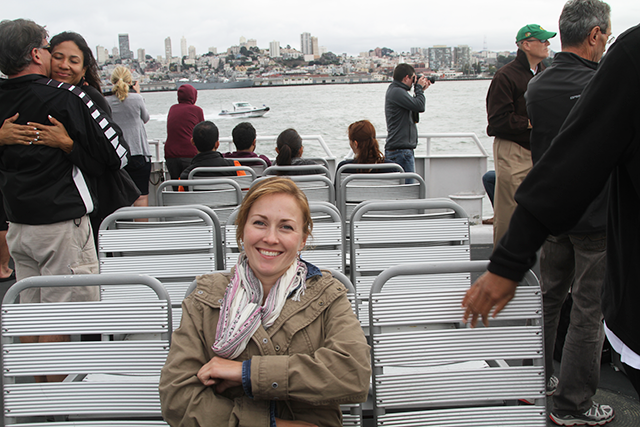 Oh, and another notable thing that happened? After about five years of saying I was gonna, I got my nose pierced in Haight Ashbury on my birthday at a place called Braindrops. Brain-friggin-drops. I was nervous and trying to downplay the fact that I was needing to take big, gulping belly breaths, but even reminding myself that I've given birth to two kids didn't do much to quell that. Brooke held my hand, and the kindest, tattooed gay guy ever pushed a big ol' needle through my nose and that was that. I love it. Shoulda done it sooner. But happy it has a cool story behind it. 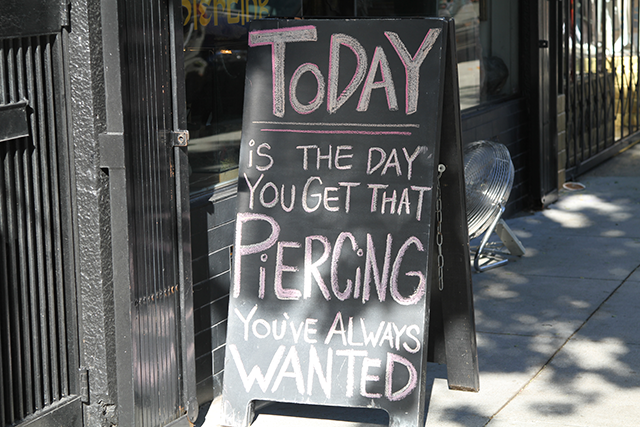 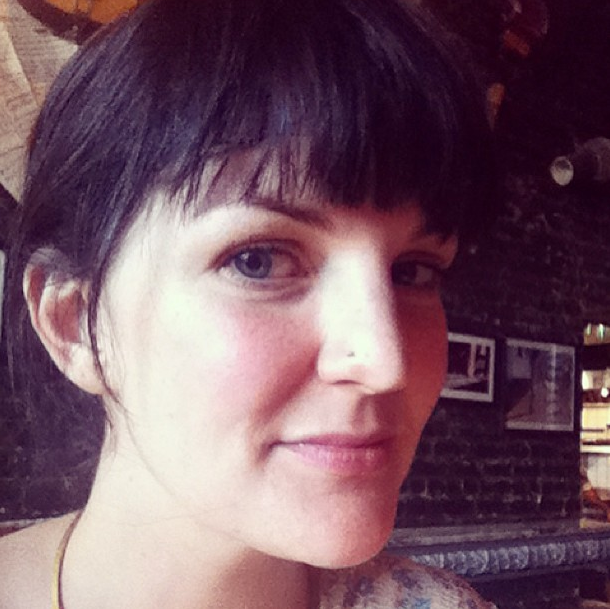 Otherwise, we had lots of great eats (best stops were at Cha Cha Chas, Flour + Water, and Locanda) and drinks (I did a pretty upstanding job sampling the city's IPAs). And I spent no small amount of time marveling at the fact that while you'll see almost no one smoking a cigarette at a bar in SF, smoking pot at a bar in SF is entirely acceptable. In fact, other than at Bonnaroo, I've never been asked more frequently if I wanted to buy pot.

In the end, I said goodbye to Brooke and San Francisco and made it home to Nashville. Both of my girls were fast asleep when I got in, but Tessa and Nekos had made a WELCOME HOME, MOM sign for me, and it was suspended from the door frame in our living room. I tried to wake up Tessa because I had presents for her (a Cinderella Barbie!), but she was too tired, so that had to wait until morning. But Livvy stirred awake pretty easily, and when I got her in my arms and into that sweet spot where the crook of her chin fits right over my shoulder blade and I have her booty and her back all in the palms of my hands, I cried, just cried. It's good to be home in little ol' Nashville, even though the scenery is less impressive and the obligations more numerous. Lots of people leave their hearts in San Francisco, but mine is in Nashville. I just happened to leave my footloose-and-fancy-free-ness in San Francisco. I'm sure I'll find it again someplace.