One Year as a One-Car Family. 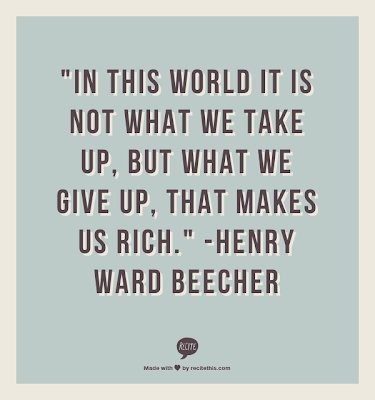 September was a big month for us. It always is. Nekos turned 33. I turned 31. We celebrated 7 years of marriage and 11 years since we first kissed. This month also marked one year that we've been operating as a one-car family.

We sold my Mini Cooper (with its many "quirks") last September. And we kept the Nissan Cube that we "bought" when I was pregnant with Tessa. I say "bought" because I think we only put $2K down on that sucker. We're in fact still quite a ways away from having purchased it in full.

I was really apprehensive about what it would be like for a family of four to get by with one car. I think the only reason we've been able to pull it off is because I work from home. If Nekos and I both had to go into an office--and tote the kids back and forth to daycare--there is no way we'd have been able to do this. The other huge saving grace has been our home's proximity to Nekos's work. His office is about four miles from our house, so on days when it's nice (most every day in the spring and fall) he can ride his bike to work. Plus, one of Nekos's coworkers lives in our neighborhood, and she has been an enormous sweetheart to pick him up all the time. All the rest of the time, Tessa, Livvy, and I take Nekos to and from work.

It's all my fault. The fact that we had to sell our car. When I started doing full-time freelance writing three years ago, I didn't put any of that money away to pay our taxes the following April. Needless to say April 2011 came as one big punch in the gut. After chipping away on that tax bill for half a year, Nekos and I mutually agreed that it would be a good idea to sell the Mini Cooper to pay our IRS debt in full.

Here's the rub: Damned if I didn't do it again and not put any money away for taxes in 2012. I can't recall what I was thinking (or not thinking), but I know it was a tough year for us, financially speaking. I lost the most lucrative freelance job of my life when I was seven months pregnant with Livvy. While I scrambled for more work, we spent the small amount of tax money I had saved.

When the tax filing deadline rolled around last April, it hit us even harder than the previous April. We had no cars left to sell, no magic trick in our back pocket, no escape hatch. The baby cried in the backseat all the way home from H&R Block, and Nekos and I were devastated. We blamed each other, blamed ourselves, blamed our kids. Looking down the barrel of our financial situation and seeing how dire it was--all we saw was darkness and hopelessness. I realized then why money problems are the No. 1 cause of divorce. Money can be terribly ugly and destructive. When your partner spends it frivolously, selfishly, it can come across as incredibly unloving. But just like we need food, we need money. We can never truly escape it, so we just have to learn how to handle it.

The day after we got that second horrendous tax bill, Nekos left on a business trip. We were so angry at one another that we hardly spoke the whole time he was gone. But one of the times I did talk to him, I asked if he'd be willing to go to a Financial Peace class with me. My mom recommended it to us, and it felt suddenly like, Yes, this is what we have to do. We need HELP. He said yes, but not enthusiastically. I was hesitant to go because there's a religious component to the class; I don't mind that, but Nekos is super wary about religious stuff, so I glossed over that part of it when I explained to him what the class was about.

In the end, this past year as a one-car family has been transformative. There have been some frustrations and some logistical nightmares, but far fewer than I expected. We've saved on gas, on insurance, on maintenance, not to mention on car payments. We've spent more time together as a family--in the car, sure, but it's been good time--talking about our days, listening to music, stopping by the grocery store together on the way home. It's simplified things.

And thanks to the Dave Ramsey/Financial Peace school of thought that we've now completely adopted, we are inching toward a future that seems much less terrifying and hopeless than it did last April. We have so far to go--debts to pay off, savings to build, and then maybe, hopefully, Lord willing and the creek don't rise, wealth to build. But there's a plan. Every single month Nekos and I sit down together at our dining room table and hammer out our budget. We support one another's efforts to bring in more money and to reign in our individual spending impulses. I've sold a whole bunch of shit on eBay and Craigslist, tried to steer clear of trouble zones (The mall! Oh, that heavenly place, I know she misses me.), and we stay accountable to one another for most every dollar we spend.

I was chatting with my friend Brooke on the phone a couple of months ago, telling her that there's so much stuff I'd like to do to the house, telling her that we really would love to have another car. I told her that in the past I would have just "put it on the credit card" or signed ourselves up for another car payment we couldn't afford. It feels so different to just live within our means, to live within parameters that we previously ignored. We struggle with it every day still--and sometimes we fail--but the fact that we have one car (that is kind of mangled on one side, as Nekos backed it into an Indian restaurant this year) and the fact that our toilet leaks all over the floor because there's not room in the budget for a new one and the fact that our deck is home to the world's most mismatched, dilapidated furniture ...

"It's honest," said my friend. "You're living a more honest life."

Honest! That's exactly right. I'm being honest. I hear it's tacky to talk about money, but I like to talk about it now. With my friends and family, with you guys. Because the honest truth is that too much of the time my family lives paycheck to paycheck, just like so many other families. But I'm tired of it. So is Nekos. We got sick and tired of being sick and tired, and now we're clawing our way out, having finally realized that the answer is not to make more money (although that can help) but to manage the money we already make wisely. The weird thing is we're kind of having fun doing it. It's bonded us--this mutual task of undoing a lifetime's worth of poor financial decisions. And of course there's more at stake now. It's not just about me and Nekos. There are two little girls whose college educations we'd like to pay for.

So, as we continue learning these lessons, we have four wheels to our name, instead of eight. And it's honestly all good.

Posted by Ellen Mallernee Barnes at 10:33 AM