Tessa at Three and a Half. 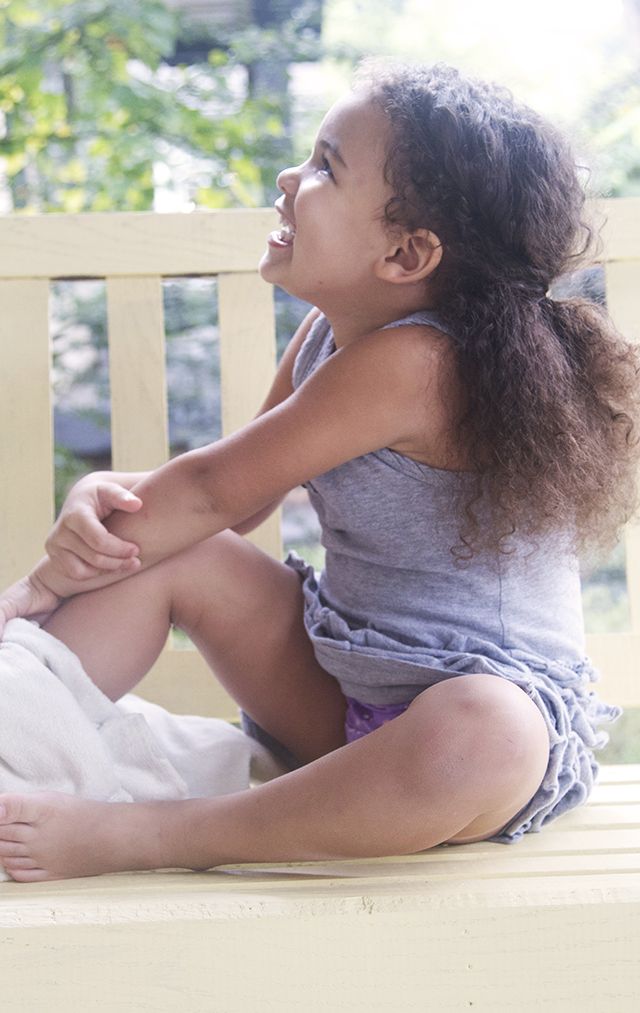 A couple of weeks ago, Tessa hit the half-birthday mark. We didn't put a party hat on her or hand her a slice of cake, but I have been celebrating her in my heart in so many ways. In fact, when I think about Tessa, I get that fluttery, half-dizzy feeling I used to get when I'd have a crush on boys in high school. Back then, I wrote poetry in my diaries; now I write entries on my blog. Back then, I pined quietly; now I get to love my family out loud. I've affixed so much hope and awe and unconditional love to this little girl, with her wild hair and her loud voice and her insistent kisses.

A lot of cool things have been going on in Tessa Land recently. I guess we planted the learning-to-read seeds long ago, with all those story times and alphabets recited. But watching her love of the written word begin to bloom bonds me to her even more. In just the past two months, she's decided that she wants to know what every word starts with and what are other words that start with that letter, too? She goes around saying, "Buh-buh-buh" or "Fa-Fa-Fa" a lot, sounding out words to figure out what letter they begin with. She can spell her own name and Livvy's name. And she has started to write out her name, although it's still a jumble, and she usually writes it backwards on the page, like A-S-S-E-T. 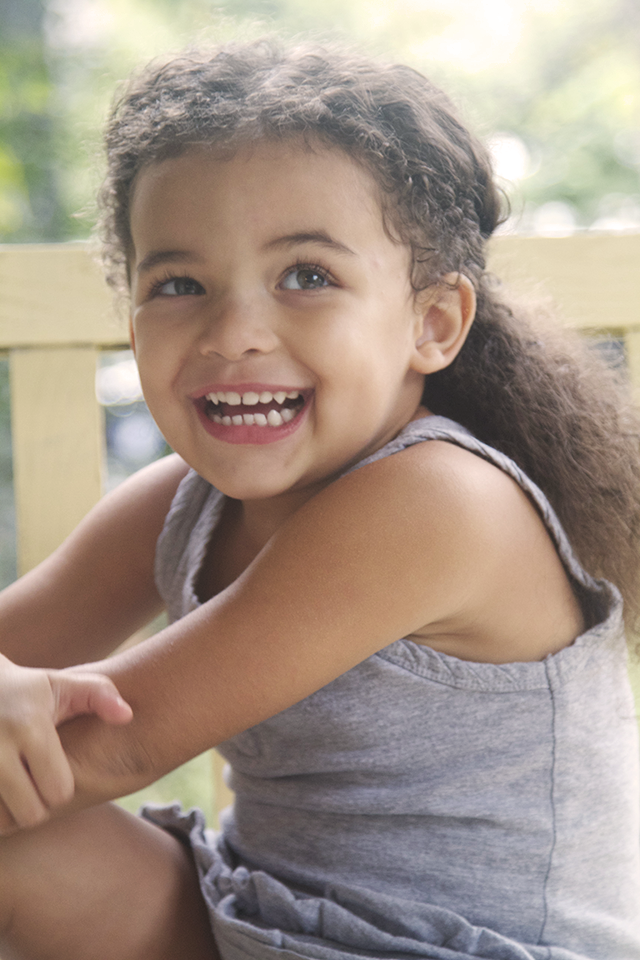 Last week, she got her first haircut. I had been putting this off because her hair is normally a rat's nest (it starts to 'dread about 24 hours after I last washed it and detangled it), and I couldn't imagine any hairstylist taking the time that I do to patiently (or impatiently, depending on my mood or hers) yank a comb through her curls. But since she wants to be Ariel for Halloween, I thought I would practice blow drying her hair and straightening it. (On Halloween, I'll spray it red.) While it was all combed out and semi-straightened, it seemed a great time to go get her dead ends cut off. These pictures show her pre-haircut and post-flat iron. How hilarious is it that this is what her hair looks like after a flat iron? Mine would be stick straight. In other words, her hair doesn't usually look anything like this, but we had to document it with pictures. It's normally either in a puff of a ponytail on top of her head or it's in tight curls that don't go much past the nape of her neck. She was really apprehensive about the prospect of a haircut, as she thought it would mean that she would return home without any of her hair. But she relaxed once she saw minimal curls land on the floor around the stylist's chair.

It kind of bothers me how much Tessa is into her appearance in general. I never tried to stress that with her, as she'll have enough time to worry about her looks later in life. I certainly have made plenty of fuss about how beautiful she is, however, so I'm trying extra hard now to gush about how smart, strong, and thoughtful she is, too. She wants every day to pick out her own outfit and is generally against pants or shorts, always picking skirts or dresses. She loves to accessorize with bracelets, barrettes, headbands, rings, necklaces, and everything has to be princess or ballerina or Minnie Mouse.

I'm sure at least some of this focus on looks comes from her loving to watch movies, which are mostly about Prince Charming coming to a beautiful girl's rescue. Cinderella, Tangled, The Little Mermaid, and Beauty and the Beast are favorites, although she also loves The Princess and the Frog. I have kind of given up worrying about how much TV she watches. It's a great way for me to reward her or to get her to stay quiet while the baby's napping, and it means I can get things done around the house or for work. There's no time to beat myself up about stuff like this. There's only time enough to do the best I can. And I make sure that her TV time is counterbalanced with lots of playdates, one-on-one time with me, and outdoor playtime. Her go-to activity is to play with her Barbies. This is kind of a new thing--a love of hers that we stumbled upon when my mom found a basket of my old Barbies in storage. There was no turning back after that. We've already sent a dispatch to the North Pole asking Santa to squeeze this through our chimney come Christmas Eve. 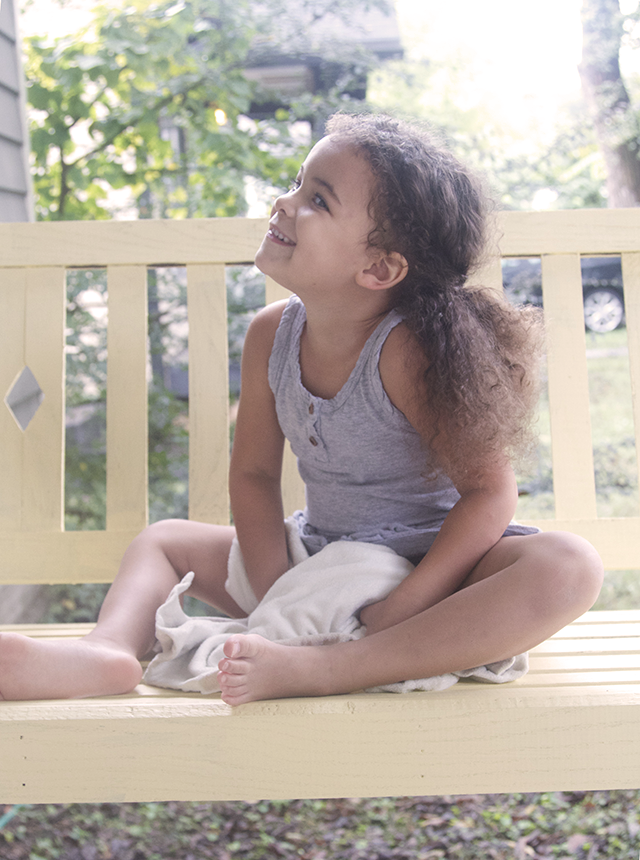 Tessa's tantrums have been better in recent months--more subdued and therefore less infuriating. For instance, yesterday she wanted headbands at the grocery store, and I said, "Nope, can't have 'em." And her face got all red and splotchy and she cried for a few minutes, but softly, and she kept walking with me, instead of flopping on the floor. Maybe she is growing up? This is the only thing I like about her growing up. Oh, and potty training. I guess that was a cool thing about her growing up, too. It was awesome when I didn't have to bear witness to her bodily functions all the time.

In other news, Tessa has a cavity. It appears to be a genetic one because it's in a unique spot on the outside of one of her molars. (But I'm sure it didn't help that we gave her a spoonful of honey right before bedtime for months at some point when she had a cough that wouldn't quit.) In any case, we've visited the dentist several times so far, and we have another visit coming up at the end of the month, during which she'll be sedated so they can fill the cavity. I'm nervous about it.

She is a living doll, and she is growing up too fast. I'm going to blink my eyes and find myself sending her off on the school bus and then ... dropping her off at college. Just thinking about that last milestone, I feel an incredible emptiness. For now, I try to hold her tightly as much as I can, and I come here to write down all of these little details so I can remember what she was like when she was three-and-a-half and giggly and I got the privilege of standing in her doorway, eavesdropping on her playing with her Barbies while wearing a princess costume and kindly letting her baby sister gnaw on a Ken doll.

Email ThisBlogThis!Share to TwitterShare to FacebookShare to Pinterest
Labels: 3.5, tessa, three and a half