The Thing I'm Most Afraid Of 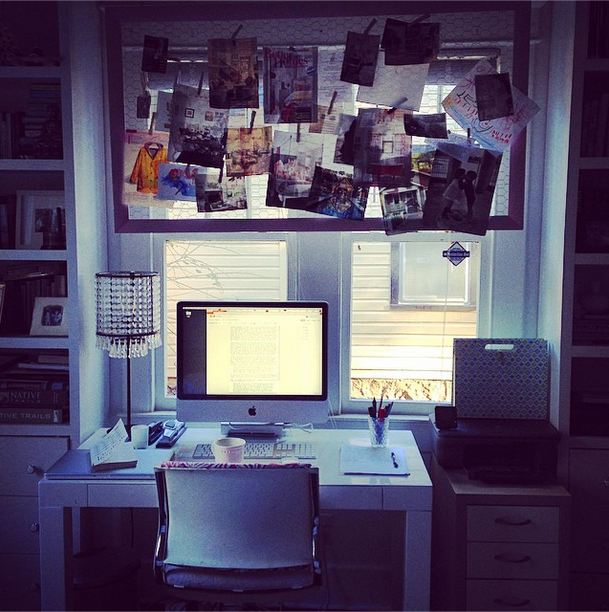 The thing I'm most afraid of is the thing I want the most. Well, almost the most: what I want the very most is a happy marriage and two happy, healthy daughters who know they can always count on me and who outlive me. But beyond THAT, what I want is to write a novel. It's what I have always wanted. Since I was a little girl. I'm one of the lucky ones who always knew what I wanted to "be" when I grew up--a writer. Having Tessa 4.5 years ago gave me the courage to break away from the corporate world, where I was doing editing and writing work, and go out on my own as a freelancer. Even when the babies were little, I needed to contribute my fair share to our bank account or else go back to office work, so I have taken most everything that's come my way: most notably, I've written hundreds (thousands?) of blog posts about chimney sweeping. And while I'm proud to make a living with the pen/keyboard, there's been one blaring item on my bucket list that tops all other items. And I have let it scare the pants off me.

Around a bonfire on New Year's Eve 2013, some good friends and I all wrote down on a scrap of paper what we most wanted out of 2014 and then tossed our hopes into the fire. Mine said, "Start writing my novel." One of my best friends wrote, "Have a baby," and her baby is almost fully cooked now. But it has been a slow start for me, mostly because I started all wrong. At some point in January, I Googled "How to write a novel." Ha. Ha. How lame is that? I was looking for info about length and organization, stuff like that. I came across some dude who writes sci-fi novels like it's his job (oh, because it is) and he advised this really strict methodology for outlining all of your chapters before you start writing. That made sense to me, so I did a little bit of work on that, then put it away ... for months. I found it incredibly boring and also daunting to map out every plot point ahead of time. What I had/have was a pretty general idea of how I want things to go in my book, but most all of the details are outstanding. Trying to foresee all of it robbed every bit of joy from the process.

And then my friend Reid gave me the perfect book for my birthday, which as Angela Chase would say, "just fit into this empty place in my heart." It's Escaping into the Open: The Art of Writing True by Elizabeth Berg, and it's a book about writing. Which is basically the last thing I wanted to read, as I've read so many, and there comes a point when it's just like, OK, go write something already. But this book beguiled me right off the bat, and it appealed to my creative process, which I realized was not at all the same process of that sci-fi writer dude. When I read the following, why I had squandered the past nine months not writing my novel made all the sense in the world to me:


"I believe that fiction feeds on itself, grows like a pregnancy. The more you write, the more there is to draw from; the more you say, the more there is to say. The deeper you go into your imagination, the richer that reservoir becomes. You do not run out of material by using all that's in you; rather, when you take everything that is available one day, it only makes room for new things to appear the next."

Oh, God, yes. So I just started writing. And it's been so very fun; I fall asleep at night thinking of my characters, and whenever I have a moment to daydream my mind goes to them (or else to home decorating and redecorating, which is almost as fun). I may end up writing a stupendously shitty novel and it may never be published and it may take me five years to write, as these kids take up damn near all of my time, but I promise I will just be glad to have done it and to be able to tell my daughters that I did it.

Finally, I read something else that has helped me get over my starting-to-write-my-novel hump, and it's this, said by Elizabeth Gilbert on, yes, Oprah:

"What you don't want to do is walk out of here and start treating your fear like a precious object ... If you cherish that fear and you give it all kinds of attention and you treat it like it's something very special, it's going to end up keeping you from what you really want. Here's what I'm going to tell you about your fear: It's the most boring thing about you. The most interesting thing about you is your creativity, your passion, your love, your joy, your faith--all that stuff is fascinating. Your fear is just as boring as mine is ... It is not precious. It is not special. It is not singular to you. It's just the one we all got wired with when we came in."

Which made me realize I really have been paying homage to my fear of getting started on this book--I've spent far more time telling my friends and family that I'm intimidated by it than I've spent actually sitting in front of my computer and doing something, anything, with that blank screen. Sometimes you've just got to shut up and go for it--even if, especially if, what you're going for is the thing you want the most.

Posted by Ellen Mallernee Barnes at 8:37 AM