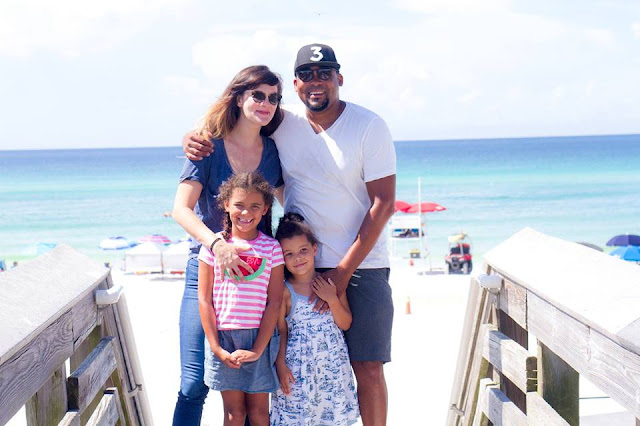 Hey, I'm baaack! My New Year's resolution is to start my blog back up. I miss having it, miss the opportunity to write for pleasure (I write all day for work but that's different), and am still knee-deep in house projects all the time and could use a place to obsess over them. Plus, there are family vacations to document, feeeelings about things that need to be written out, and people to offend (because I have a unique gift for that). To break the ice, here are some things that have happened since the last time I posted a blog ... way back in November 2014.

1) We moved. We sold our 1,600-square-foot 1926 bungalow in East Nashville and bought a 2,200-square-foot dream home that was built in 2015 ... also in East Nashville. Because East Nashville for life. This has meant lots of new house projects and paint (usually some variation of blue) under my fingernails. It's fun to add character to a new build that doesn't need any actual renovation, just some zhoozh (I just got that word from Jonathan Adler, who also uses "whilst" instead of "while," btw).

2) Nekos and I celebrated 10 years of marriage. More recently, we celebrated 11 years. Still in love. Still dorks. Still not perfect and cool with it.

5) Our dog Hattie died at age 13. We'd had her since she was one, and she left a big Hattie-shaped hole that we have tried to fill with Grayton, our new dog. He's a shaggy gray and white 35-pound mutt who's less than a year old. He was recently diagnosed with OCD and has to go on doggie Prozac. I love him. Nekos tolerates him.

6) Tessa has also been diagnosed with OCD--about a year ago. We joke that it's in the water at our house, but what it really is is no joking matter. She's in therapy though and doing really well and we've all learned so much about a disorder that we once regarded more like a punch line.

7) I was laid off from my job at the New York-based PR agency I've been with for six years. I spent a couple of months wringing my hands and scrambling to find freelance work to cover it. But then the agency rehired me and promoted me (big sigh). I still work from home, and I still love working from home.

8) I lost 20 lbs. This happened in the last year. Weight Watchers to the rescue again. It was my 35th birthday present to myself.

9) We took our girls for trips to New York City and Key West, and several times to the 30A area of Florida. I took girls' trips to L.A./Santa Barbara and Palm Springs. And Nekos I had some dreamy little getaways to Tulum, New Orleans, Miami and Leiper's Fork. (Thanks, Mom!)

10) A squirrel jumped out of a trash can I had just opened to toss a bag of trash into. I scared the shit out of it apparently--but I refuse to believe it could possibly have been more terrified than I was. It had its arms and legs splayed and its revolting little switchblade fingernails out. He totally landed on my face/neck area. I screamed and flung him off of me. It ran away. I'm still not over it. The end.

Posted by Ellen Mallernee Barnes at 10:47 AM