A Solo Trip to Ocracoke 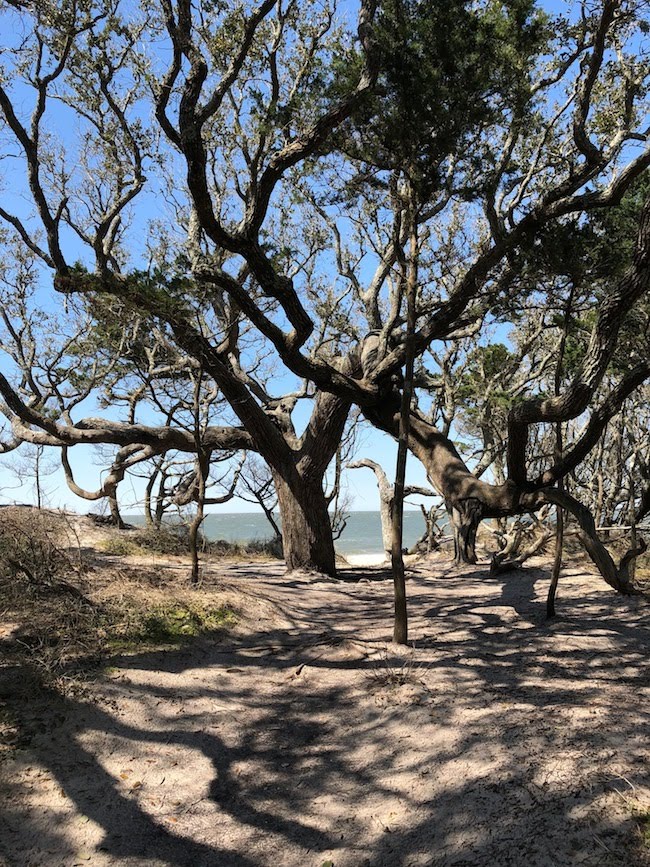 Last week, I went to the Outer Banks to work on my novel, a coming-of-age story that's been unfurling in my head for a few years. (I'm gonna finish writing this motherfucking thing this year if it's the last thing I do.) I needed to get out of its way and just be with my characters, away from emails, chores, errands, my kids and my life.

It was my first vacation by myself, and I went into it not knowing anything except that I was being called back by Ocracoke--the tiny island I had stayed on with my family four years earlier--and that I planned to write, put my phone down (except to take a lot of pictures of signs apparently) and just be with myself. What I couldn't know when I left Nashville is that, at age 35, I would be doing my own coming of age on Ocracoke.

Every single moment of those five days was exhilarating.

Even though I came for solitude, I still sought out connection, more earnestly and purposefully than I do in my "real" life. Every night I took myself out for dinner and drinks, and during the day I eavesdropped at the coffee shop and talked to shop owners and walked for hours. I smiled at everyone. I met some people--people I scheduled interviews with (the high school principal, a local historian, a librarian who let me leaf through old newspapers) and people who I ran into at night. People who were also summoned to Ocracoke. People who are fans of inky black nights shot through with stars and the quiet of the ocean and old boats as yard art. People who don't mind being isolated and who don't give a single shit about climbing the corporate ladder.

But the most important person I met on Ocracoke is myself. I had been buried for so long. Numb. I don't want to be that way anymore. 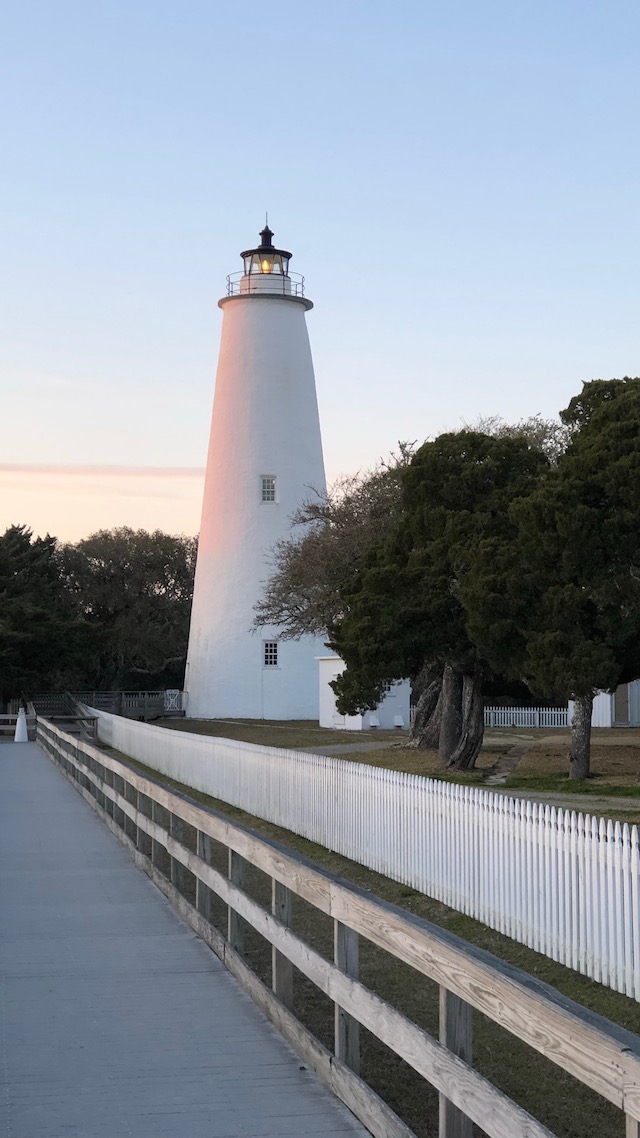 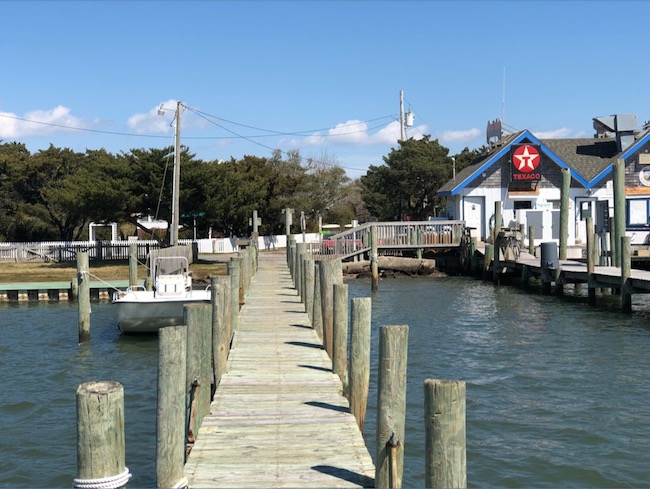 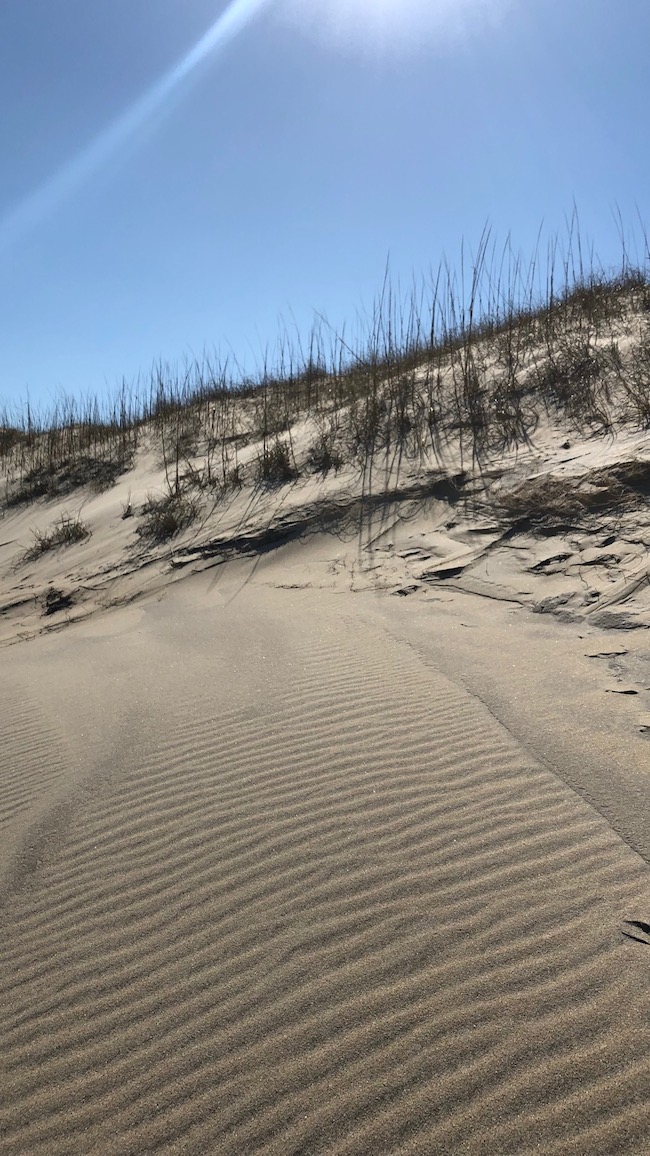 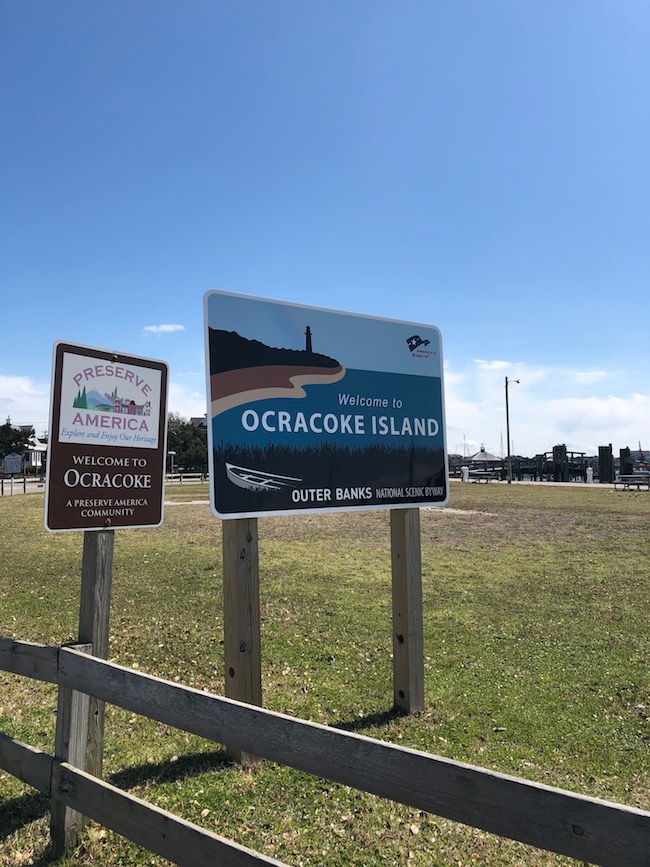 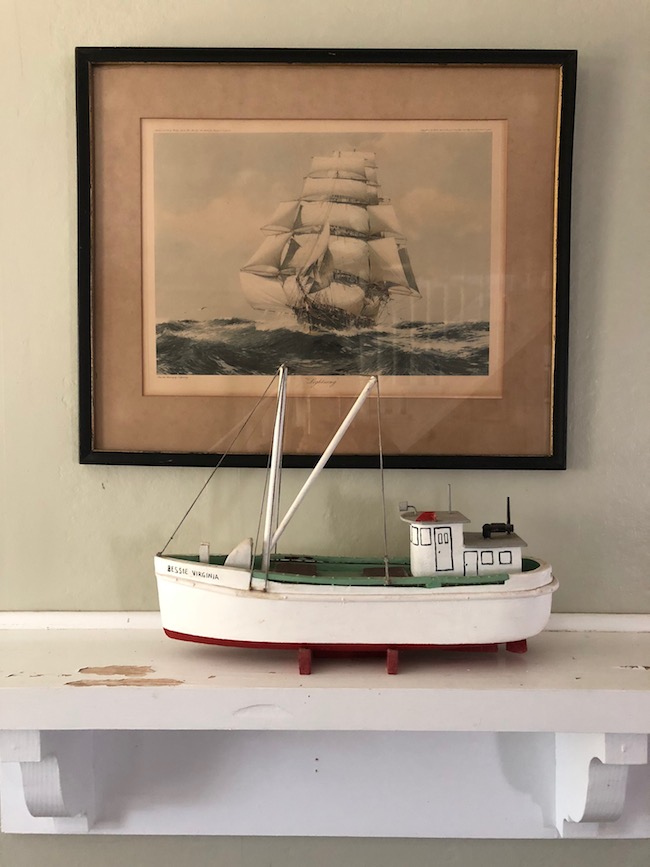 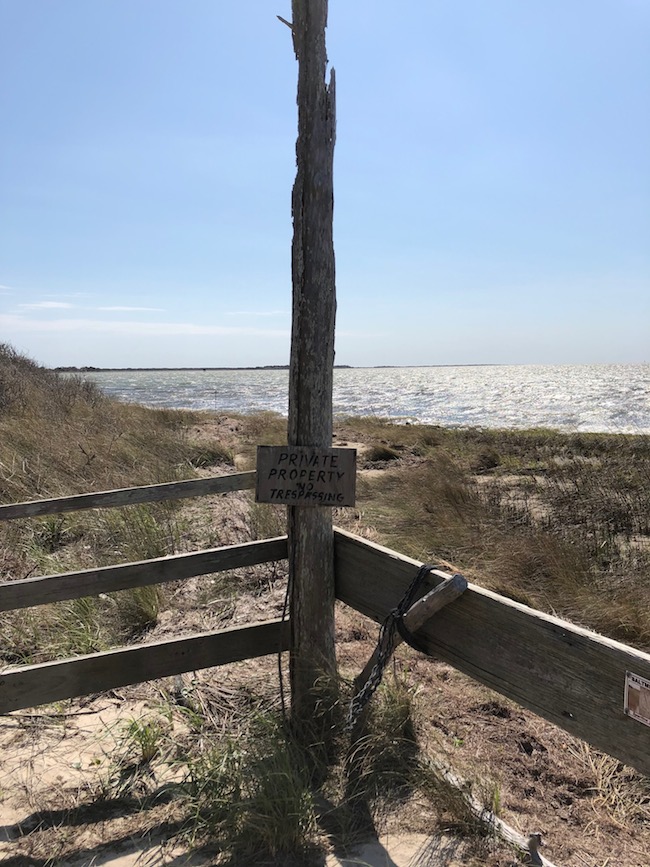 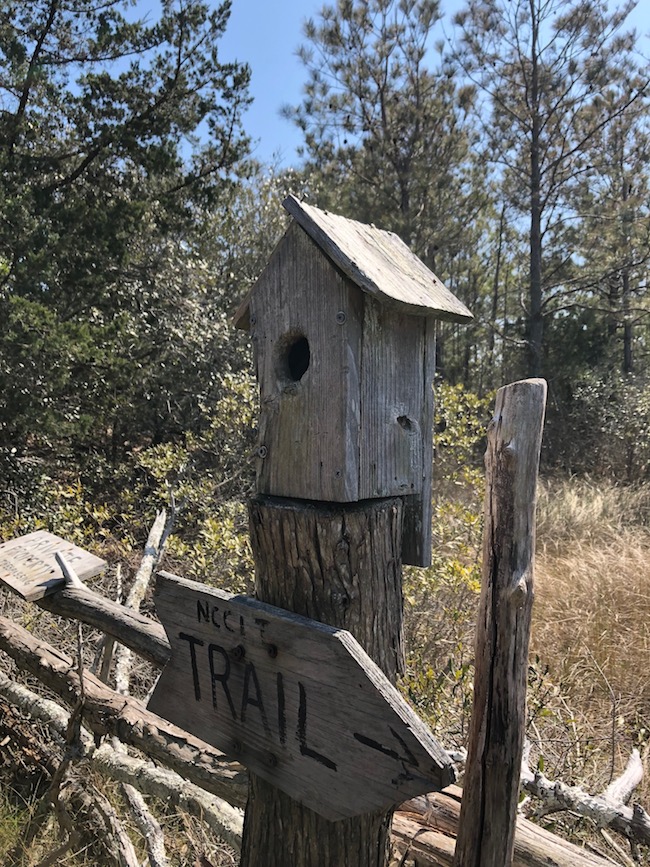 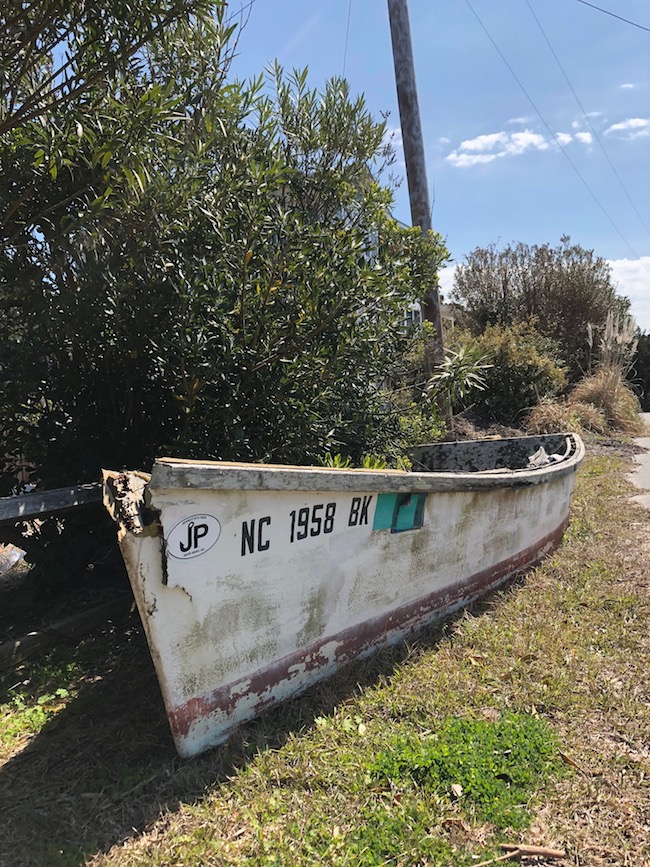 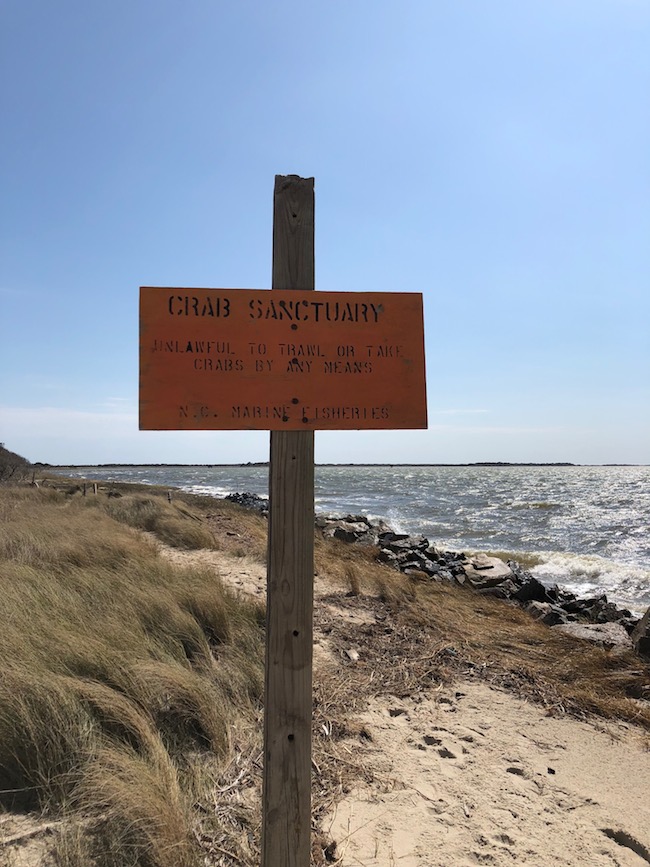 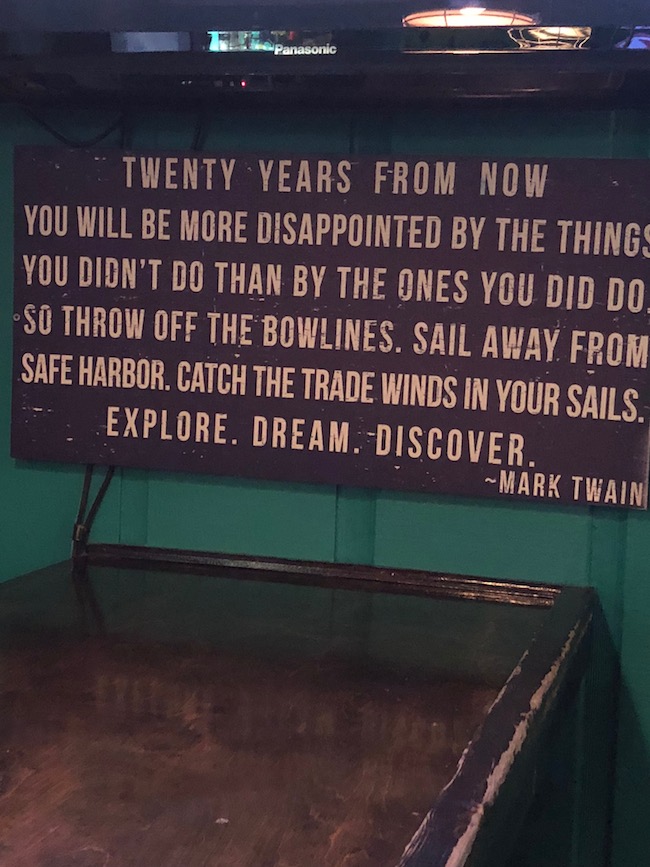 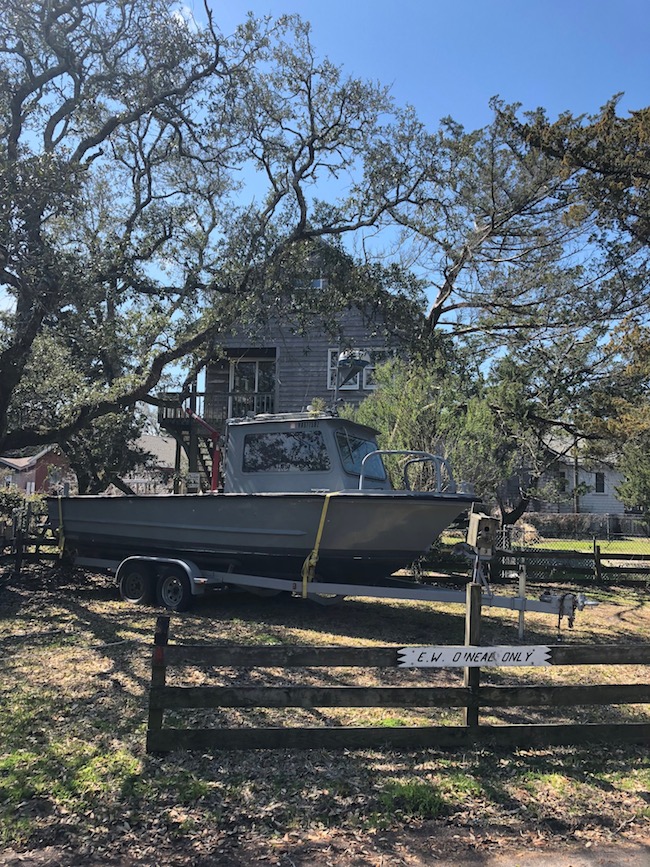 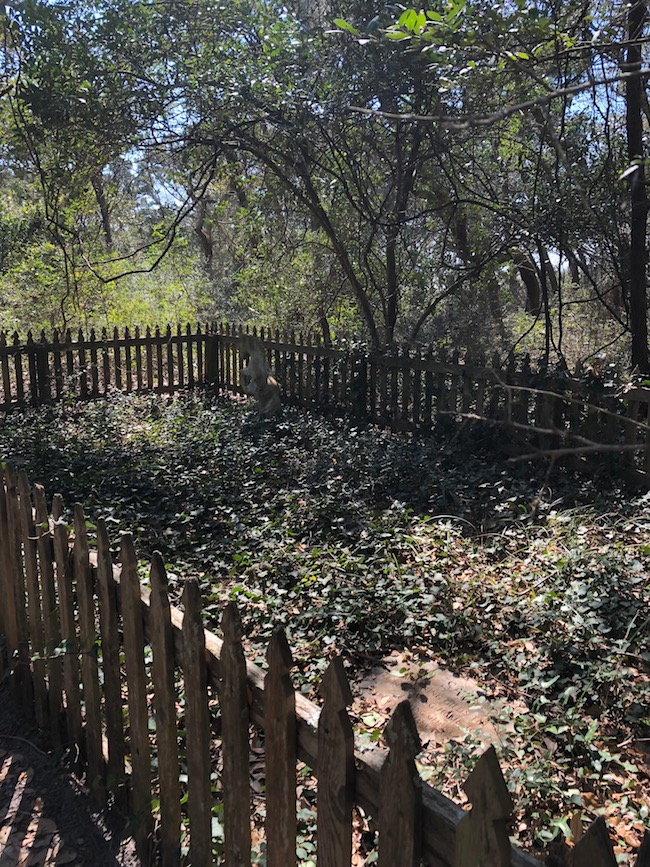 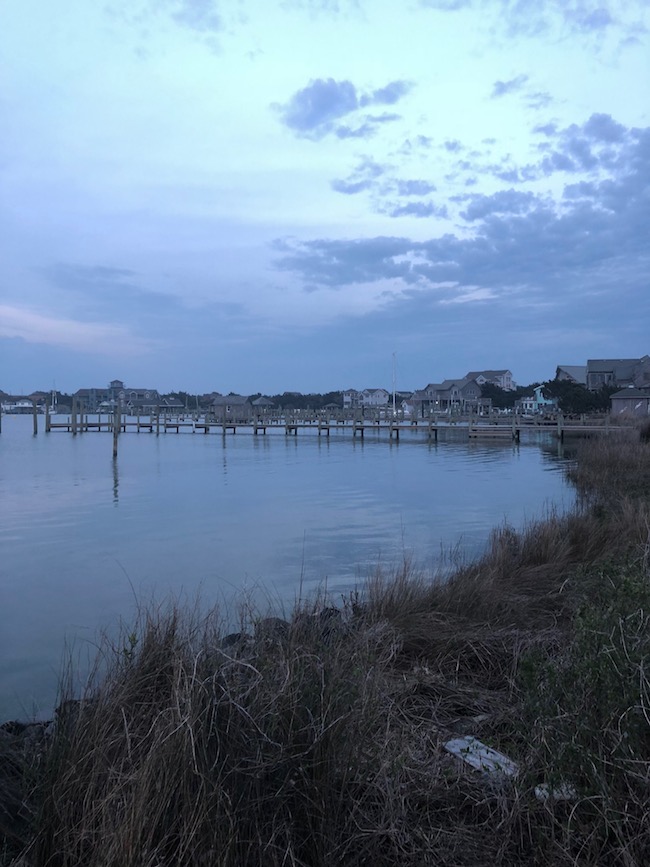 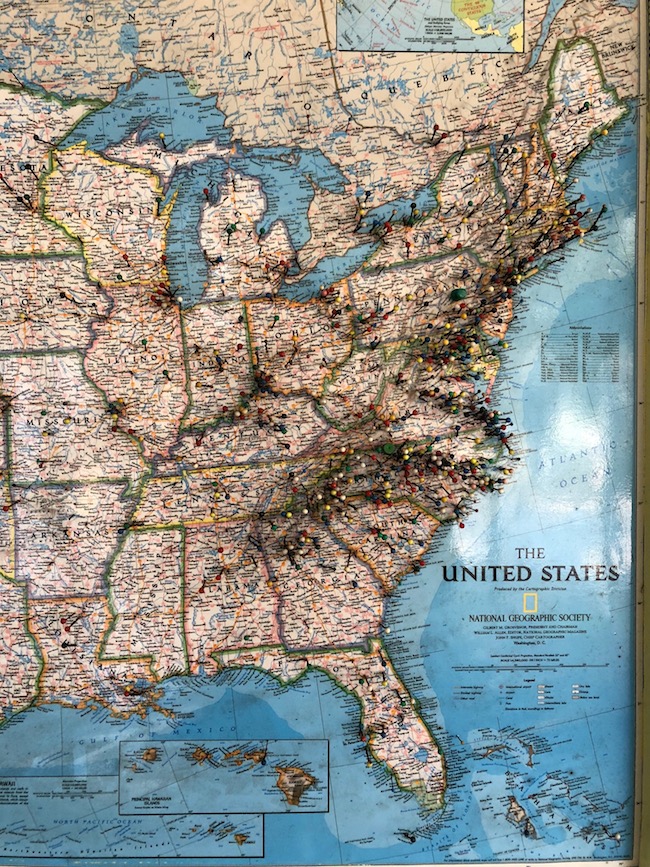 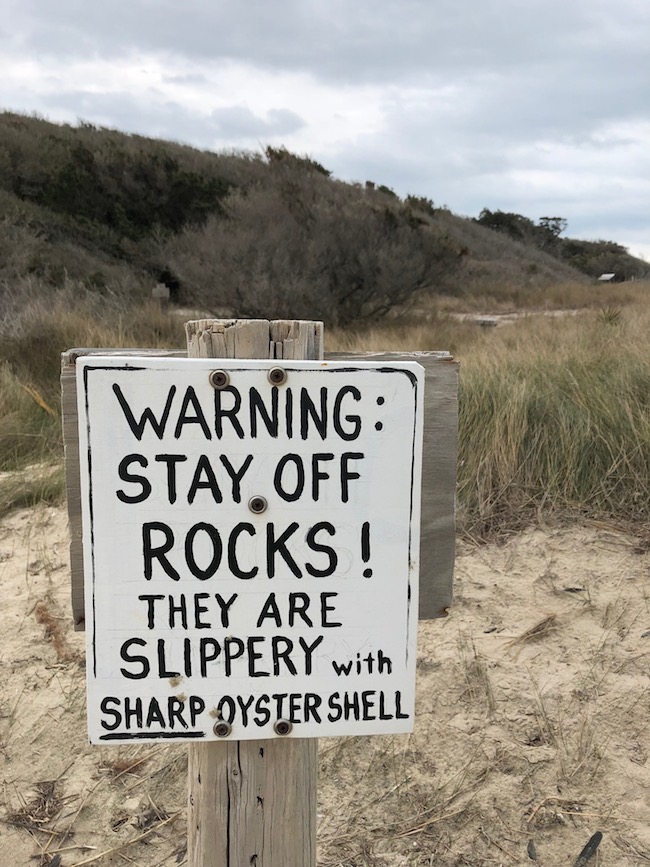 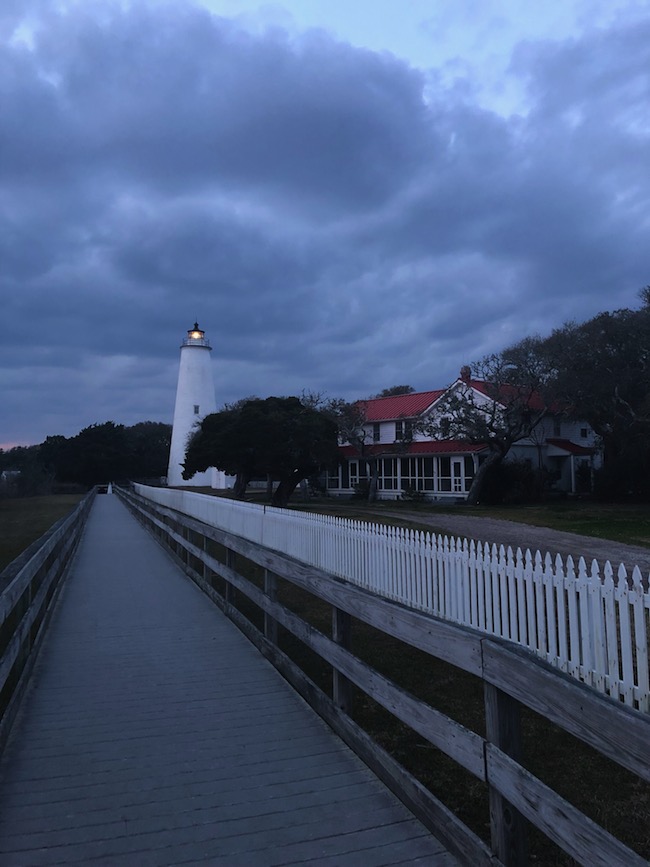 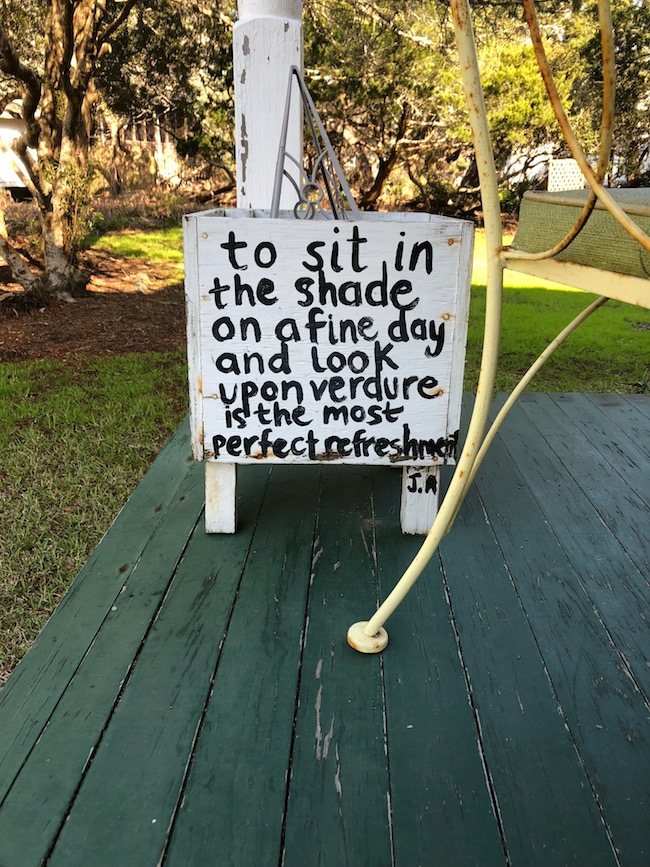 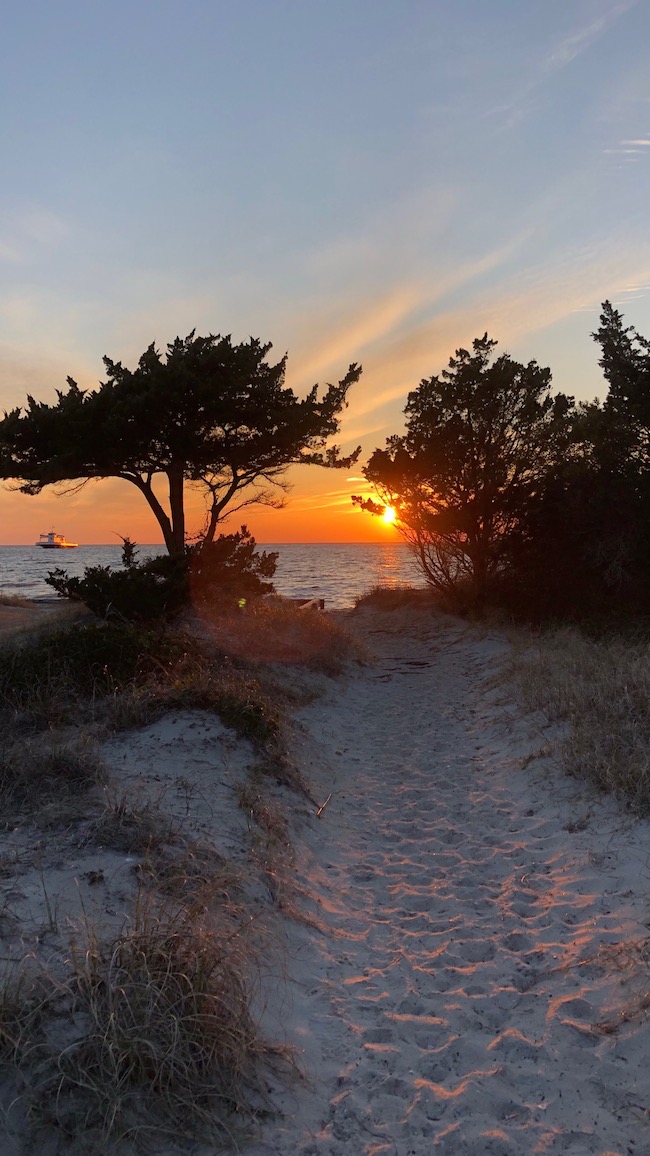 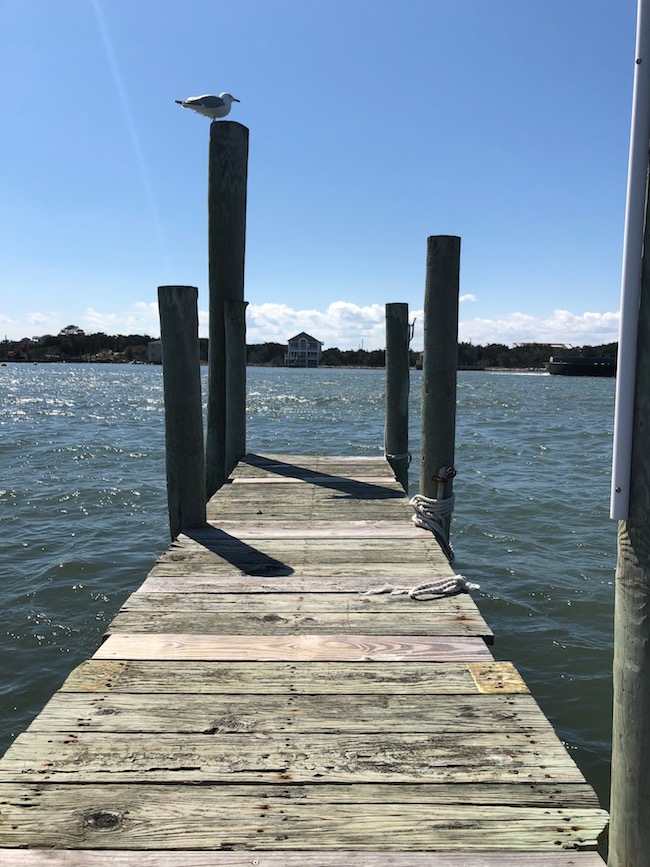 Some quotes I've been meditating on:

"I walked for miles at night along the beach, composing bad blank verse and searching endlessly for someone wonderful who would step out of the darkness and change my life. It never crossed my mind that that person could be me." --Anna Quindlen

"Jonathan and I sat on the small gravel beach and debated why large bodies of water are so alluring. I said it was all about color, and he said it was space. No one could pave it or build on it or sell anything on it. It's just a huge relief for our eyes, he said. But for me it's something more. The water always seems to be saying something to me, urging something from me, though I never know exactly what it is." --Lily King

"All you have to do is write one true sentence. Write the truest sentence that you know." --Ernest Hemingway

"I was reminded of the Four Immutable Laws of the Spirit: Whoever is present are the right people. Whenever it begins is the right time. Whatever happens is the only thing that could have happened. And when it's over, it's over." --Anne Lamott

Posted by Ellen Mallernee Barnes at 11:42 AM