Maybe I should re-title this blog "Black and White and Painted All Over"?

This week's painting project was our front door, which I wanted to get done yesterday before the big rains start.

I got inspired to paint it Benjamin Moore's Wythe Blue after I saw this pin on Pinterest. So gosh dang pretty. And then I learned a fun fact, which is that Wythe Blue is also the color of the foyer in Betty and Don Draper's house, you know when they still lived in a house together. Sold. And also it was named Benjamin Moore's Color of the Year for 2012 because people were so crazy about it. I see why. It's the prettiest shade of blue--robin's egg with a tinge of watery green. 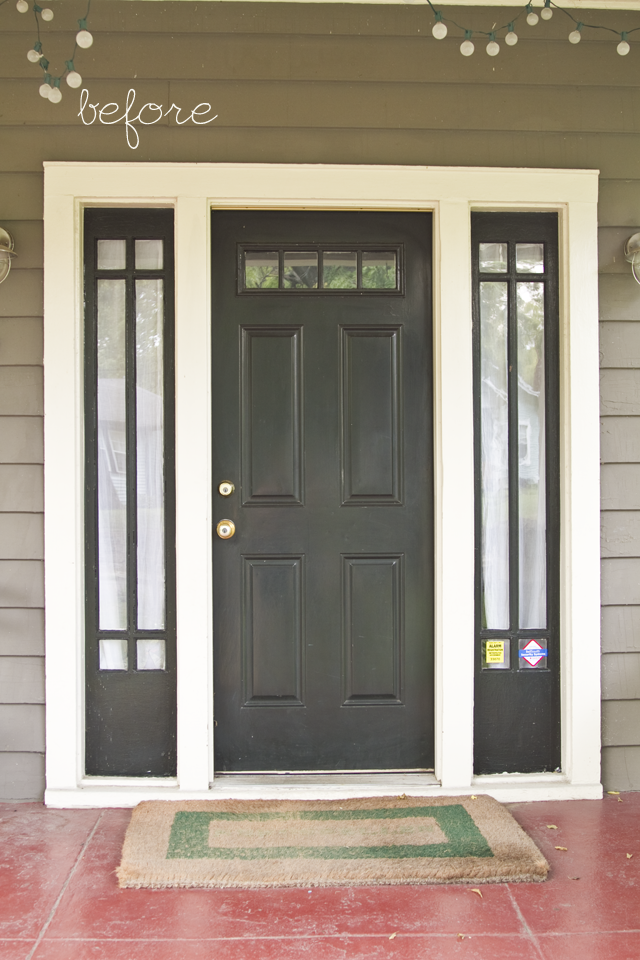 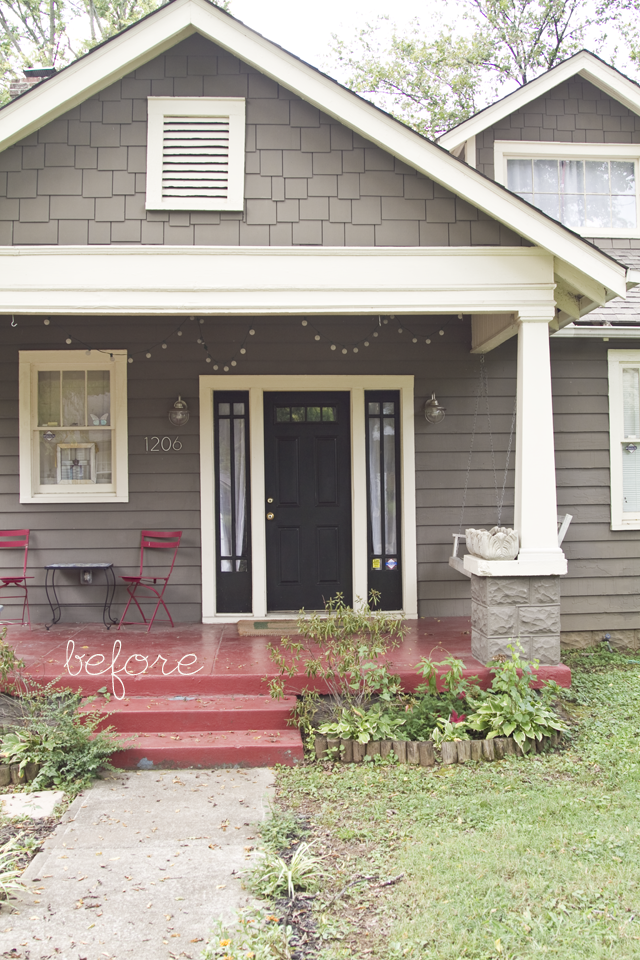 I also painted the sidelight panels a cream color. Talk about a big difference, huh? I feel like I gave the outside of our house some of the same personality of the inside. 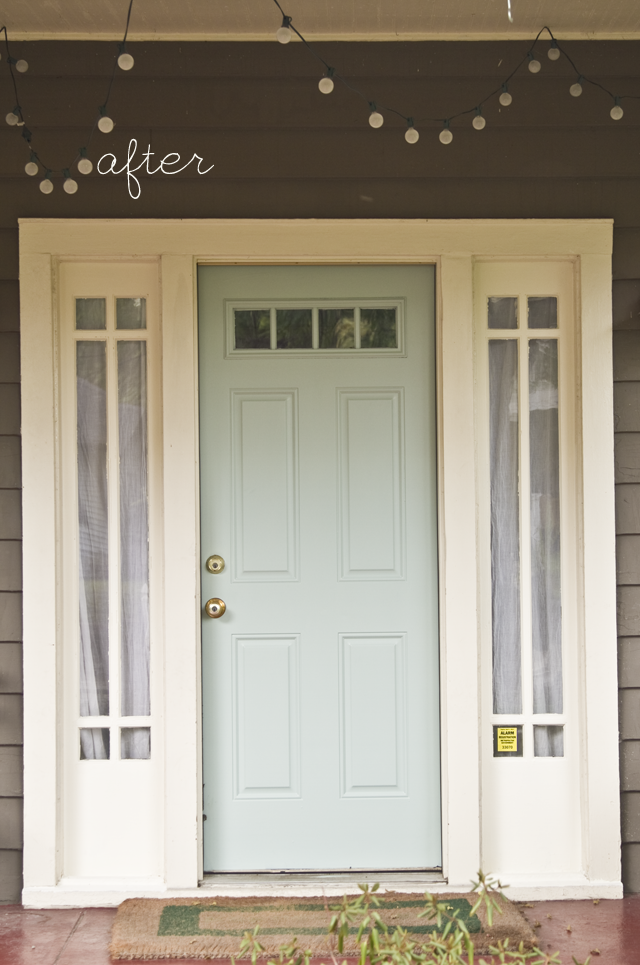 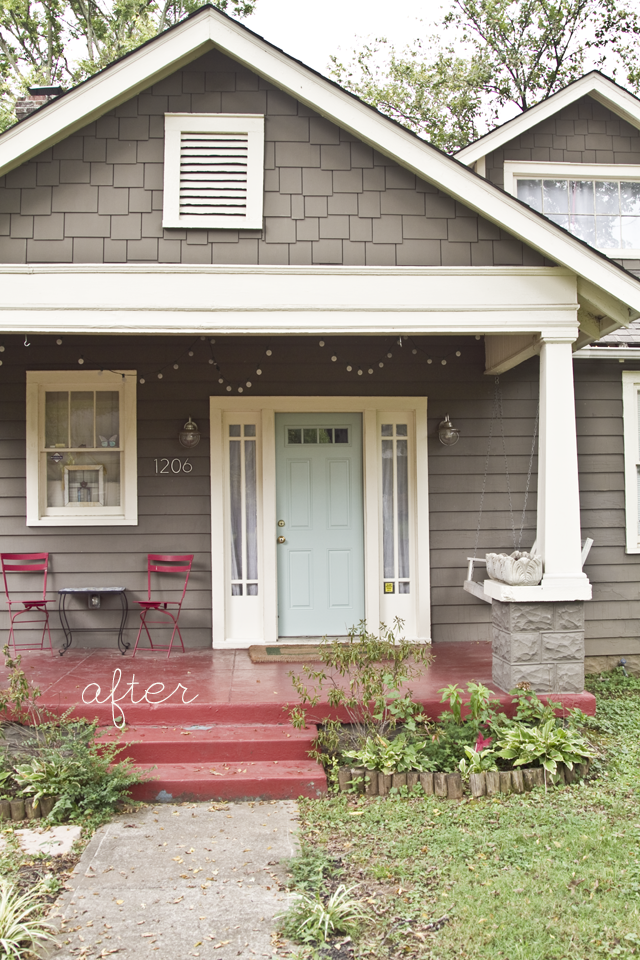 The ultimate compliment came from Nekos, who said he doesn't even want a new front door anymore. This from the guy who's been lusting after a bajillion dollar Craftsman style wooden front door to better match the style of our bungalow.

I think I'll paint our porch swing the same color.

Posted by Ellen Mallernee Barnes at 9:13 AM