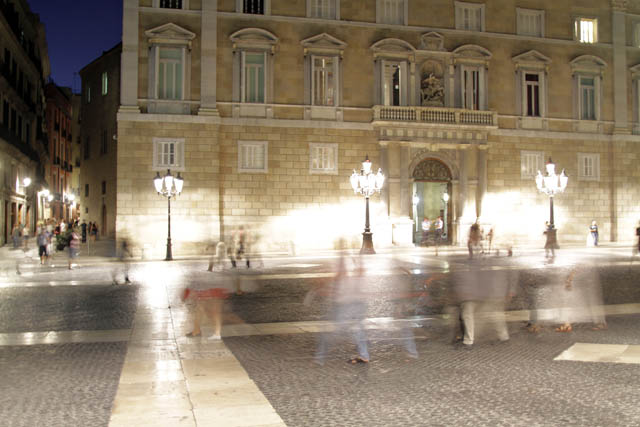 Let me just get this out of the way before I get to the good stuff.

Here's a list of things that went wrong with our trip to Barcelona:

- Our flight out of Nashville was cancelled, and we had to take another flight on a different airline, which means our luggage went missing and we got to the city hours later than expected.

- Our first day in Barcelona was spent mostly seeking out clean underpants, tops, and bottoms since we'd been wearing the same clothes for 24 hours. There were also toiletries to buy. We ended up shelling out several hundred dollars on these things. Anyone who reads this blog knows I like to shop, but swear to God I wanted so badly to be exploring the city instead of figuring out how to say "Where is the H&M?" in Spanish.

- The luggage stayed missing for three days. Finally, on Friday we got word that it had arrived in Barcelona and was on its way to the apartment where we were staying.

- We waited ... and waited and waited. For eight hours we sat in the apartment and waited for a courier to show up with our stuff. This basically ate up an entire day of our trip, which was only four days long.

- We left Barcelona on the tenth anniversary of September 11th and landed in Philadelphia. I can't tell you how many security lines and precautions we endured, all before a very mean woman told us that we had missed our flight even though it was still sitting at the gate. And there was no other flight out of Nashville that day so we had to fly to Charlotte, North Carolina, and then to Nashville. (Never fly U.S. Airways, by the way.)

- I cried really hard in the airport and wailed "I just want to see my baby" into my hands while a lot of people gawked at me.

- I'm not sure how this happened, but an invitation must have gone out because there was a pimple party raging on my chin the whole trip.

- And, the very worst thing of all, somehow on the last day we lost our photo card. We still have a few photos from another card that we used during the first day or so, but the card that was lost had all of our favorites on it—the mosaic tile at Parc Guell, weathered sailboats knotted together in the marina, gorgeous panoramas of the whole city, goofy shots of us in bars and restaurants, riding bicycles and posing in front of monuments. We'd also attached the camera to the back of our bicycles and shot a whole bunch of HD video footage of us riding all over the city. And, um, yeah, we have no idea where the card could be and we are super depressed about it.

I promise I know how fortunate I am to have gotten to go to Barcelona in the first place. But when you spend that much money and that much effort on planning for a vacation, you hope that for all your troubles you'll walk away with something that makes it worthwhile. Now that I've gotten some sleep, I can see more clearly how many magical memories we did make even without the photos to help us recall them.

I emailed my friend Blair yesterday because I remembered how crestfallen she was after she and her husband lost their camera in Morocco during their honeymoon last year. They were left with very few photos from their once-in-a-lifetime trip, and I knew she could relate to us being so bummed out.

She had the best advice, which was to take the time now to sit down and write it all out while it's still fresh. Not so much the laundry list of complaints that I compiled above, but instead to journal the moments that made us just look at one another and smile and sigh and say, "Holy cow." You know, the moments that we captured on that damn photo card.

For the record, I loved Barcelona. Its people are lusty and pleasure-seeking—kissing impulsively on the street and drinking wine at street-corner cafes throughout the day. I loved the language (and teasing Nekos when he said English words with a Spanish accent as if that would help to get our point across). I loved the architecture and the cobblestoned streets, and all of Gaudi's work, especially Parc Guell. I loved exploring the whole city by bicycle and marveling at how easily Nekos figured out the maze of narrow streets. But most of all it was the seashore that I loved—the clear, cool water of the Mediterranean sea, and the men walking down the beach selling cervesas and the women selling foot massages. It was sort of lovely how immodest the women were on the beach, stretched out lazily with their bare breasts drinking in the sunlight. Oh, and the cappuccinos. They were so delicious. Oh, and the manchego cheese and the mojitos.

The apartment where we stayed was another highlight, with the deepest, longest bath tub I've ever had the pleasure of soaking in. And with white painted wood floors and the doors flung open to a private garden terrace, it was nothing short of perfect.

I did very little writing while I was away, but one thing I did write down stands out now. It says, "In Barcelona, you can never forget to look up." I meant it literally—because looking towards the sky always yielded some new surprise—whether it was someone's underpants hanging in a line or an amazing bit of architecture. But now I think it was rather figurative, too. Because no matter how much planning I do or money I spend, life so often has other plans for me. But turning my face to the sky—it really does help.

Speaking of the bright side, here are a few of the Barcelona pictures we DO have from our cell phones and the photo card that actually came home with us: 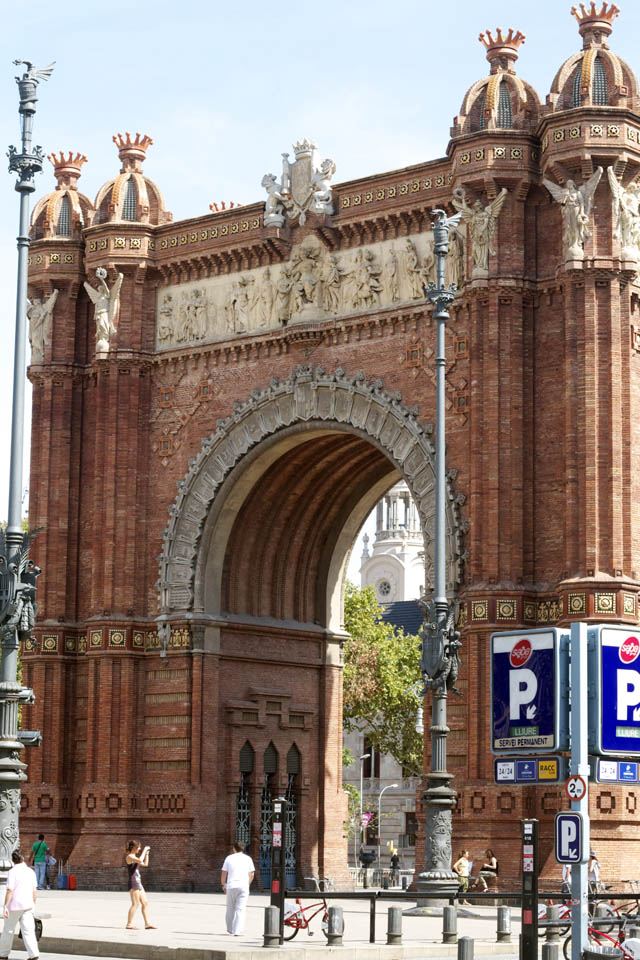 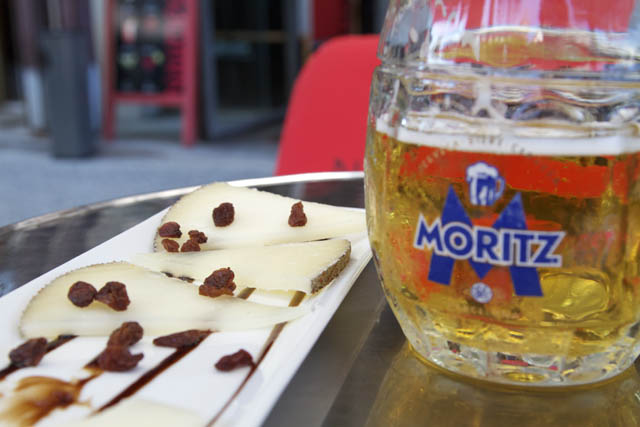 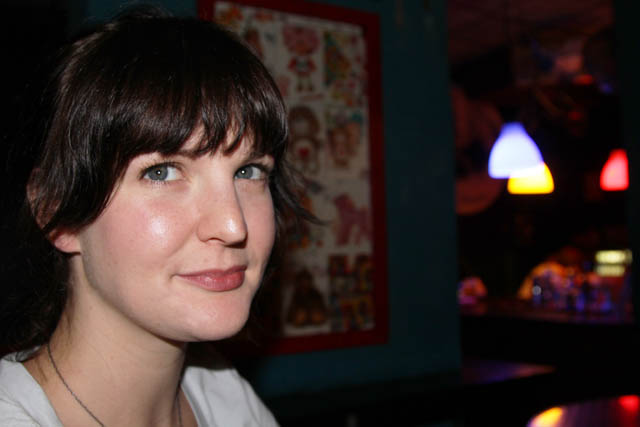 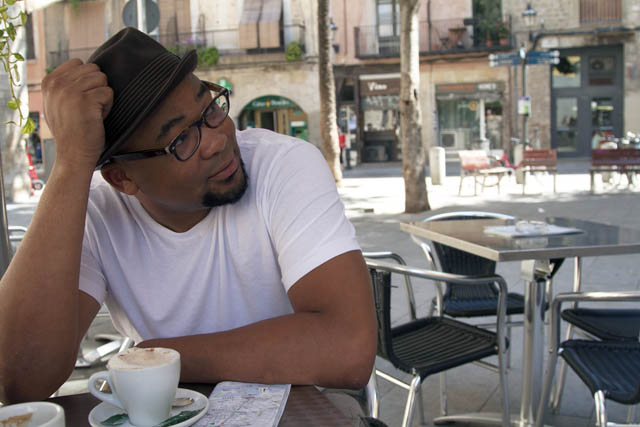 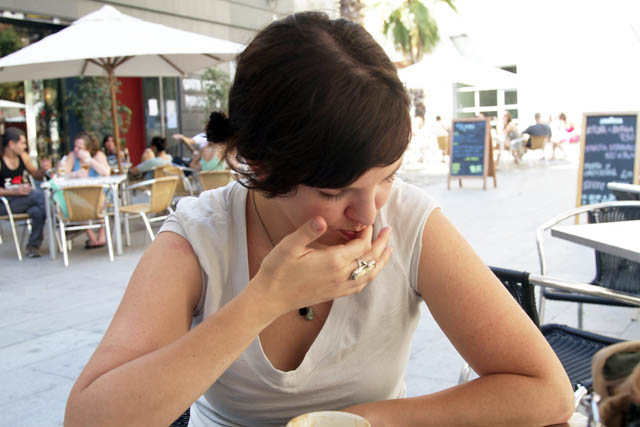 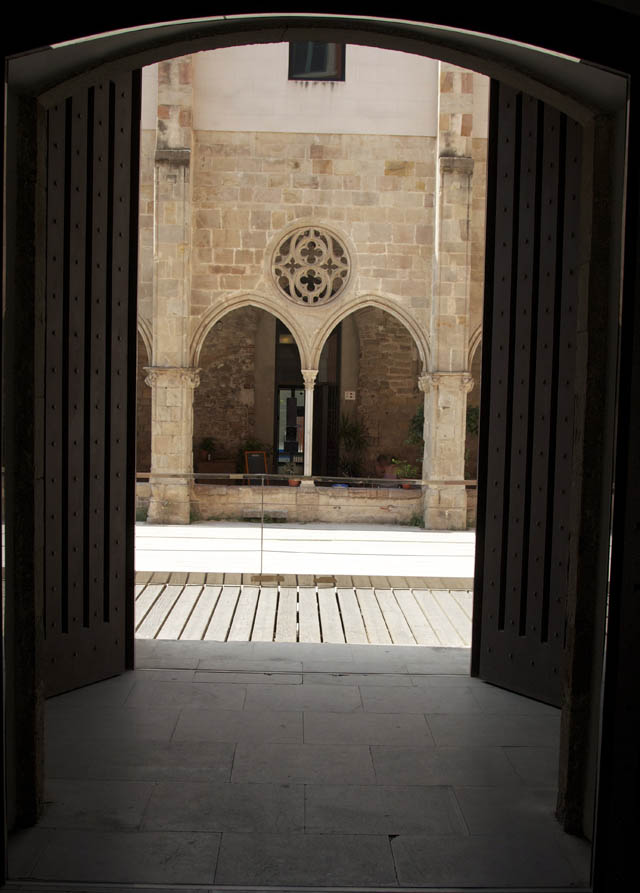 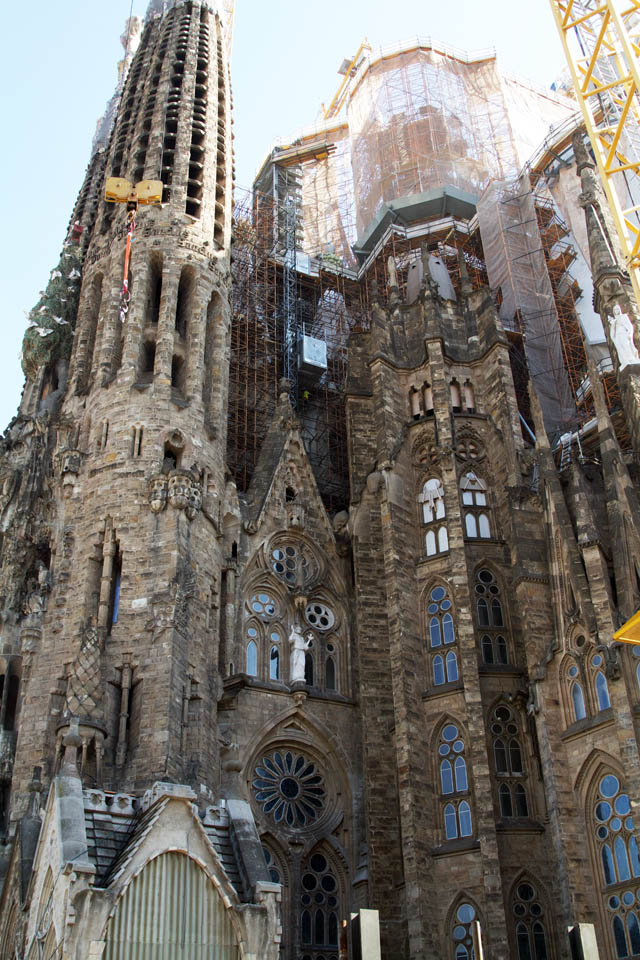 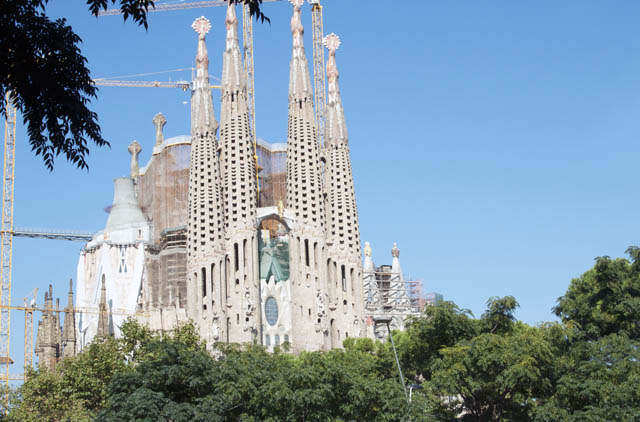 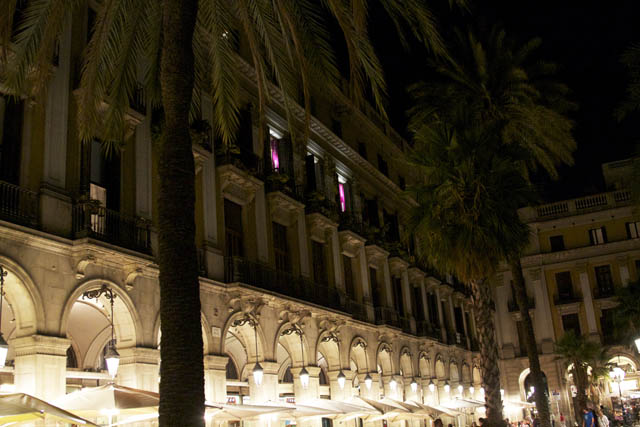 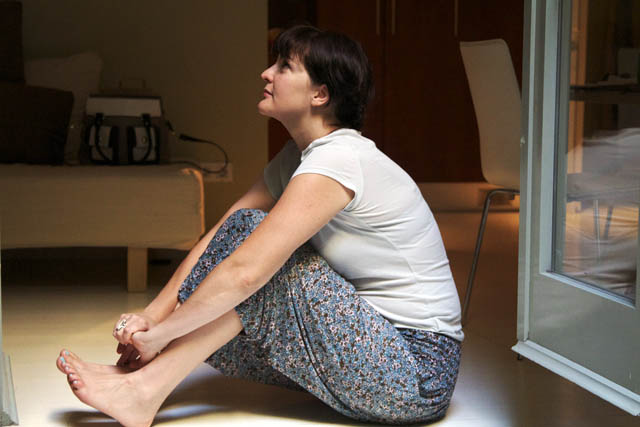 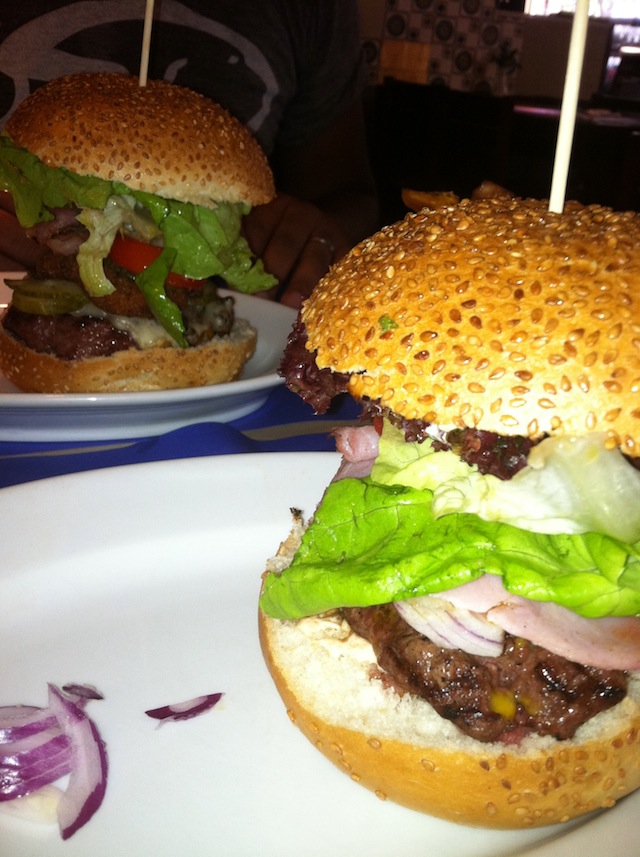 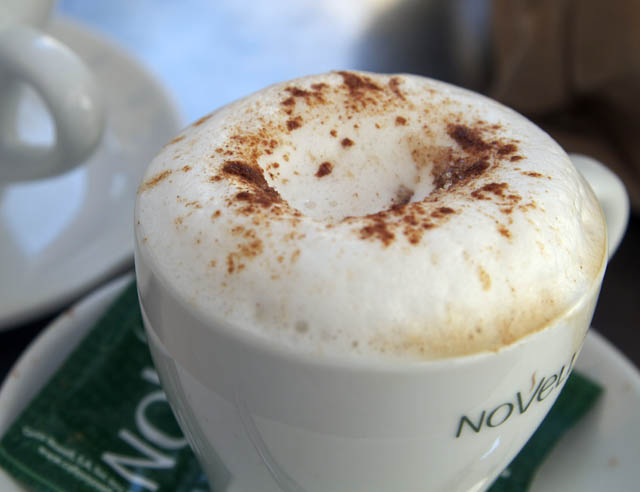 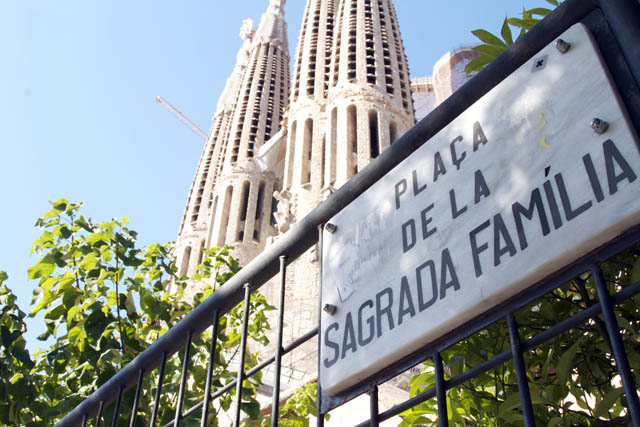 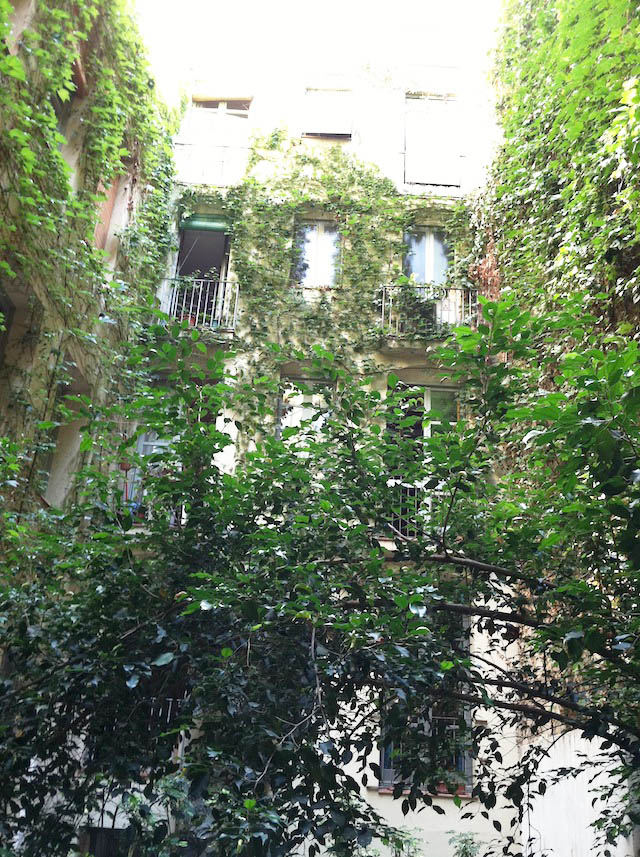 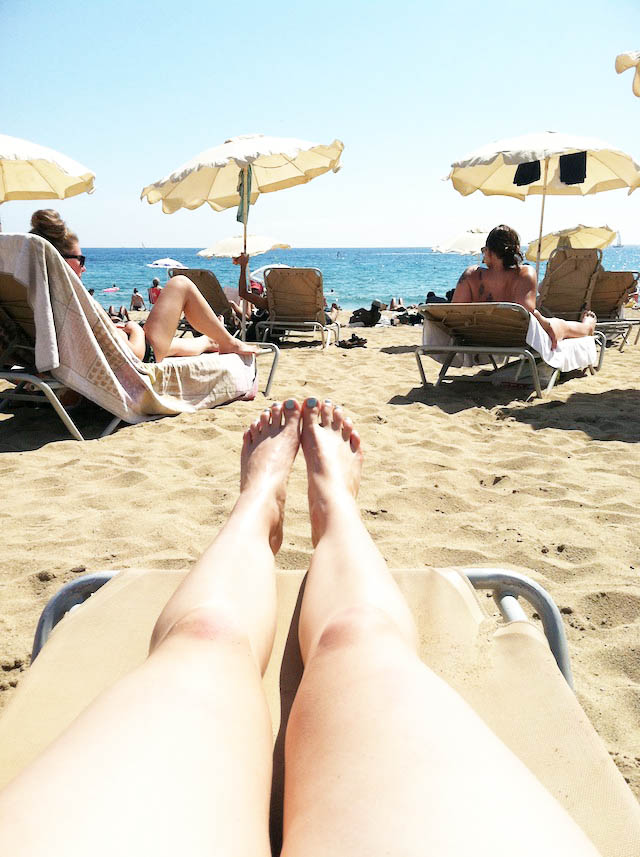